With Sint-Niklaas and Oostmalle we will close the cyclocross season completely this weekend. We start on Saturday with the Ethias Waaslandcross in recreation domain De Ster, where Toon Aerts and Laurens Sweeck are the top favorites among the men. For women, Denise Betsema is number one among bookmakers. Cycling Flash looks ahead.

Who wins in the men in Sint-Niklaas?

It was in 2003 that the GP De Ster was first on the calendar. Sven Nys won the first edition on January 2, ahead of Ben Berden and Arne Daelmans. When the GP had to give up its fixed date to Tervuren after eight years, the organizers dropped out. A move to October was rejected due to being too early in the season.

The organizing committee was given a date just before the Christmas period (Wednesday, December 19) and with almost 6,000 spectators the restart was a success. Sven Nys won for the fourth time, this time beating Niels Albert.

Bpost Bank Trophy
In the 2015-2016 season, event organizer Golazo Sports took over and dropped the Waaslandcross once in the Bpost Bank Trophy, which we know today as the X2O Trophy. That was possible then because the organizers of the Krawatencross organized the BK that year and thus a place in the regularity criterion had become available. Article link https://www.news1.news/news/2021/02/preview-ethias-waaslandcross-sint-niklaas-2021.html

The race was broadcast on TV for the first time and that immediately resulted in an upgrade of the field of participants, while the course also received a thorough facelift. 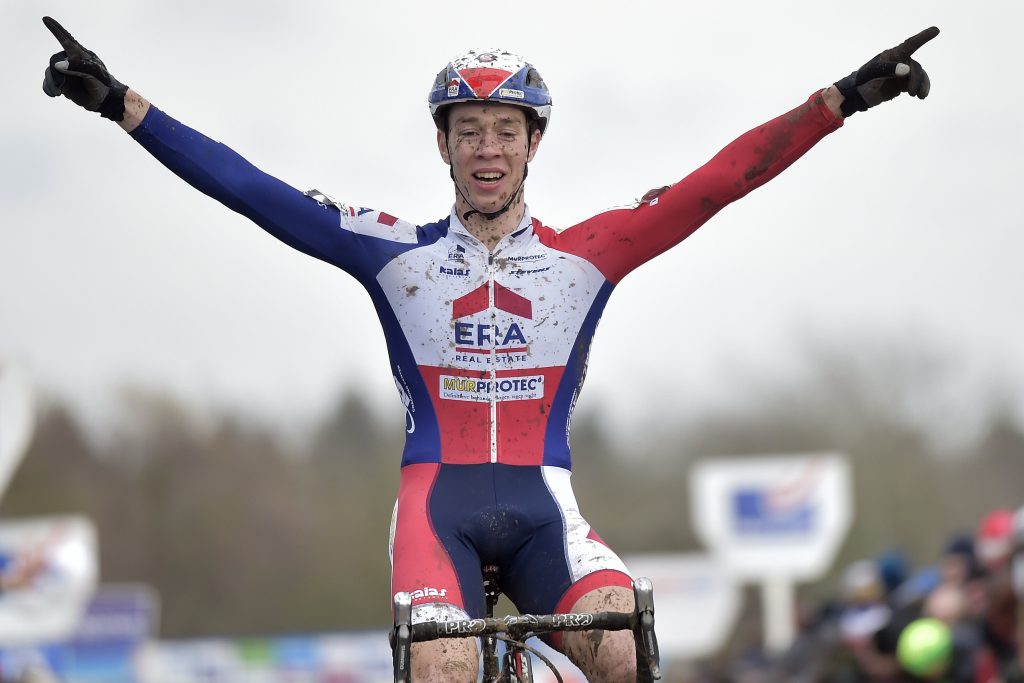 Laurens Sweeck won the Waaslandcross in 2016, then part of the Bpost Bank Trophy – photo: Cor Vos

But a year later, Lille returned to its familiar place and moved the Waaslandcross to the Soudal Classics, a series of loose crosses. And this season, the race is – perhaps once again – part of the Ethias Crossen series. After leaving Maldegem, Golazo looked for an alternative and that became Sint-Niklaas. One big difference with the seven other Ethias Crossen: that of Sint-Niklaas is portrayed by Sporza and not by VTM.

Another thing: it was not until 2014 that a women’s competition took place in Sint-Niklaas for the first time. Sanne Cant has won four of the six editions in recent years. Among the men, Sven Nys is still the record holder with four victories, Mathieu van der Poel’s name appears three times on the honor roll.

The day before the World Cup in Namur, the field of participants in Sint-Niklaas did not look impressive. With Mathieu van der Poel, Quinten Hermans, Tom Pidcock and Zdeněk Štybar, the organizers barely got four real eye-catchers. Hermans took the best start, with Van der Poel and Štybar – only on his third cyclocross stage – in his track.

In the second lap Tom Pidcock moved to the head of the race and the Brit increased the pace. He received Wietse Bosmans, Mathieu van der Poel and Quinten Hermans. And after barely twenty minutes of racing, Van der Poel already reached the finish solo. Article link https://www.news1.news/news/2021/02/preview-ethias-waaslandcross-sint-niklaas-2021.html

The start of a long one-man show. 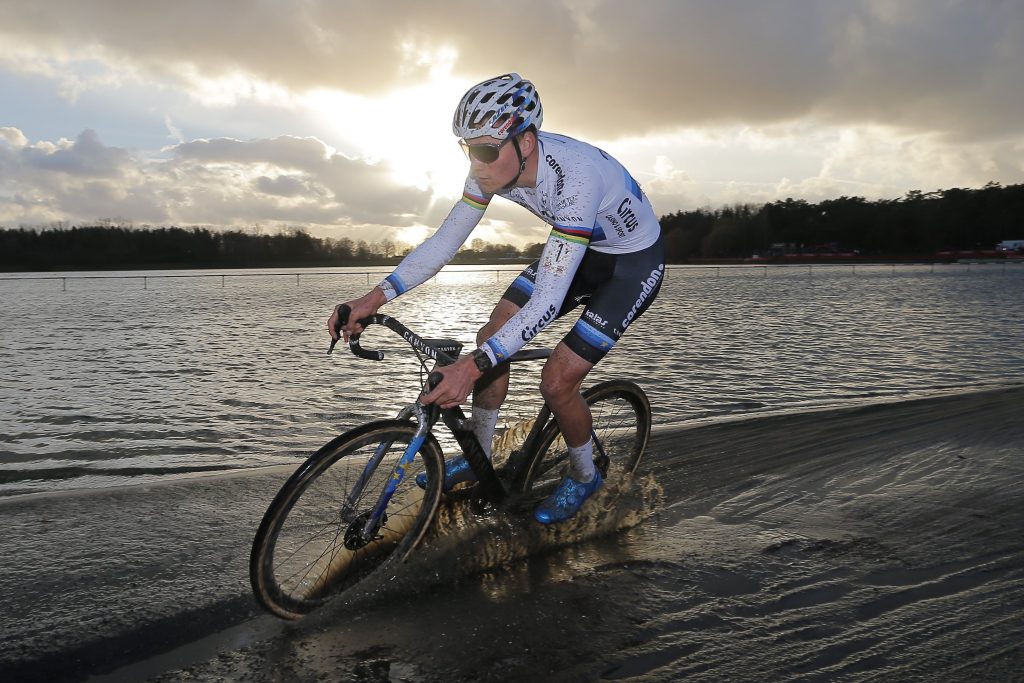 In the second half of the match, Hermans threw Pidcock overboard, but he did not get close to Van der Poel. Eleventh season victory for Van der Poel, who even took it easy in the final. On stage he was flanked by Hermans and Pidcock. Zdeněk Štybar finished sixth.

First season victory for Sanne Cant
Kata Blanka Vas took the best start in the women’s competition. Even when Sanne Cant increased the pace in one of the first sand strips, the Hungarian kept on, together with Loes Sels and Aniek van Alphen. Only when Cant pushed through again did Vas have to pass, just like Sels by the way. Only Van Alphen refused to break.

Just after half-way the fairytale of Van Alphen seemed to be over. In a descent she slipped and had to give in to the world champion for ten seconds in one fell swoop. At the start of the final lap there were five more, and a few sprints later Van Alphen was almost back in the wheel of the top favorite. Just then, Cant in turn crashed, causing the two to sprint together towards the last strip of sand. 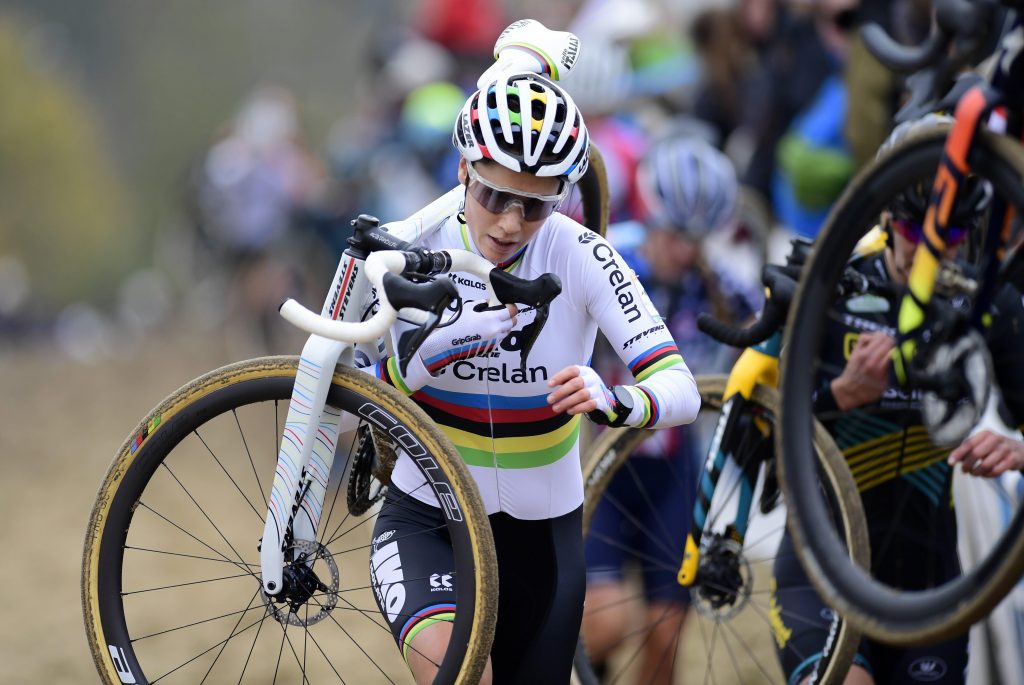 In the last hundreds of meters Cant pulled the sheet to himself. And that provided the necessary relief, because for the world champion it only meant her very first season victory. Blanka Kata Vas finished third, Laura Verdonschot and Karen Verhestraeten completed the top five.

The Waaslandcross has been taking place in De Ster, a provincial recreation domain in Sint-Niklaas since its inception. Article link https://www.news1.news/news/2021/02/preview-ethias-waaslandcross-sint-niklaas-2021.html

The course is designed around the large pond in the domain, surrounded by a sandy beach and sunbathing lawn. Article link https://www.news1.news/news/2021/02/preview-ethias-waaslandcross-sint-niklaas-2021.html

The sandy beach (at the top of the plan) is used optimally, which gives specialists in that work, such as Laurens Sweeck, an advantage.

The sand strips are only in the second half of the course, after a 180-degree turn is made at the bottom of the pond. In part one there are a few technical obstacles (some inclines in the so-called amphitheater), but there is also a good pace to be made. Despite the sand passages in the return to the finish, it remains mainly a smooth course.

Until a few years ago, the finish was still on the athletics track of AC Waasland, which is located south of the swimming and rowing pond. We remember, among other things, a spicy sprint between Niels Albert and Mathieu van der Poel in 2013. One of Van der Poel’s very first professional competitions. Article link https://www.news1.news/news/2021/02/preview-ethias-waaslandcross-sint-niklaas-2021.html

The photo finish then decided on a win. When the Waaslandcross joined the Bpost Bank Trophy in 2016, the track disappeared from the course and the finish was pulled all the way on the other side of the domain. 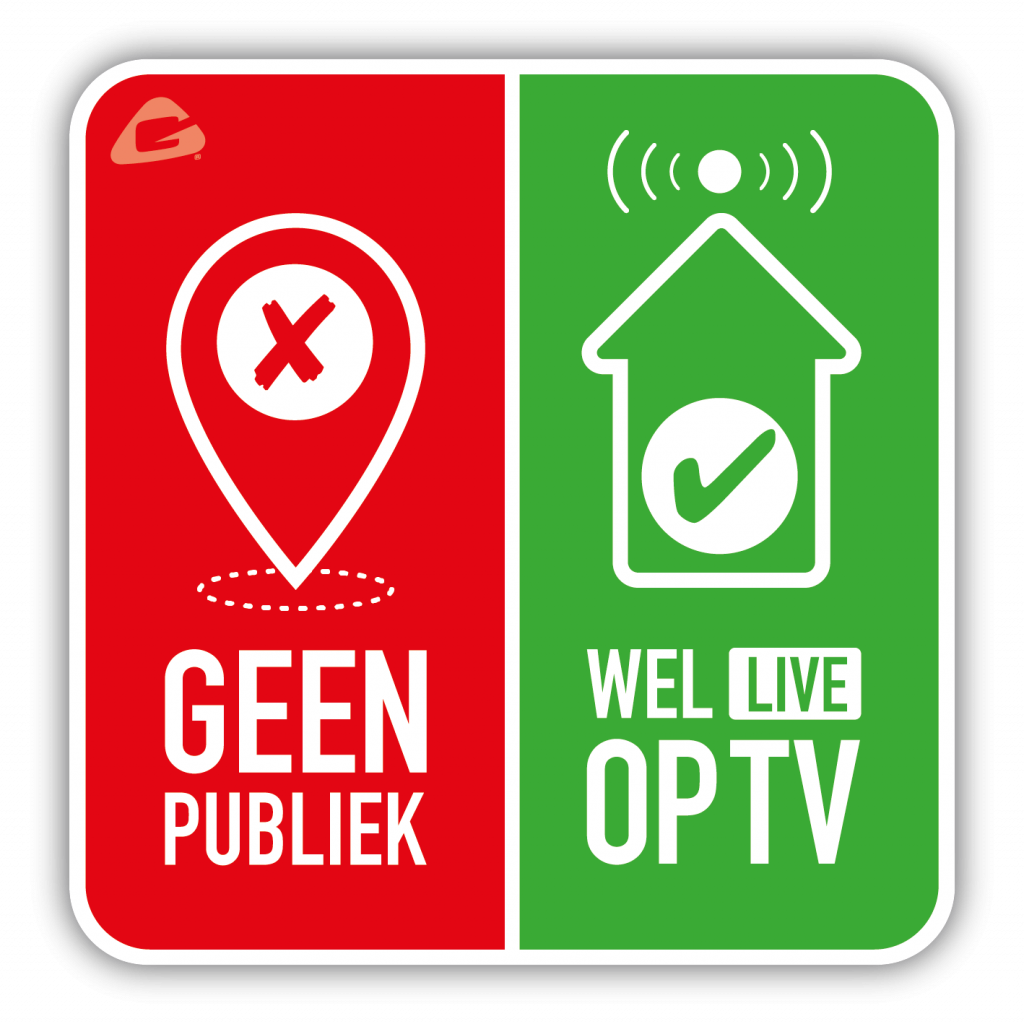 Both matches can be followed live on Sporza

Gentlemen
Laurens Sweeck found his very best legs back in Middelkerke and Lille. But a week ago he was slowed down by bad luck in Eeklo and 24 hours later in Brussels he still bore the consequences. Yet again we give him the benefit of the doubt in Sint-Niklaas. Partly thanks to the surface, of course. Sweeck is a sand specialist and in 2016 won the only classification cross that was held in Sint-Niklaas.

Toon Aerts had a dip after the World Cup, but seemed completely over it last week. Article link https://www.news1.news/news/2021/02/preview-ethias-waaslandcross-sint-niklaas-2021.html

The leader of Baloise-Trek is the big challenger of Sweeck, especially because Quinten Hermans, who surprised last week, is not there in Sint-Niklaas. Corné van Kessel and the young promise Niels Vandeputte are also high on our list of podium candidates. Vandeputte will be extra motivated anyway after he was allowed to sign a professional contract this week. 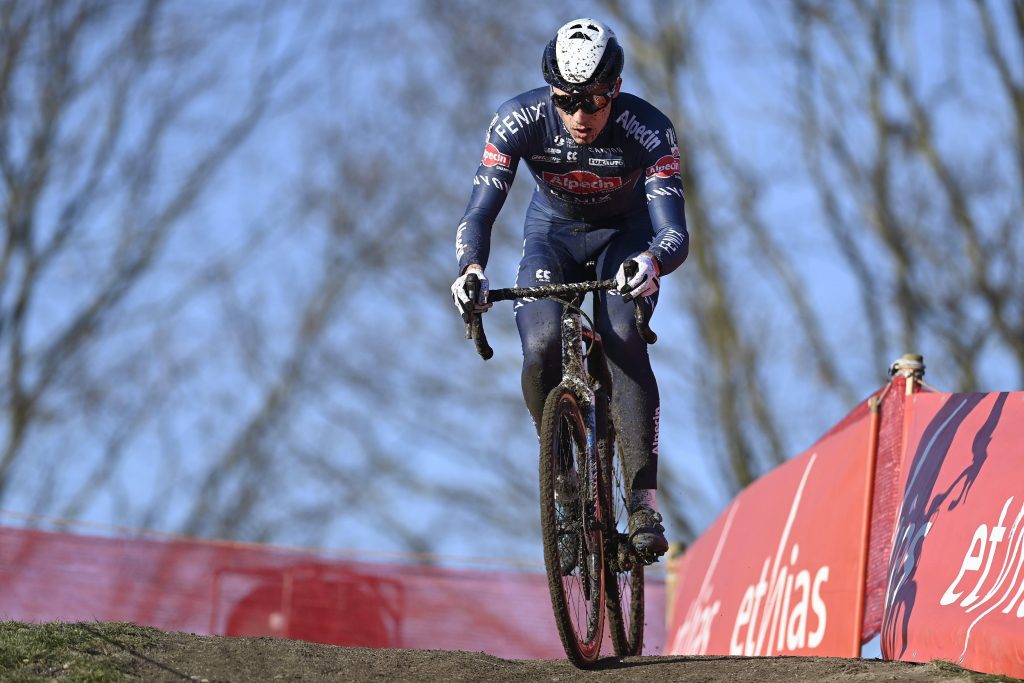 Vandeputte made an impression last weekend in Eeklo and in Brussels – photo: Cor Vos © 2021

Eli Iserbyt and Michael Vanthourenhout already indicated last week that ‘the best has gone’ and seem more likely to be podium candidates than candidate winners. Finally, we give a star to three talents: the Swiss Kevin Kuhn, Toon Vandebosch and the very young Thibau Nys. Nys finished eighth in Eeklo, a result that he hopes to repeat in Sint-Niklaas.

Who wins in the men in Sint-Niklaas?

The field of participants among the ladies is quite decapitated compared to the last weeks. No more Lucinda Brand and Ceylin del Carmen Alvarado. All classification crosses are behind us and a number of top riders are taking some extra rest in function of the spring on the road.

That makes Denise Betsema the sand cleaver par excellence the top favorite for this Waaslandcross. Betsema will maintain her high form after the World Cup and is aiming for a seventh season victory in Sint-Niklaas. Resistance must and will undoubtedly come from Manon Bakker, who proved over the past two weeks that her lesser performance at the World Cup in Ostend was nothing more than a slippery slope. 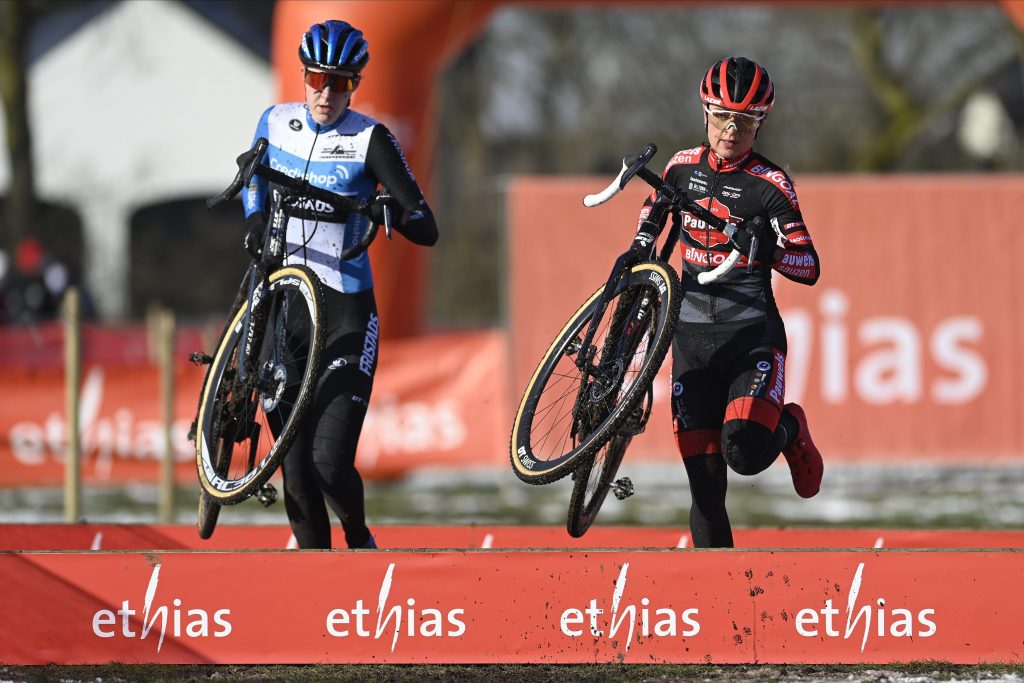 Who wins in Sint-Niklaas with the ladies?

Both the women’s and men’s matches will be covered by Sporza in Belgium (from 1.45 pm) and Eurosport (player) in the Netherlands.