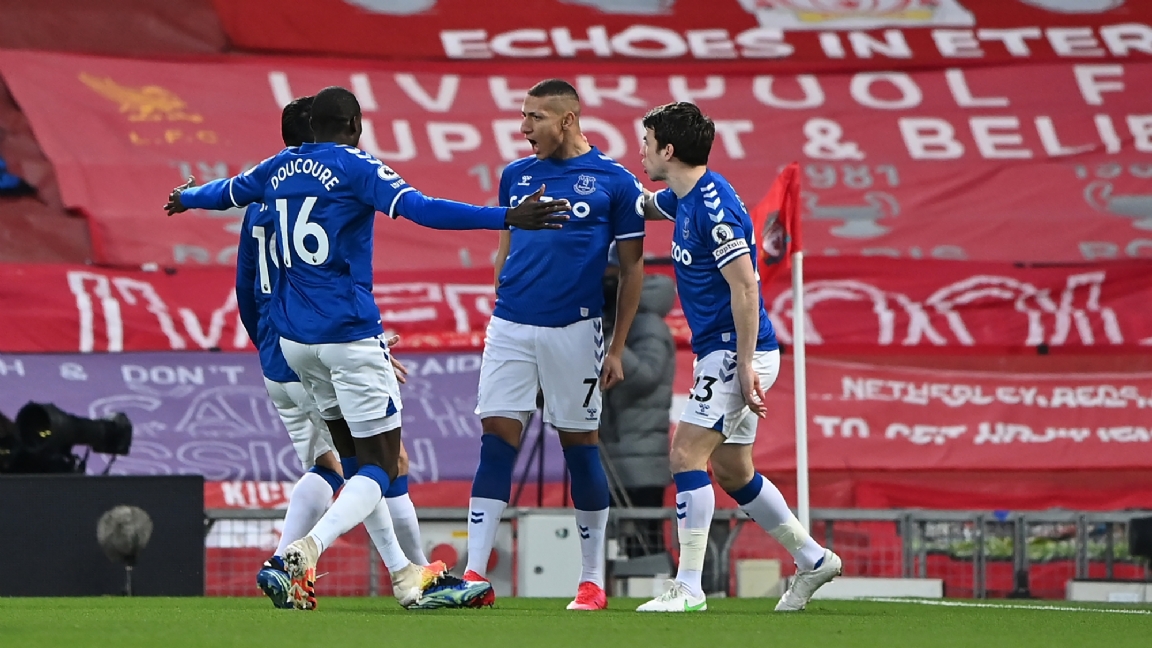 Liverpool lost the Everton Merseyside derby on Saturday night. Manager Jürgen Klopp’s team went down due to an early goal from Richarlison and a penalty from Gylfi Sigurdsson ten minutes before time: 0-2. It was Liverpool’s fourth home loss in a row in a row, matching the negative club record of 1923. Article link https://www.news1.news/news/2021/02/liverpool-lose-merseyside-derby-and-record-worst-run-in-98-years.html

The latter still has a match credit against Liverpool.

After just three minutes, Liverpool was lagging behind. James Rodríguez picked the ball out of the air and sent a superb through ball to Richarlison, who finished face to face with Alisson Becker: 1-0. Liverpool took the initiative and also created opportunities. First Sadio Mané got the ball with some fortune to Roberto Firmino, who in a promising position went wide through the leg of Mason Holgate. After the ensuing corner, Jordan Henderson tried with a volley from the edge of the box, which Jordan Pickford narrowly tipped off his goal.

Shortly afterwards, Henderson had to retire due to a hamstring injury. Article link https://www.news1.news/news/2021/02/liverpool-lose-merseyside-derby-and-record-worst-run-in-98-years.html

The Liverpool captain was replaced by Nathaniel Phillips after half an hour of play. Moments later, the brought-in center-back could not prevent Seamus Coleman from having a free header chance, but was lucky that the ball went straight to Alisson. Liverpool also tried before half-time with a header, which was sent into the side net by Philips.

Liverpool also hunted for the equalizer in the second half, but opportunities turned out to be scarcer after the break. Twenty minutes before the end, a good opportunity followed: substitute Xherdan Shaqiri cleverly played the ball within the box to Mohamed Salah, who bumped into Pickford’s body from close by. Liverpool was then slaughtered in the counterattack. Dominic Calvert-Lewin saw his attempt first turned by Alisson and was inadvertently put down by Trent Alexander-Arnold in an attempt to pick up the rebound. Everton received a penalty, which was used by Gylfi Sigurdsson: 0-2.