Despite the favorite role, it was not Club Brugge that could put the cup in the air on Saturday evening. An eager Antwerp was in the business from the first minute and there was not much to be said about the victory. Afterwards, the Antwerp players explained where they got their motivation.
Because it seemed as if Antwerp was much more motivated than Club Brugge. That the will to win was greater with the Great Old. “Bruges played a match that they had already won in their heads. They talked about the double, absent from us and parties. The media also went along with it”, captain Faris Haroun recorded after the game.

And the midfielder from Antwerp had to say something about the match. “I have received many insults to my head from the players from Bruges. I was able to stay calm under it, but I found their behavior very hautain. ”

People who supposedly know something about football only gave us a 5% chance of winning.

Ritchie De Laet also picked up on what has been said and written about the match in advance. “People who supposedly know something about football only gave us a 5% chance of winning. But if it was 2-0 or 3-0 at half time, no one could say anything about it.”

“You read that you hardly have a chance,” said trainer Ivan Leko. “That’s why we were so motivated. I’ve been in football for 20 to 30 years now and if I know one thing, it’s this: you always have a chance to win, there is no unbeatable team.” 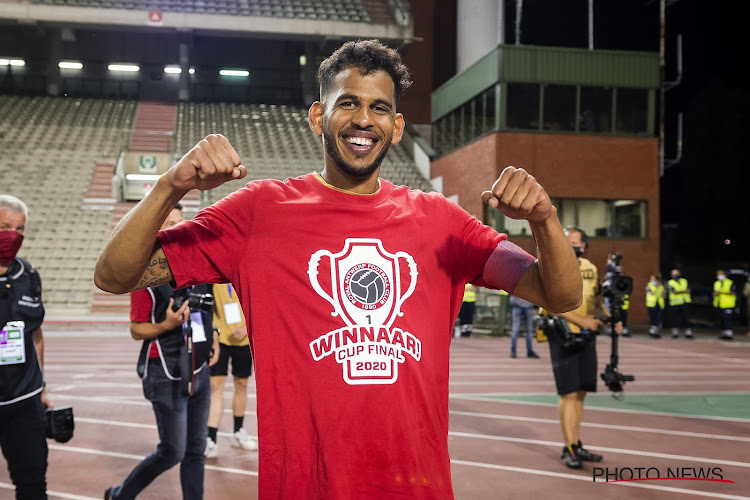 The last word is for Haroun. “Antwerp is not about who plays or does not play, who stayed and who left. We have our mentality and that is fighting until the last minute. That is Antwerp. This victory was well deserved.”

What a match from the Copenhagen goalkeeper! But United pushes through after extra time | UEFA Europa League 2019/2020

Back to the Future: The Conclusions and Expectations from the Pelicans – Sports 5 – Sports Channel

After eight years still furious at Cambuur: ‘I just worked out the door’

Thomas Meunier on the infamous parties at PSG: “If you do …

Phoenix with a sixth straight win, 101: 128 over the Thunder

Michael Ojo fell ill in Corona before his death

Club Brugge has good and bad news about Deli’s injury

Xiaomi Mi Band 5: will it have the SpO2 sensor and Amazon Alexa?

Why did Netanyahu have a meeting with Sarah in blue and white, and did...