The most important side issue in the world is and remains football, even in corona times. And the hot potato has been passed on for several days now. When can we expect clarity and what if it would also degenerate in Brussels? “The situation is troubling.”
The Pro League made it clear that there can and should come an exception for professional football, given the safety regulations they make and the frequent corona tests that the professional clubs take.

Both for the entire country and for the province of Antwerp, training and football should be allowed. According to them, the cup final and the promotion final between OH Leuven and Beerschot (both not on Antwerp territory) could be great exercises before the start of the season a week later.

But provincial governor Cathy Berx was invariably clear: no contact sport in her province and therefore no football, no exception for the professional clubs. In view of the cup final and the promotion final, she also seems (and especially) afraid of (small) parties on Antwerp soil after a possible victory by Antwerp or Beerschot.

First and foremost, the question remains: why is this not being extended to the entire country? I have more and closer contact with others during a football game than I had with most people in my fifteen bubble in the past month, to say anything.

Anyway: Berx passed the ball to the federal advisory body Celeval, after previously had been promised by politicians to come up with an unambiguous text, after the controversy and the lack of clarity that had arisen after interviews with Jan Jambon (N-VA). and Maggie De Block (Open VLD), read our opinion about this again.

But we are not yet on the new fries. Marc Van Ranst clearly indicated at first that he did not want to speak out about football, so that he would have to do that now – he is also sitting at the table at the Celeval. “Football is not at the top of the hierarchy of importance, only apparently it is difficult for those clubs to determine that,” said the virologist at Sporza about that.

Nevertheless, he seemed to have some good news for the cup final and the promotion final, given that these matches do not take place on Antwerp soil – although in our opinion a ban would be better nationally.

The more the situation can change quickly. The Brussels hospitals are concerned, biostatistician Geert Molenberghs of KU Leuven / UHasselt was clear about this To the point: “We have also seen outbreaks in Brussels. Seven percent of the tests are positive, in Antwerp City it is currently about nine percent. That is not good.”

Possible tighter measures for Brussels should be considered 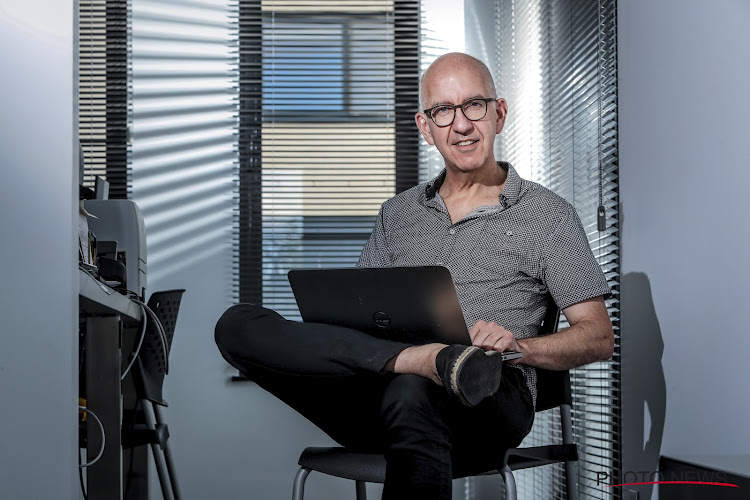 “If it rises above 1%, this is a signal that the epidemic is picking up, and then perhaps more stringent measures for Brussels should also be considered. The situation will have to be followed up, the next days we will have to see if there is a need to shift up a gear. The situation is absolutely worrying. ”

With a view to a final in the King Baudouin Stadium, that doesn’t sound very positive. “The unions bark, the caravan moves on, but a camel has been bitten to death”, it once sounded – to say it with a sham – in Alles Kan Beter. Reality seems to have overtaken fiction for a long time …

Coach about recovery capacity Pogacar: ‘He is on a different level’

How Anderlecht never lost their confidence in Delcroix

‘Anderlecht turns pale after a decision by Jürgen Klopp’ | Football24

Verheyen puts on another blue-black shirt from Club Brugge

Milan premises will be prohibited from selling takeaway drinks after 7pm

Slight increase in number of corona patients in intensive care