div id=”article-body-5817654″>
The establishment of the red zone in the Bergamasca should have been “a government decision”. Maria Cristina Rota, acting head of the Bergamo prosecutor’s office, said this on Rai’s microphones. Answering the question of who i was doingsolar the municipalities of Nembro and Alzano Lombardo affected by the coronavirus epidemic, one of the topics that Bergamo investigations are investigating, the magistrate replied: “As far as we know, it is a government decision. We want to work peacefully, we need peace. There is a duty on our part to do justice, in this moment we are at the first step“, That is,” reconstruction of the facts “. Rota had earlier released a note in which he stressed the duty of the judiciary to investigate the citizens’ request for justice.

“There is a demand for justice from the Bergamo population and there is the our duty to ascertain the facts making the utmost clarity on them, the evaluation of which will be made with particular attention taking into account all the particularities of the delicate situation. As known yesterday and today, Councilor Gallera and the President of the Lombardy Fountain Region were heard as informed of the facts. The prosecutor of Bergamo – reads the note – is carrying out tight investigations in order, first of all, to reconstruct the facts as they were carried out in relation to both the hospital in Alzano Lombardo and in the different RSAS of the province. Second stage – he continues – will be to ascertain whether there is a causal link between the facts as reconstructed and the events and, if so, to establish who is responsible. These are long and complex investigations that will take time. ”

Coronavirus, Fontana in Procura in Bergamo is contested by a group of citizens: “Let’s not forget about this massacre”

Today for two hours the questions answered the governor, yesterday the commissioner did Gallera. “We waited for Rome, until the beginning of March we had always agreed with the government on that type of measures,” he told prosecutors. A substantial confirmation of the words expressed when the controversy raged as to why the area of ​​Bergamo where at least two outbreaks had developed had not been belted as happened in Lodi. For three hours Gallera explained the position of the Region, the decisions taken and also that the infection rates, already starting from February 23 and in the days immediately following, were high and worried.

The investigators found that many of the people who had arrived in the hospital in They raise Lombardo, with symptoms attributable to Covid, already in mid-February they were resident in Nembro, the neighboring country. So why hadn’t the hospital been closed? Why hadn’t it been decided to isolate the two countries? The commissioner said that only afterwards did he verify that the Pirellone could also decide for the closure: “But at that stage we had always dealt with the executive and the Higher Institute of Health”. The other two fronts instead touched by the prosecutor with the commissioner were too many deaths in the RSA (Gallera specified that there were protocols to be respected) and the closure of the hospital, on February 23, which lasted only a few hours, unlike that of Codogno (Lodi). The commissioner reiterated that he had received reassurance on sanitation, at that stage, by the hospital, explaining that the hospital could remain open to deal with the emergency. 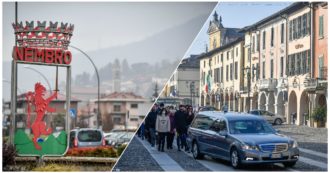 Coronavirus, the outbreak of the Bergamasco: the red zone always announced and never made. “For the interests and pressures of some companies”

In the past few weeks the general manager of Health Luigi Cajazzo who had recorded, among other things, that the decision to reopen Alzano’s emergency room on February 23, after ascertaining the first two cases of Coronavirus, had been “taken in agreement with the general direction of the Asst of Bergamo East “, as it was assured that it was” all right “: the premises sanitized and prepared” separate Covid and no Covid routes “. 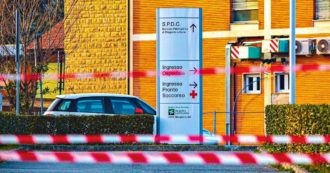 Coronavirus, prosecutors from Bergamo investigate a culpable epidemic. The Nas carabinieri in the hospital of Alzano Lombardo

In the list of pm also the president of Confindustria Lombardia, Marco Bonometti, who in an interview some time ago said: “In the meetings we had between late February and the first days of March, the Region has always agreed cWe do not consider any red zone on the Codogno model useful, but rather harmful to close the municipalities of Alzano and Nembro “. Between late February and mid-March Bonometti had interfaced directly with the Region, relying on the line of company closure but only on a voluntary basis. 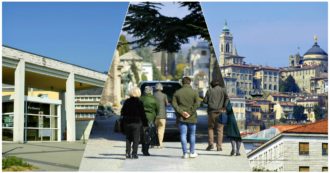 Coronavirus, from the “anomalous” closure of Alzano to the error on medical devices: what happened in the hospitals of Bergamo

we do a public service. This is also why we are proud every day here at ilfattoquotidiano.it
to offer hundreds of new content for free to all citizens: news, exclusive insights,
expert interviews, surveys, videos and much more. All this work, however, has a great economic cost.
Advertising, in a time when the economy is stagnant, offers limited revenues.
Not in line with the access boom. This is why I ask those who read these lines to support us.
To give us a minimum contribution, equal to the price of a cappuccino per week,
fundamental for our work.
Become a supporting user by clicking here.

Because our work has a cost.
We are proud to be able to offer hundreds of new content every day for free to all citizens.
But advertising, in a time when the economy is stagnant, offers limited revenues.
Not in line with the boom in access to ilfattoquotidiano.it.
This is why I ask you to support us, with a minimum contribution, equal to the price of a cappuccino per week.
A small but fundamental sum for our work. Help us out!
Become a supporting user!

5G, Britain excludes Huawei from supplies for the new network

Bonus rents at the start, transfer only possible if the contract is registered

More than half of the 80 shark species in the Mediterranean are at risk. That we eat without our knowledge

Third budget shift coming: here’s how much money will be needed

Hand luggage: the updated rules of Ryanair and Volotea

“The government plays with fire.” Other infected migrants land

How to get a dream farmhouse with less than 10,000 euros thanks to the superbonus

raped and killed by best friend for a no

Di Maio, Aisha and Regeni Minister without his knowledge

Redundancy fund, the INPS table does not say everything about overdue...

NASA, the spectacular ‘Mystical Mountain’ in the astronomical photo of the...

Italian football is about to return, the official times of the...