Eran Zehavi does not make the headlines. At the same time as the sports storm around him in the Dutch media, the star of the Israeli national team, can register another significant achievement in his career today. The player is among the candidates for FIFA’s team of the year for the 2019-20 season, in the pioneers of the year category.

The FIFA Players of the Year ceremony will be held next month. The team of the year or if you want the team of the year, 30,000 football players from the professional leagues (including women) in all countries under FIFA are actually selected, starting today with the Premier League and National League players. Voting began, and each group was given the option of only 25 votes. 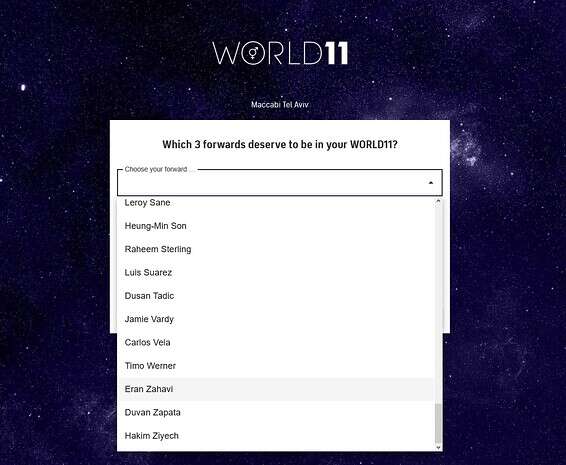 Noordwest and Dijklander are struggling with ‘outage’: registration columns flat and...

Wim De Decker is concerned: “Will have to talk seriously about...

HTMD-Gitte: ‘They also call me the cameltoe queen’

The hospital has always been full

3.5 million Dutch people are expected to be vaccinated in the...

Support package 3+: extra money for the catering and event industry