Hadassah Women, the owner of the Jerusalem Hospital, insists on appointing one of the two candidates nominated for the position of chairman of the board of the medical institution – but is willing to nominate a third candidate – in addition to Dalia Itzik, the preferred candidate, and Prof. Hezi Ofir, as stipulated in the recovery agreement with The state; This emerges from the sharp response letter that the organization sent to the state’s representatives and reached Calcalist.

The leading candidate in the race – and the favorite of the Hadassah women – is Dalia Itzik, former Speaker of the Knesset and Chairman of the Board of Trustees of Hadassah. In 2014, Hadassah reached an insolvency and deficit of about NIS 1.2 billion, and after the signing of a convalescence agreement, the state flowed about NIS 800 million, but demanded rights – including active participation in the appointment of a board of directors, including the chairman. Erez Meltzer, who served in the position for 6 years (a 4-year term and a two-year extension) officially ended his position yesterday, after learning two weeks ago that the Hadassah women do not intend to extend his term beyond a two-year extension.

“We draw attention to your letter, which presents a reality that has no basis. It would have been good if this letter had not been written at all. The paper probably suffers everything, but there should also be a limit to this – especially when it comes to state authorities and their representatives,” Hadassah wives open the angry letter. Regarding Messer and Kedem’s complaint that the Hadassah women had to “raise a red flag” when we examined Meltzer, the Hadassah women respond that “the state is the one that consciously chose to ignore all the warning signs that came from us, time and time again, Proper corporate governance in the hospital A situation in which the board of directors of the hospital is updated retrospectively, if at all, on significant moves promoted by the hospital, including those that deviate from the day-to-day management, is serious and we and you must not accept it. And of great value in the management of the hospital also for your taste – then it is very puzzling to us why to this day you chose to ignore the red flags that were raised, did not address the issue and prevented its correction and regulation.Your claim in your reference that this issue was unknown to you is innocence to say the least. “And to the truth and the facts on the ground, and certainly not in its place. And if we are already dealing with proper corporate governance, it seems that your letter is the one that may serve those who are probably not interested in the existence of proper corporate governance in the hospital.” ‘Zeev Rothstein, who the organization has already expressed wanted It’s a goat to replace – and so is a waiter himself. 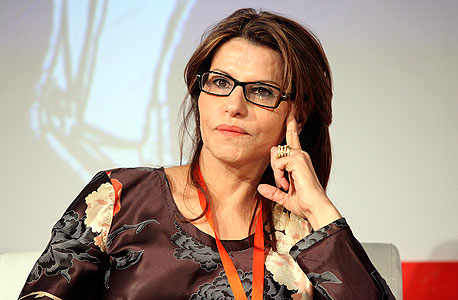 Regarding Meltzer, the Hadassah women write that they “have given the representatives of the state a considerable number of times the organization’s reservations and concerns about the chairman and the corporate administration. Similar reservations were made to the state, also by the accompanying accountant. So as stated today to claim that you were surprised to discover the claims of the Hadassah Women’s Organization for the first time only after the letter dated 11.11.2020 is as stated innocence to say the least, and in any case sinful to the truth and facts on the ground and certainly out of place. “

“Your attempt to present things in your letter in a distorted way as if only you are the ‘responsible adult’ who should remind us that this is a sensitive period, out of place and out of place,” Hadassah women write, noting that “with the outbreak of the coronation plague we were the first to mobilize Inspection and equipment are required to treat Corona, although it is the role of the state to take care of that first and foremost. “

The Hadassah women deny allegations of violations of the convalescence agreement and the law, claiming that Meltzer’s term ended on November 24, ” Waiter for another period. ”

Hadassah women claim that, contrary to what Mahdana claims, they are the ones who asked – as early as July 24 – to discuss the issue in advance with the state representatives, and even then an official request was made to the Minister of Finance, Israel Katz, to hold an urgent meeting. FAn approach that finally only took place on the 12th of the month.

A critical issue in the heated debate between the state and Hadassah’s women is the number and essence of the candidates: according to the agreement, the Hadassah women must present 3 candidates, when so far only two have been presented – Itzik and Ofir. “We thought that in light of the fact that the recovery period ends on 31.12.2020 and in light of the fact that there are only about 40 days left until the end of the recovery period, it will be possible to present two candidates for chairman of the board, especially considering that these are two very worthy candidates. Lead the board and march the hospital forward. Since we understand that you insist on the requirement that three candidates be presented and not two, we will present you with another candidate, “the letter states, but it is doubtful whether this is relevant after it is clear that these are the two classes that Hadassah women are willing to appoint, and especially after Hadassah women Itzik to the position.

Nevertheless, as mentioned, the Hadassah women insist on examining the two candidates right now and write that “we suggest that in order to save time you start examining the two candidates whose details and resumes have already been given to you”, and plead to hold a joint discussion with state representatives soon To be proposed to the Board of Directors for the position of Chairman.

The national bomber: Who is the biggest striker in the Israeli...

New deadly Bolivian virus to be transmitted from human to human...