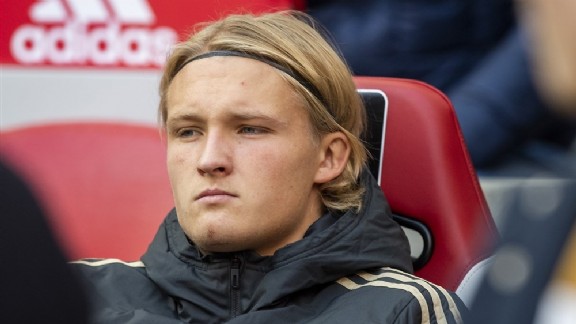 Bryan Linssen is not yet fully featured at Feyenoord. The attacker made the switch from Vitesse to De Kuip last summer. Where he was one of the stars in Arnhem almost every week, he has not left an indelible impression at Feyenoord so far. Willem van Hanegem believes that Linssen is being judged too critically.

Linssen only scored once in eleven games on behalf of Feyenoord in all competitions. “Bryan Linssen can do very little good for many Feyenoord supporters. And to be fair, it is also not a resounding success with him in De Kuip. But now I wonder whether people can still watch his game normally ”, writes Van Hanegem in his column on Monday for the Algemeen Dagblad.

Van Hanegem saw Feyenoord play ‘the best game of the season’ on Thursday. In the group stage of the Europa League, CSKA Moscow was defeated 3-1. “Yet everyone was still complaining about Linssen and that was not justified that evening. He did what he could, relieved his teammates with all his running gear, disrupted the build-up and was playable ”, said the former football player. “No, he didn’t score himself. You can see he lacks a bit of confidence. If you’ve played football yourself, you know that can do something to players. Take a look at how Kasper Dolberg performed in the Arena for months. Or Nicolai Jörgensen for about three years in De Kuip. ”

Linssen has not played in his favorite position at Feyenoord for weeks. Due to the absence of Jörgensen and Robert Bozenik, Dick Advcoaat calls on Linssen as a striker. “At Linssen you also have to take into account that he is forced to play in a different position. By the way, they are good at that at Feyenoord ”, says the Curve. “People shout that Linssen is a bad buy, but he was transfer-free. And that he will never become the best player in Feyenoord, you do not need to have studied higher mathematics. He comes from the second tier, plays in a strange place. You can also respect that. ”

Despite the opposition, the Treasury is promoting the law that will...

50% drop in physical purchases on Black Friday in the US;...

Belgian anesthetist gets three years in prison for death of pregnant...