This is friends, we’re before the finish line. Next week there will be the final episode of “The Singer in the Mask”, where we will get to see the last three contestants exposed get with a committee. After yesterday we had another episode with a minimum of hints (really? The song is the hint? Isn’t that what it was supposed to be all season?) And with an expected exposure to Allah (in the third hint I wrote here: it’s Itzik Cohen, Sophie) and in fact, the fact that Dvir Bendek has not We had one surprise, it seems to me that it is unnecessary to decipher my last guesses (reminder: Tzachi Halevi the rooster, Rinat Gabay the dragonfly and Uri Sasson the falafel). If so, today I will dedicate the recap to the stars of the show who are not hidden under a suffocating mask.

The casting of the judges’ table looks promising at the beginning of the season: a diverse and wide panel of music, entertainment, culture and fun people. But as the season progressed we saw the judges’ table fall into place, with repetitive and exhausting jokes (Dawn with “Dis is Amazing” and Static with the voice box in Russian) and conduct expected even more than the revelations: Ofira will state for sure who she knows (and then be wrong) Because she lives next to him / does a kiddush with him / was with her on the show / once saw him in the urinal, my side will shout that it is not this and then he will recognize by his knees, Shahar will throw a guess unrelated to life and only static comes to work.

As we said before what seems like many years, here is Itzik Cohen. “The Singer in the Mask” (screenshot: Keshet 12)

Before we dive into the dirt, we should start with a compliment: Static is a TV star. This was clear back in his day in “The Next Star,” but “The Singer in the Mask” showed how serious, thorough, witty and most importantly he understands how to entertain in the most natural way possible. Beyond that, he may be the only one at the judging panel who took the role seriously, provided reasons for his choices and not that I checked, but I guess he also has the highest percentage of guesses at the table. Ben El, well, is harmless but also does not add too much, and the best thing about it is without a doubt the authentic chemistry with Static.

Ofira is also an excellent entertainer, but her centrality in the judges’ table (both physically and in the amount of noise) has made her a burden. Life, soul, Barko’s eyes, it just does not make sense for you to be so determined and perfumed after you have made almost all of your guesses. At least she entertains while guessing, which is harder to say about a sturdy dawn. 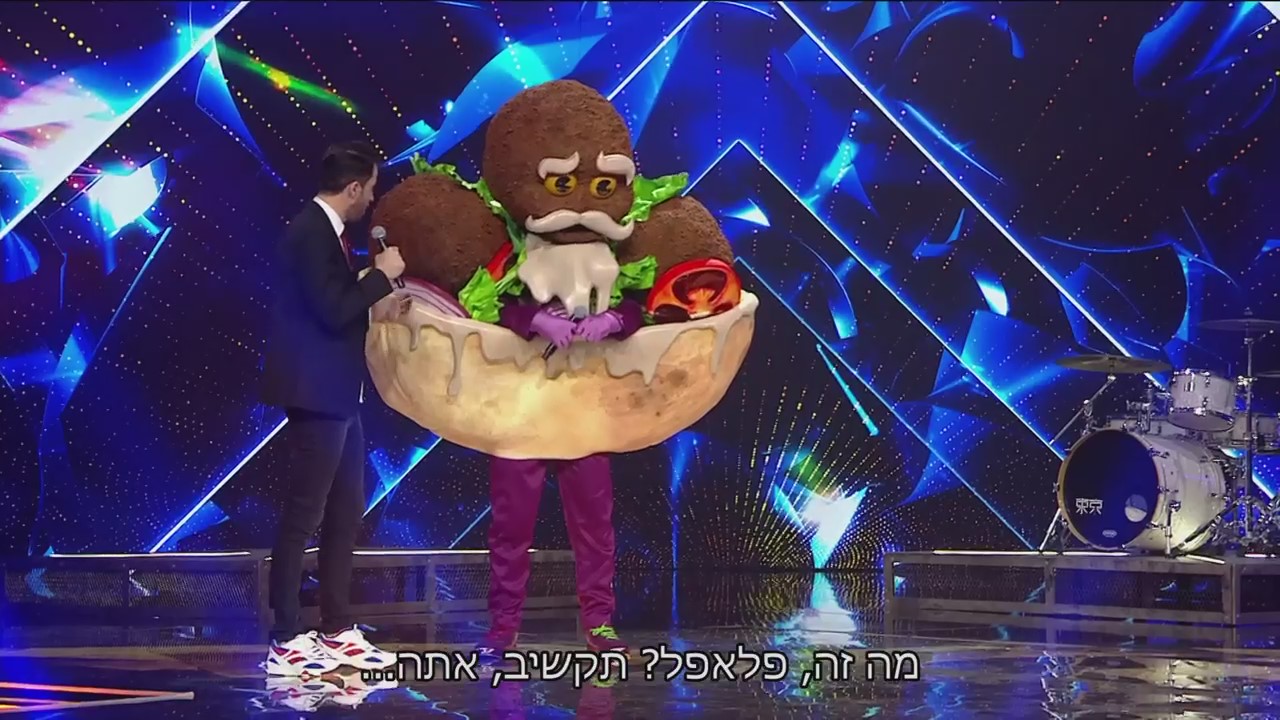 The cutest personality on screen (not you, Uri Sasson). “The Singer in the Mask” (screenshot: Keshet 12)

I laughed at him quite a bit during the season, but the truth is he was just a disappointment. When I saw that the funniest stand-up comedian in the country (just try to challenge it) and probably the biggest improviser in the Israeli stand-up comedy comes to judge, I was sure there would be passages. Apparently the loose dawn on stage is not the same drying dryness behind the table, with awkward dad humor, off energy and a demonstrable lack of effort to guess someone makes sense. In resuscitation, they made you laugh a little, not to throw out dawnless guesses (you understand? It’s funny because you are called Dawn).

On the last judge, my sweet French side, I admit I feel a little sorry. Most of the programs he delivered as a nerve-wracking, full of frustration and self-flagellation for not being able to guess, pin a voice forward or identify people by their gait. He thought he was coming to a musical entertainment show where he could pinch an ear to a table and identify people by the vibration of their voice, but found himself surrounded by sound adaptations and hints that without Google and free time have nothing to do with. What does his catchphrase say? It is not. 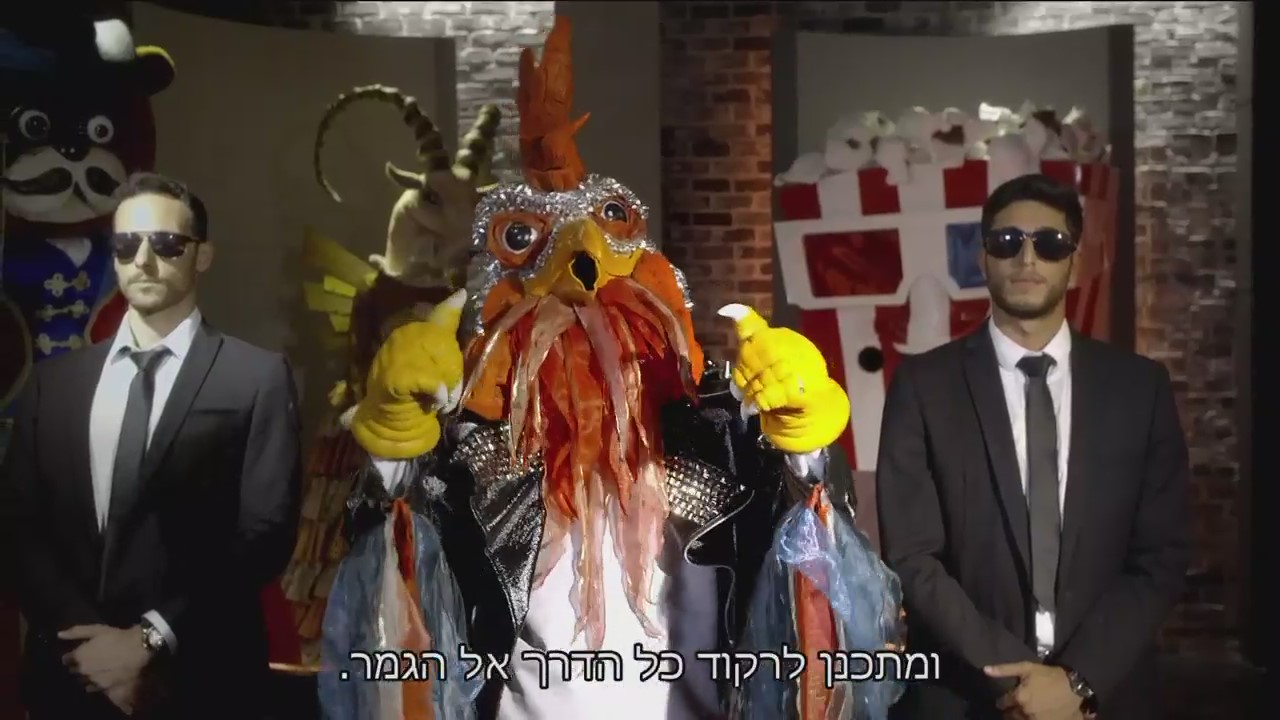 Another week and we’re done with it, Tzachi Halevi. “The Singer in the Mask” (screenshot: Keshet 12)

In fact, the standout from the show’s cast was generally the cute Ido Rosenblum, who manages to hold the light and matter-of-fact instruction, to thread the best jokes of the season (in the last episode he shone when my side said of Michael Lewis that “he has eggs”, and Ido replied with a frozen face “we saw them” ) And hold the most pleasant and entertaining personality on screen. That someone will please let him guide any program request. Wait, talk to me in her ears. Oh sorry, no matter.

The success of last season’s ratings, and the relatively low production costs for prime-time, indicate that we will see another season. There are quite a few more things that “The Singer in the Mask” will have to change to prevent mass abandonment of viewers (for that and more, next week), but tightening and upgrading the judges’ table is undoubtedly one of the areas they will have to turn to to improve the show. With all due respect to Rosenblum’s crazy (really) costumes and charisma, they make up most of the show’s screen time, and if I’m hearing the Dawn Is Amazing of Dawn one more time I swear I’ll rip the balls off for falafel. And I do not even care to snatch an iPhone from Maori Sasson.

“Organizational change will not be accompanied by layoffs”

The Orange also competes with Pandev’s North Macedonia at the European...