The Corona Cabinet will reconvene this afternoon (Monday) to examine the morbidity situation and see if restrictions can continue to be lifted.

However, at the heart of the discussion is the demand of the Minister of Health, Yuli Edelstein, to increase the amounts of fines for violators of the guidelines. The government has already approved in principle the law to increase fines, but cabinet members will discuss the details tomorrow.

According to the proposal, the fine for those who operate a business that is supposed to be closed will be doubled, from the amount of NIS 5,000 as determined today, to NIS 10,000. The fine for those who hold an event, party, conference, ceremony, festival, entertainment show or art show in violation of the regulations will be quadrupled, to NIS 20,000. Edelstein also demands that even those who open educational institutions without a permit will be fined NIS 20,000, and not NIS 5,000 as currently stipulated.

Meanwhile, the confrontation between Edelstein and Finance Minister Israel Katz, both senior Likud members, is intensifying. In a Facebook post, Katz wrote that “it is time to make a decision to open street stores as early as next Tuesday. The need and justification exist and are justified and the morbidity is declining. The Ministry of Health’s insistence is unnecessary and lacks a factual basis, leading to anarchy. Edelstein, however, was quick to dismiss things. “Whoever demands to lead today, after the increase in the coefficient of infection, to a reckless opening of the economy – leads us with open eyes to further closure and economic, social and health disaster. I understand the plight of store owners. Our duty to help and provide them with economic safety, “ 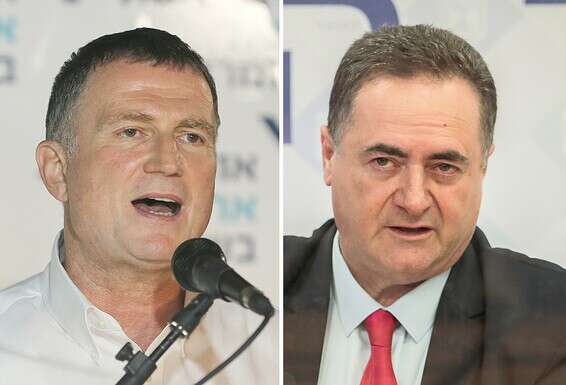 Meanwhile, the heads of Torah Judaism, MK Yaakov Litzman and MK Moshe Gafni, clarified in a conversation with Prime Minister Netanyahu that if the proposal to increase the fines reaches the Knesset’s approval, they will vote against the government’s position.

According to the leaders of Torah Judaism, the fines are already high and there is no need to raise them anymore. Litzman and Gafni clarified that if the proposal is approved by the Knesset, the faction members will vote against it in every possible forum in the committees and in the Knesset plenum.

Yehuda Schlesinger participated in the preparation of the article

No increased long-term risk of ovarian cancer after IVF treatment

This weekend, 200 tons of gold is moving from Amsterdam to...

Bad weather and holidays: these films and series will help you...

Helmut Marko: “One big update for Red Bull this year”

Increasing the pension for permanent employees raises a legal difficulty