The dramatic news from Tehran about the assassination of senior nuclear scientist Mohsen Fahriza was received in Israel with satisfaction, but at this time the IDF has not decided on a special alert, nor even on an urgent assessment of the situation of the General Staff.

The scene of the assassination in Tehran

According to reports coming from Tehran, Muhsin Fahrizda, a senior nuclear scientist and one of the founders of the Iranian nuclear program, was killed by unknown individuals and taken to a hospital where many efforts were made to revive him, but he was eventually pronounced dead. The reports about the manner of the assassination are contradictory, although photos from the scene show shots fired at the windshield of the vehicle, large blood stains and findings that probably also indicate the use of some explosive device.

Fahrizadeh was such a well-known figure to Western intelligence officials that Prime Minister Benjamin Netanyahu revealed his picture in 2018 and claimed he continued to play a significant role in the Islamic Republic’s nuclear program.

Quite predictably, in the hours after the assassination, Israel did not comment on reports coming from Tehran, but in parallel with the reports, Netanyahu released a video that opens with the sentence: “I want to share with you a list of things I did this week, a partial list because I can not tell you everything.”

Whether Israel carried out the assassination through the Mossad or not, there is no doubt that this is a dramatic assassination of a senior nuclear scientist, who is considered the man who was supposed to lead Iran to the bomb.

Fahrizda was in charge of the Iranian nuclear program on behalf of the Revolutionary Guards, and his uniqueness was that beyond his scientific knowledge and being an expert in nuclear physics, he had a close and close connection with Iran’s supreme leader, Ali Khamenei. Despite being part of the Revolutionary Guards, Fahrizadeh was not part of the organization’s hierarchy, but worked directly with Khamenei.

As far as is known, he was also responsible for the Iranian nuclear concealment program, and despite the International Atomic Energy Agency’s demand, it never met with its representatives. Given its importance, Fahrizda lived as wanted, and there was a tight security envelope around him around the clock. According to reports in Iran, some of the assassins in Fahrizadeh were injured, but as mentioned, these are contradictory and not necessarily reliable reports. 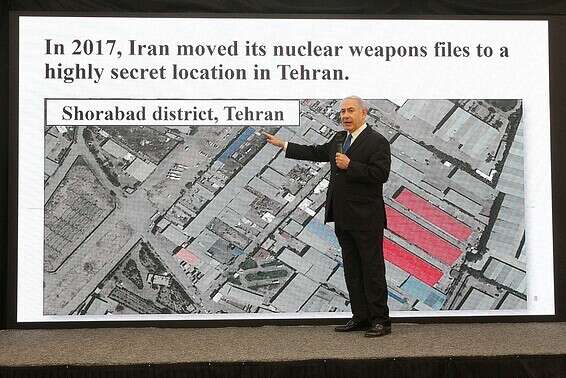 The elimination of Pharisees indicates very high capabilities in the field of intelligence gathering and of course very impressive operational capabilities. Apart from an operational opportunity and very precise execution, if indeed Israel was behind the assassination, it seems that the timing of the assassination stemmed from the intersection of two significant circumstances: the first is the end of Donald Trump’s presidency, and the second is Iran’s uranium.

It will be recalled that between 2010 and 2012, the assassinations of four nuclear scientists in Iran were attributed to Israel, but these were ruled out for a long time, partly in light of the then US President Barack Obama’s negotiations with Iran on the nuclear issue.

As with any person killed, Pharisees will probably have a replacement, but it is doubtful that he will have the same special and close connection with Iran’s supreme leader. The Iranian Revolutionary Guardsman, Qassem Suleimani, who was assassinated by the Americans earlier this year, also has a successor, Ismail Kaani, but by all accounts he is unable to step into the big shoes of the assassinated leader, and he does not have the same abilities and influence as Suleimani.

One way or another, the assassination in the heart of Tehran is a knife stab in the soft underbelly of the Iranians. In recent hours, Iran’s foreign minister, Muhammad Zarif, has hinted at Israeli involvement in the assassination. At the same time, it will probably take time for Iran to understand what happened, and Tehran will think carefully before pointing the finger of blame at one factor or another, and carefully examine whether it has any operational capability to avenge his death.

LIVE | Grapperhaus takes another look at the smoking ban...

Sarit Hadad – when everything is over

The entire education system will open in the next two weeks...

Goalkeeper Petr Cech back on player list as an emergency solution...

Vincent Kompany is preparing for a duel with the most spectacular...