Samsung announces two cheap phones, the Galaxy A12 and A02s can be bought in the Netherlands at the beginning of 2021. What do the new models have to offer?

Samsung has announced two new Galaxy phones to strengthen the budget line-up. The Samsung Galaxy A12 and the Galaxy A02s both come with a 6.5-inch HD + display. It concerns two cheap Samsung phones that will be available in the Netherlands from the beginning of 2021. Although Samsung has not yet announced a price, you can assume that you will soon be able to buy the new models for € 150. The A02s will even be slightly cheaper, this device will probably get a suggested retail price of around € 125. What can you expect for this?

Samsung has equipped both Android smartphones with multiple cameras and a large screen. The new models are also equipped with an extra-large battery, to last at least two days. We go through both Galaxy phones one by one.

The Galaxy A12 is the successor to the Galaxy A11 launched earlier this year. The new model has been improved on several fronts. For example, the device is equipped with a large 6.5-inch TFT display with an HD resolution. There is a V-shaped notch on the top of the screen to accommodate the 8 megapixel selfie camera. A fingerprint sensor is built into the side of the device.

The Samsung A12 is powered by a 2.3Ghz + 1.8Ghz octa-core processor with 4GB of RAM and a choice of two storage variants: 64GB or 128GB. In addition, a microSD memory card slot is available to expand the memory with a maximum of 1TB.

This time Samsung has placed a lot of extra cameras on the back. A quad camera has been chosen, the main camera of which contains a 48 megapixel image sensor with wide-angle lens. In addition, a 5-megapixel ultra-wide-angle camera is built in for taking wide-ranging landscape shots. Thanks to the 2 megapixel macro lens, you can also take close-up shots, and finally, a 2 megapixel depth camera is available to create beautiful background blur effects. 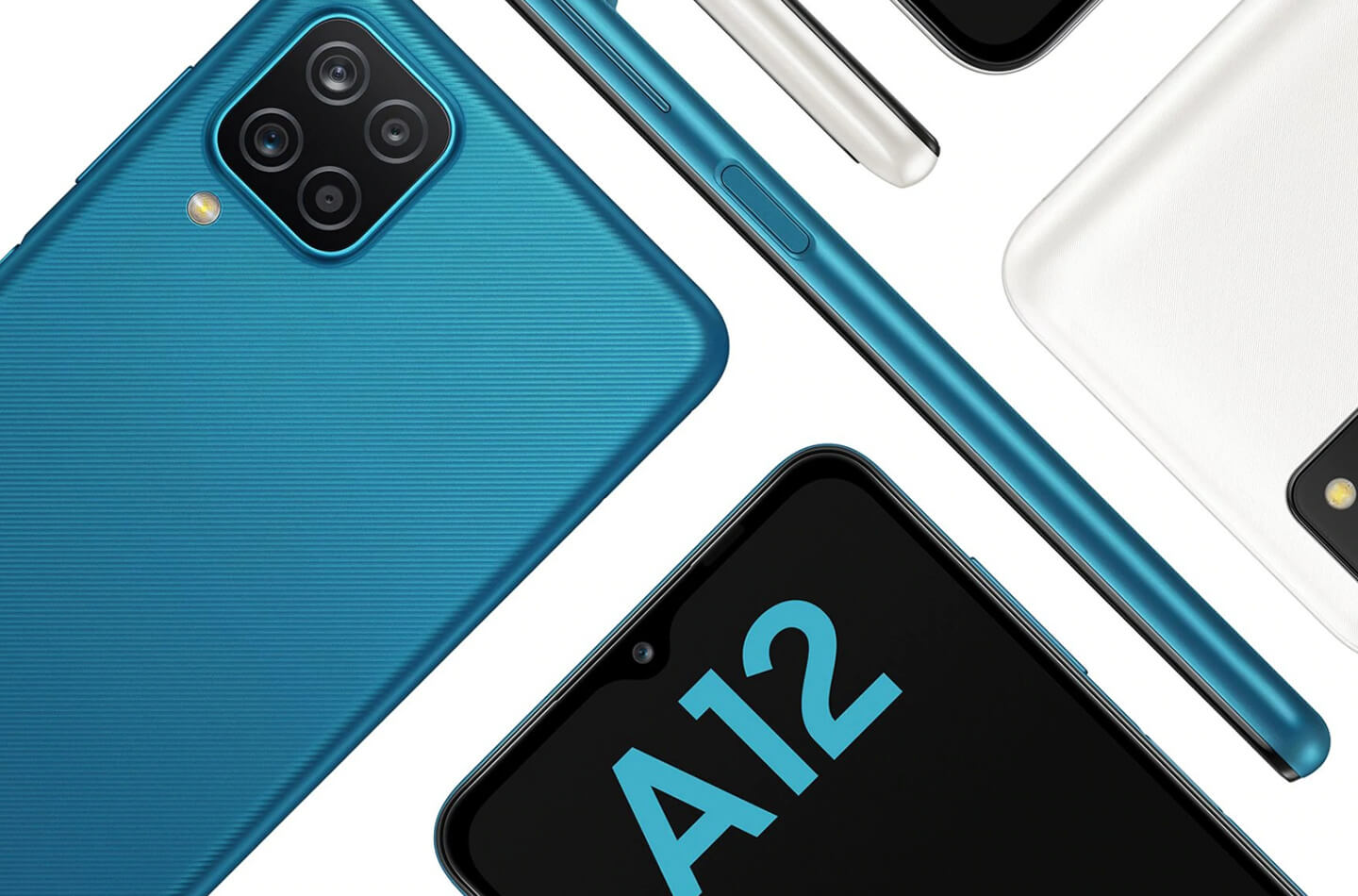 The device has a plastic housing with a matte finish, which should contribute to an extra good hand-fit. The 5,000 mAh built-in battery is powerful enough to get through two whole days without having to connect the device to the charger in the meantime. Thanks to support for 15 Watt fast charging, the battery can also be charged faster than before.

The Samsung Galaxy A12 will be available in three colors: black, white and blue. The new smartphone model will go on sale in the Netherlands in January 2021. Based on the suggested retail price of the A11 and A10, it seems likely that Samsung will use a retail price of around € 150.

The A02 is still placed under the A12, it is the successor of the A01. The latter model is the cheapest Samsung phone that you can currently buy in the Netherlands. The A02s will be the cheapest 2021 model from Samsung Netherlands.

The Galaxy A02s name may sound a bit complicated, but with the addition of ‘s’, Samsung wants to indicate that it is an advanced variant of the A02. The latter has not even been officially announced yet, this device will most likely be unveiled next week. However, there is a good chance that Samsung Netherlands will only carry the A02s. 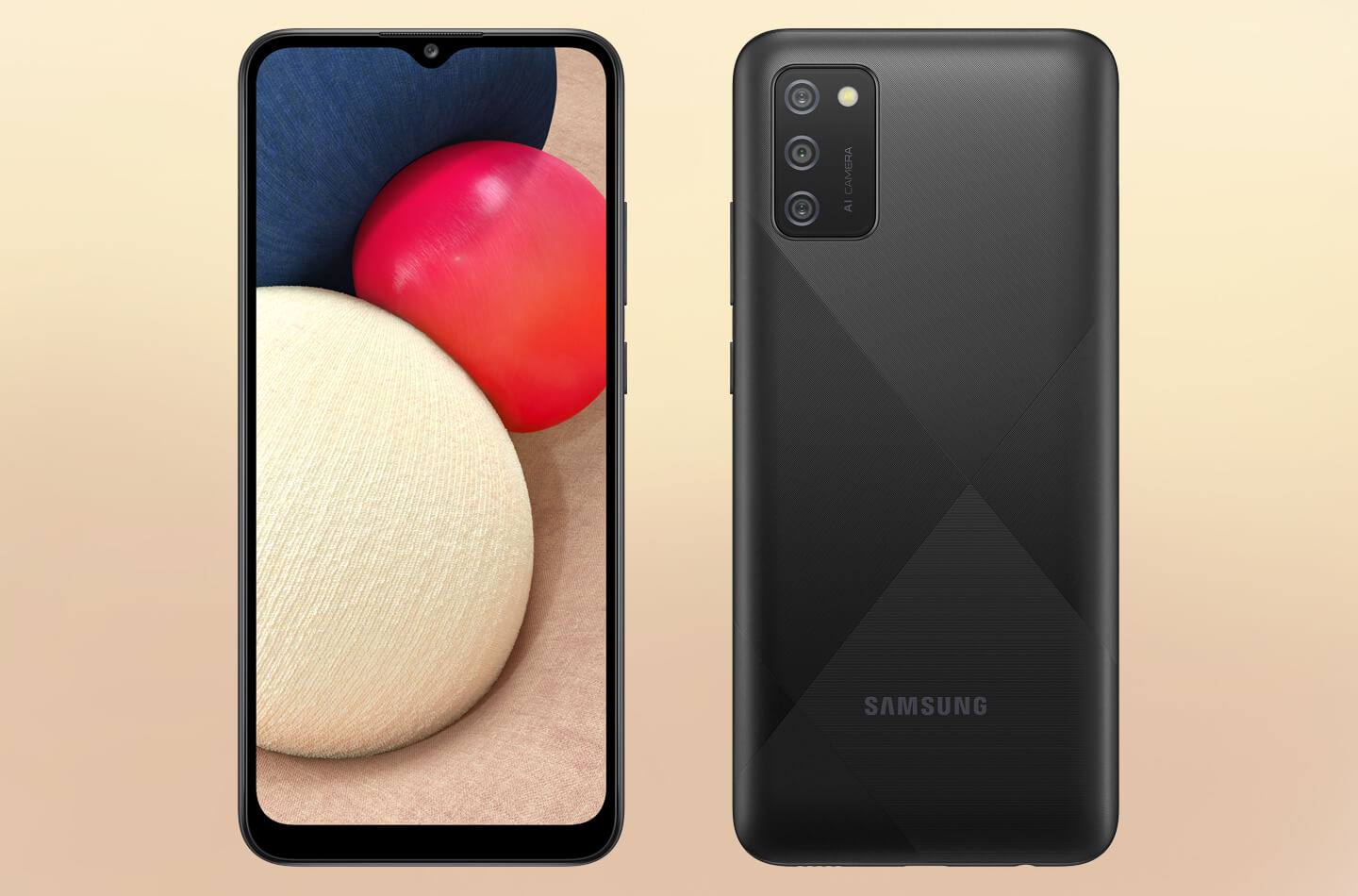 The display of the Samsung A02s matches that of the A12. A 6.5 ”HD + TFT display has been chosen. The selfie camera offers a resolution of 5 megapixels. In addition, a triple camera is available on the back of the device. This consists of a 13 megapixel main camera, a 2 megapixel macro camera and a 2 megapixel depth camera.

In terms of processor power, the A02s has to compromise on the A12. This smartphone is powered by a 1.8Ghz octa-core processor with 3GB RAM and 32GB ROM. The flash memory can also be expanded with the help of a microSD memory card.

Furthermore, Samsung has equipped the Galaxy A02s with a fingerprint scanner that is integrated in the power button on the side of the device. Thanks to the 5,000 mAh battery, the battery will last a relatively long time and this budget phone also supports 15 Watt fast charging.

Consumers can purchase the Samsung Galaxy A02s from February 2021 in black and white. Presumably this phone will have a suggested retail price of around € 125.

Are you looking for a cheap phone? Last week, the Oppo A15 was also launched in the Netherlands, this smartphone has a suggested retail price of € 150. In terms of specs, this device is comparable to the Galaxy A12. At the moment, however, there is a Black Friday offer that allows you to get this Oppo phone for only € 100. For this, this smartphone offers a lot of value for money.

“Maccabi Tel Aviv will be no less strong than the last...

The government has ratified agreements with the Emirates and Bahrain

Vegan Suzanne finally has something to choose: supermarkets are suddenly full...

An 8-year-old boy played football and fell on a fence, part...

27 passed away today, the positive rate continues to decline