Netanyahu’s attorneys submitted about 200 pages to the court, which they say prove that the prime minister was “pre-marked,” and in cases against him “improper and criminal means were used, contamination of investigations and selective enforcement.”

Among the allegations brought before the court

1. “Police investigators lied to the court when they sought to search the home of a young woman who was asked intrusive questions about the nature of the intimacy and the nature of the relationship between her and Nir Hefetz.

2. “The witnesses in the case were subjected to unprecedented criminal pressure to lie, including threats to harm their family and children, denial of rights, harassment, shouting, denial of medical care, refusal to write their versions and many other wrongdoings.

• “Nir Hefetz was starved by his interrogators in order to disrupt his mental state. A dubber who was placed in Hefetz’s detention cell described: To eat obsessively, take something sweet and put it in your shoes. ‘

Hefetz was threatened by investigators that they would destroy his family and reveal intrusive things about him. When asked to give the code to his phone, Hefetz said: ‘I have materials that are the privacy of the individual, that’s what bothers me, let’s say there is a nude photo of someone there …’ The investigator told him that they would ‘look at everything’.

“The police met ‘by chance’ between an object and a young woman who was asked in her interrogation intrusive questions regarding the nature of the closeness and the nature of the connection between them. This issue is still under a restraining order that must be removed to reveal the whole truth to the public.

• “After the meeting between Hefetz and that young woman, Hefetz was told during the interrogation: ‘If you have not understood by now, you will understand that we know everything. Our methods of action are very, very similar to the GSS … think about your wife and children and the consequences that will affect them.’ An object bursts into tears during his interrogation after another improper interrogation exercise was done to him in which his wife was involved.

• “These events took place a few days before Hefetz signed a state witness agreement. Hefetz says in his interrogation before signing the agreement: ‘I think that physically and mentally I am not qualified to make a decision.’

An object was deliberately held in a detention cell full of fleas. His body was full of red blisters on his limbs and chest. He was transferred from one cell full of fleas to another. I’m crazy, except I’m not interested in anything – it’s just driving me crazy. ‘The medical treatment deliberately avoided an object, and also prevented him from getting the blood pressure medication he needed.

“Harel Locker, who served as director general of the Prime Minister’s Office, testified: ‘And I felt that you were pressuring me to lie and I told the whole truth and only the truth. I will not lie. I will not say that he will ask me to deal with it.

“Investigators have threatened witnesses to change versions, for example Eran Tiefenborn’s investigator said: ‘If I really see you continue with this version we also have all the authority to suspect you of disruption. Now I will do it without blinking.’

Archive // ​​Netanyahu in a special statement at the opening of his trial // Photo: Reuters

3. “Every direction of investigation that did not sit well with the sewing of the cases – was completely ignored. For example, when Momo Pilber emphasized in his investigation that he signed Prime Minister Netanyahu’s approval for Bezeq just as he did for Hot, Cellcom and Partner, investigators told him it ‘did not interest them.

Pilber: ‘Every three months I bring the minister to sign … I remember such a thing with Hot, with Cellcom, Partner’.

“The same goes for the then head of the Ministry of Communications, Eitan Tzafrir, when he asked to give the correct and proper answers in his eyes and insisted that the course of events be documented as his answers, the investigator clarifies to him that she will not write his answers, as these are not answers. This. We will continue to the next question because I do not want to hear your answers. “Tzafrir replied:” My answers do not match the answers you want to get, and I tell my truth. The answers do not fit you with the story you are trying to build here. ” 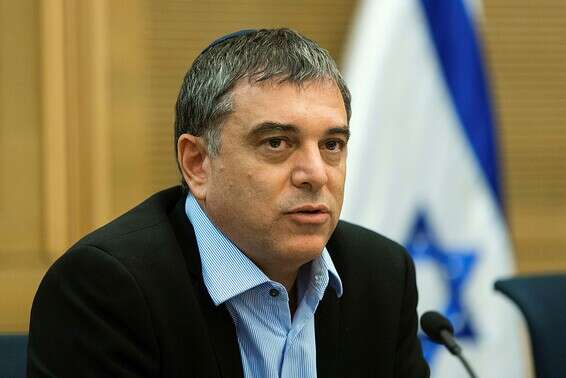 4. “Prime Minister investigations have been polluted in an unprecedented way through hundreds of leaks carried out by the police and the prosecution. This flood of leaks, unprecedented in scope, polluted the investigation and proceedings from the foundation to the Tefahot. These leaks were not investigated or dealt with by the Attorney General, who refused to do so.

5. “The public trial conducted in the media against Prime Minister Netanyahu was explicitly intended to put pressure on investigators, the prosecution and the ombudsman, and there are many signs that these and other pressures have taken effect.

8. “The investigations were conducted as a ‘hunting trip’ in which the goal was set in advance, as witnessed by state witness Momo Pilber: ‘Everyone is now in some kind of race competition for a million who will bring Netanyahu’s head.’

9. “It can only be explained by selective enforcement that cries to heaven for the lack of any investigation by ministers and Knesset members who promoted the law restricting the distribution of the newspaper” Israel Hayom “and received in return sympathetic coverage in exceptional amounts from the rival newspaper Yedioth Ahronoth. We were not questioned at all. “

The lawyers said they had submitted “a detailed document, which includes dozens of examples of improper investigative actions, threatening witnesses, using their personal lives to interrogate them, silencing witnesses, selective enforcement, disregarding credentials, and other unusual actions. This is an unprecedented incident.” “Investigate a person and invent an offense.”

Raviv Drucker will not move here, the “Makor” program remains on...

Northern Ireland is not ready for border control, according to regulator...

Corona in Europe: “It’s like every day a plane full of...

LIVEBLOG – 5,924 covid patients are in our hospitals, highest number...

Shayumi has launched the Mi Box 4S Pro – Streamer with...