Ethiopian army drones (received from the Emirates?) Accurately attack Makala, the capital of Tigre, and from there the rebels launch missiles at Asmara, the capital of neighboring Eritrea. The air bases on both sides are under heavy fire. There is currently no sign of a willingness to compromise. He has held the central government for many years and does not accept his repression.The Tigers are a nation of warriors, and it will not be easy to exterminate their opposition to the new rulers.

By the way, quite a few Ethiopian immigrants in the country speak the Tigray language and travel to visit the communities from which they came. There is ample evidence of Jews in Tigris over the centuries, including periods of danger of extinction and coercion of Christianity. Now the stranded Israeli visitors are being rescued from the area.

And in the midst of all this, Egypt is being blamed for secretly inciting the conflict, in order to weaken Abbey, the prime minister in Addis Ababa, who refuses to submit to General Sisi’s demands as to how to operate the large dam on the Blue Nile. Not far from this dam, the Sudanese generals declared a state of emergency and moved reinforcements. In any case, there is a border dispute between them and Ethiopia over the Peshka district. Tigrinya forces including entire units that defected from the North Ethiopian command are trying to connect to the Sudanese border, hoping to obtain a supply of military equipment. 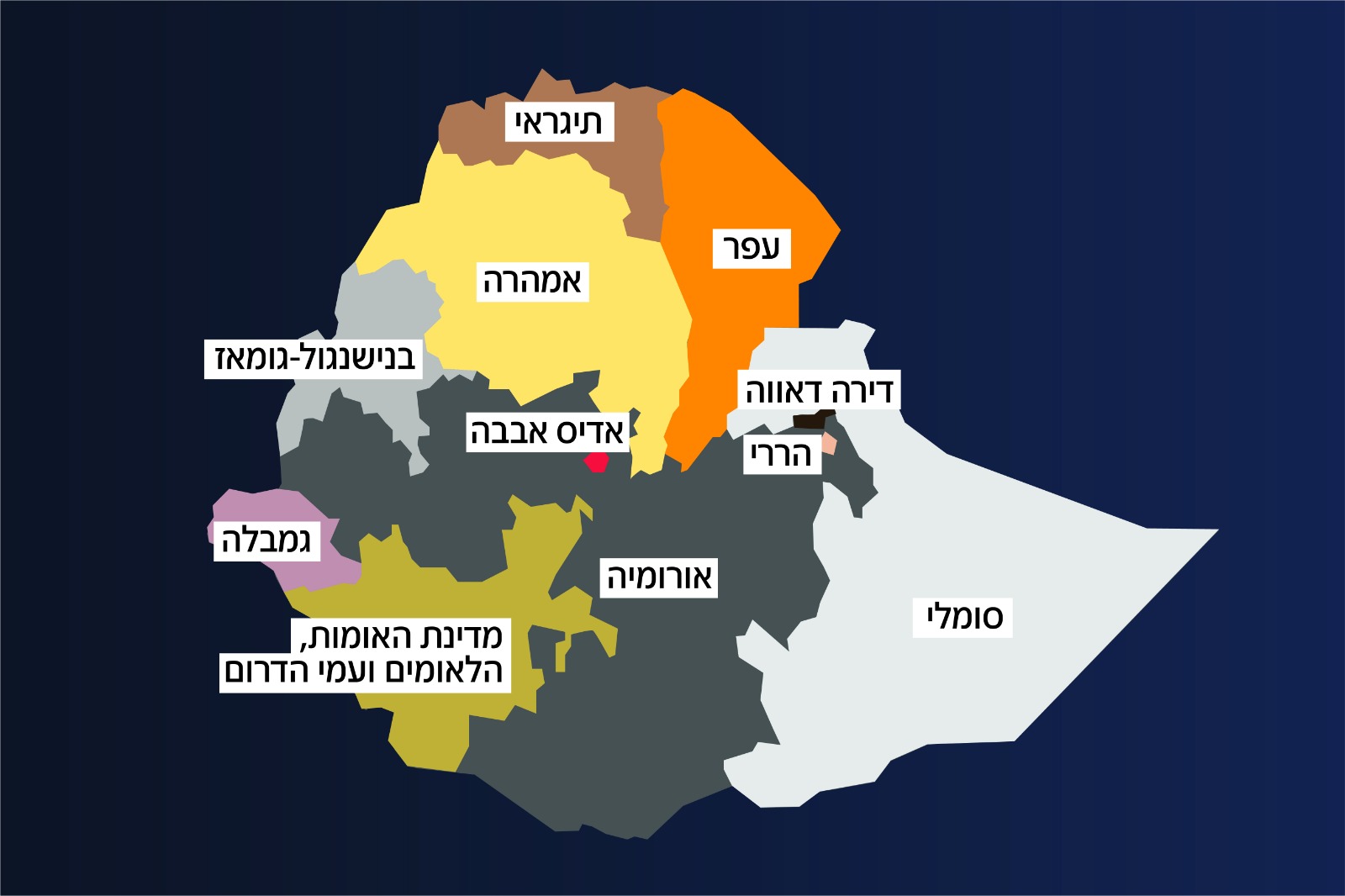 Although Tigray is one of the smallest of the nine semi-autonomous states that make up Ethiopia, no less than 200,000 weapons are at the disposal of its leader, Debrecen Gavra Michael. His condition will worsen if the sworn enemy of the Tigers, the ruler of nearby Eritrea, Asais Afwarki (whose malaria was treated, at the time, in the country), decides to send his soldiers into battle as well and is exactly the man whose heart is drawn to such adventures. Every applicant for immigration from Eritrea in Tel Aviv will tell you about his tyrannical regime. Recall that only two years ago – ostensibly only – the long and victim-ridden conflict that prevailed between him and Ethiopia in the years ruled by the Tigers ended. Abbey (Protestant son of a Muslim father) – the first of my sons with the Oromo to ever come to power, is the one who initiated the reconciliation, and even won the Nobel Peace Prize for it – and rightly so!

I do not want to touch anyone on all the details of this complicated plot that is now unfolding before our eyes. But if Abbey fails in his attempt to reconquer Tigray – and he promises to do so within a few days – the war is likely to expand and escalate. The concern is not only about uprisings of other regions in Ethiopia, such as Oromia (Muslims), the Somali Ogden Desert (including Muslims) and the southern tribes, but about a major clash in which some foreign countries will be involved. The EU is anxious that in the terrible scenario of Ethiopia’s crash, waves of millions of refugees will be shattered, flooding not only the neighbors – with Kenya at the helm – but striving to reach the shores of the Mediterranean. The U.S. is simply not participating so far in efforts to achieve a rapid ceasefire.

In the last day, Ethiopia is returning from Somalia its Expeditionary Force, which has helped prevent a rapid demise of what is left of this country and is flying commando units to Tigray. Reports flowing from there tell of brutal fighting – sometimes with swords and pitchforks.

The ancient Ethiopian Empire is tormented. Just last year it was considered an economic miracle with 10% growth and now it is mired in self-destruction. What a shame!

The corona crisis only strengthened the status of rabbis within the...

Israeli start-ups in New York raised over $ 1 billion during...

Minister publishes provisional list of shops that are open …

The 5 best Android apps in the Play Store from week...

Patrick Lefevere is no longer looking for riders: “But I’m not...