The assassination of senior Iranian nuclear scientist Muhsin Fahrizda is one of the highlights of the policy of maximum pressure on Tehran. This is a second action only for the explosion of the car of Quds Force commander of the Revolutionary Guards, Qassem Suleimani, in January 2020. In both cases, the head of one of the Iranian snakes was amputated. For the first time, it was leading the military stir in the Middle East, and the second time in it leading its race for weapons of mass destruction.

The scene of the assassination in Tehran

Although three intelligence sources told the New York Times last night that Israel was behind the assassination, it was too early to assess how involved it was, and what was the role of the United States and its allies in the region. Still, Saudi Arabia and the United Arab Emirates are no less troubled by the nuclear project.
In any case, the main argument against the assassination of Pharisees in particular, and the assassination policy in general, is that every person is a substitute. However, it does not make sense for all the information of the nuclear program to be stored in the brain of one nuclear scientist.
It is even more absurd to think that the Islamic Republic will stop the race for nuclear weapons because of the elimination. Rather, the assassination of such a senior figure in the Iranian regime could spur the Revolutionary Guards to accelerate the nuclear program, dragging it into brutal revenge in Israel and the United States, which would degenerate the entire region into an armed conflict.

Despite this, reality shows that these assassinations have at least one deterrent, which requires the terrorist organization or in this case the terrorist state, to reorganize. What’s more, the replacement of a key figure affects the entire organization, even if it is not an elimination. For example, there is a big difference between the leadership of Yahya Sinwar in Hamas in Gaza, compared to Ismail Haniyeh. In this context it should be noted that Pharizadeh’s successor may surpass him.

But beyond that, it is not a single step, but a real war: a series of targeted assassinations, nuclear facilities, economic sanctions and military struggles that at least slow down the spread of the revolutionary regime in the Middle East. Just yesterday we were informed that the United States had imposed sanctions on four bodies in China and Russia that supported Iran’s missile program.

It seems that each step individually would not have significantly slowed down the Iranian arms race for mass destruction and regional hegemony. But more elimination and more sanctions are accumulating for a huge mass, which Iran is having a hard time dealing with, probably in days of economic crisis and the corona plague.

On the other hand, the Obama administration’s nuclear deal has boosted Iran’s appetite, and the large amount of money, some of which is to be appreciated, has been diverted indirectly to military activity in the region. In light of these things, it seems that through compromise and avoidance of confrontation, there has already been a failure despite the good intentions. 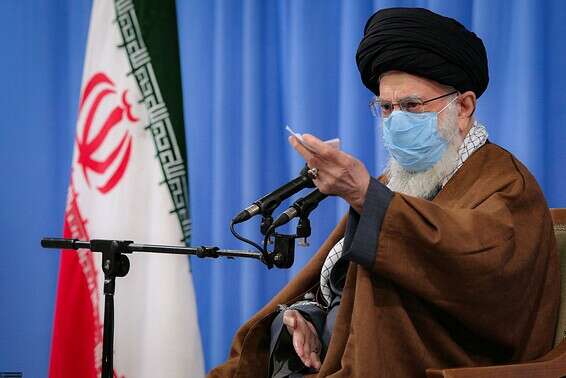 Only last year was the Trump administration’s policy questionable. In 2019, oil facilities in Saudi Arabia were attacked, mines were planted on oil tankers in the Persian Gulf, in September a Revolutionary Guards force took control of a British oil tanker and in December an American contractor was killed in an attack by Hezbollah battalions in Iraq.

And here, next year the Islamic Republic was much more careful in its actions. In Iraq, the pro-Iranian militias contented themselves with launching mortars at the government district in Baghdad and in the Persian Gulf there were no unusual incidents despite threats to block the trade route. The missile attack on American bases in Iraq in response to Suleimani’s assassination was also weaker than expected, and did not end in casualties.

Iran’s military involvement over the past year has focused on two areas, and in each of them it has generally preferred the activities of its envoys: along the Israeli border through Hezbollah and Islamic Jihad and in the war against the Saudi coalition in Yemen through the Houthi militia.

Iran appears to be eagerly awaiting a change of government in Washington. If the Biden administration returns to past conciliatory policies and another perforated nuclear deal, Tehran will be able to further strengthen its arms in space. In such a case, the effect of the assassinations of the head of the nuclear project and commander of the Quds Force in the Revolutionary Guards – will really weaken.

Debates without decisions: The Corona Cabinet convenes for hours

Senior officials in the health system: There will be no escape...