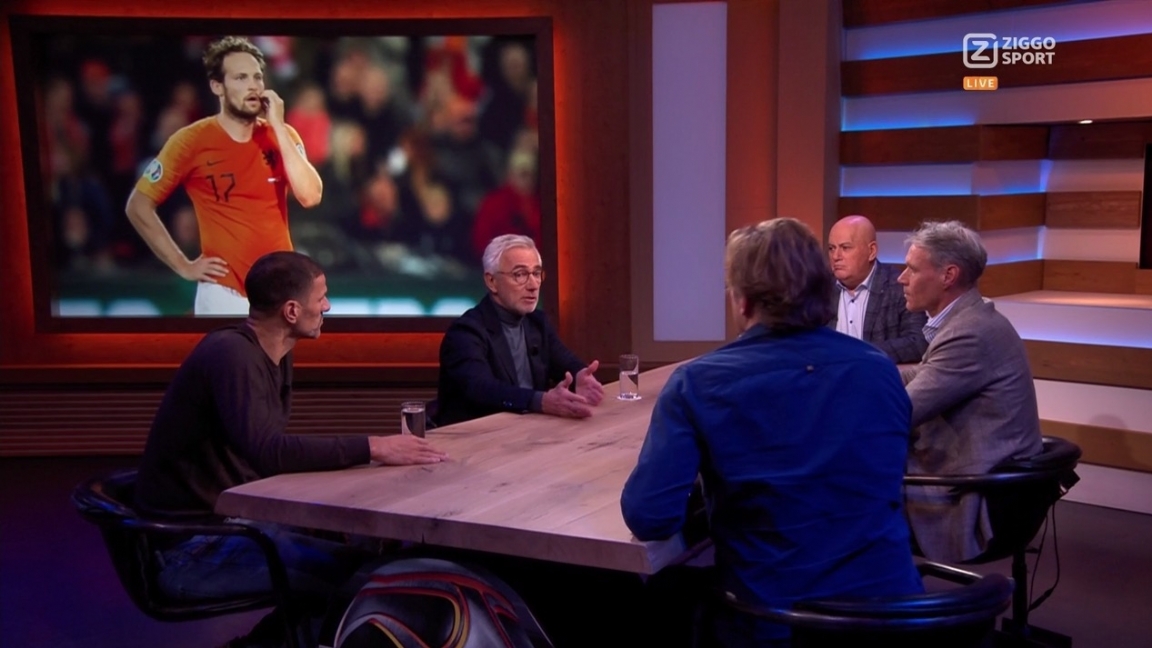 The performance of Daley Blind in the last international period is a topic of discussion on Sunday evening Rondo. The defender of Ajax and the Dutch national team was especially criticized after Wednesday’s 1-2 victory over Poland for his role in the opening goal of the group member from the Nations League. In the talk show of Ziggo Sport Marco van Basten breaks a lance for Blind and there is astonishment about a statement by Erik ten Hag, the trainer of Ajax, about the reason for Blind’s difficulties in the defense of Orange.

When Kamil Jozwiak entered the sixteen-meter area of ​​Orange in the run-up to the 1-0, Blind tried to put the left winger off the ball. But instead of forcing Jozwiak outside, he cut inside and let himself be fooled. Blind did well in possession: he delivered a nice long ball towards Memphis Depay, who failed to control the ball in the penalty area. Blind, who was replaced for Luuk de Jong in the final phase, played a strong second half and had the most ball contacts (93), passes (83), successful passes (76) and passes in half of the opponent (49) at Orange . Van Basten praises Blind’s footballing ability, while Khalid Boulahrouz claims that the Ajax player can best stand in midfield.

“For some players it is very important how you use them. Daley is not specifically a defender,” said the cannibal, himself good for 35 international matches with the Orange squad between 2004 and 2012. “He is not a specialist. He is not a defender: he has played at left back or for the defense now and then. I see him more as a midfielder. He does not have the specific qualities to to be a good defender. That does not mean that he is a good football player and does well. But if you want to use Daley in defense, you have to put a guy next to him. Someone like Matthijs de Ligt at Ajax at the time At Barcelona, ​​Gerard Piqué and Carles Puyol stood side by side in the golden years. Puyol did all the vacuuming, all the dirty work around it. He switched everyone out and gave them cover. ”

OnsOranje is behind, after Hans Hateboer just gives the ball away, and Davy Klaassen can no longer recover …

A type defender like Puyol should therefore be next to Blind, Boulahrouz thinks. “If someone like that stands next to Daley, he can take care of the footballing part. That’s how you have to use him, because he has a great play-in pass, can read spaces and can anticipate. But he doesn’t have the speed to cover short, for example, the you can criticize him, but you have to criticize him for what he is and not for what he is not “, says the former defender of Hamburger SV, Chelsea and Feyenoord. Bert van Marwijk agrees with the opinion of his table companion and his former pupil at Orange. “His speed is a problem when the team is not in good shape. He is a very good player, but he is even better when the team is doing well. When a team is too far apart and playing too offensive, you are at every turnaround moment. Vulnerable. If the level goes up, and he can’t play alongside De Ligt or Van Dijk, it will be difficult.

Van Basten points to the criticisms that Blind is ‘of course’ not fast and that at his age, thirty, he has to ‘command’ more on the field. But San Marco thinks the stopper of Ajax is a ‘fantastic football player’. “The play to the front is three times better when he competes than when he doesn’t. He has peace on the ball and that creates spaces. His forward balls are really fantastic. He’s a guy who has an overview and he is very positional. good, also in defense. He is not fast, no. But you have to be able to compensate for that with the other players in the rear, “says Van Basten. “I am also convinced that the Orange played so well in the last three international matches because he was so important in that position. You play so much better because he gives so many good balls in possession.” The former national coach acknowledges that Blind did not look good with Poland’s goal. “But in the other eighty minutes you benefit a lot from everything that is created from the defense. There have been few international periods in which Orange created so many opportunities. That is of course positive. “ 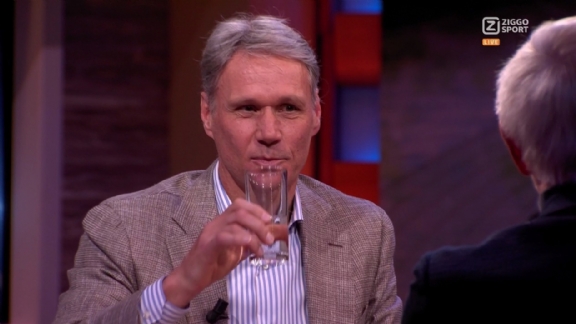 The lack of leadership qualities at Blind is a shortcoming, according to Youri Mulder. After Van Basten indicates that Blind is someone who mainly excels when the team is running well, Mulder wonders whether Blind himself bears no responsibility for that. “I think he misses that steering aspect. That he once said ‘stay here!’, When the back moves forward again. He is now old enough to be able to do that for once,” said the analyst. Van Basten emphasizes, however, that this quality simply does not see in Blind’s character. “He’s a nice guy for the team, but not a leader. He does his job well, but doesn’t put others down. He’s not boss.” Partly for this reason, Boulahrouz also sees a role for Blind’s defense partner; against Poland that was Stefan de Vrij. “If Daley is standing next to you, then you know: Daley, you are there for the footballing part, I am there for the remaining defense and I will make sure that it is in good order and that I give you back. In the second instance, he can always still connect to fix things. “

Earlier on Sunday, Ten Hag, the coach of Ajax, also pointed to the ‘organization’ of Orange as the reason for Blind’s lesser performance. “The organization of the Netherlands is just not good. The remaining defense, which creates very large spaces. In addition, the backs (Hans Hateboer and Patrick van Aanholt, ed.) Are much too high on the field, and then you bring in these types of players. the problems. But let’s not forget that Daley played fantastic at the ball, “said Ten Hag in conversation with FOX Sports, just before the league match against Heracles Almelo (5-0 win). A remarkable statement, Mulder thinks. “He criticizes De Boer’s address. He says: you have not organized the organization well and that is why Blind will wander. As a national coach you might also think: meddle with your own team.” Van Marwijk replies: “I think so. He tries to protect Blind. I wouldn’t say that either.”

Raes gives in to Eleven Sports: Zulte Waregem-Anderlecht will be ‘baptism of fire’

LIVE: Antwerp is looking for revenge at LASK | with Mbokani on the couch UEFA Europa League 2020/2021

Feyenoord starts with Spajic and Toornstra in a duel at CSKA

Feyenoord starts with Spajic and Toornstra in a duel at CSKA

Marko: “In December we will know which direction Red Bull will be heading”

“He also claims a selection for the Red Devils”

Maccabi Haifa: The fans demand compensation for the subscribers of the...

Uninsured man who killed cyclist does not have to go to...

New love Remco from Love Island is an old acquaintance

Prosus gives its own price a helping hand with share buyback...