After 81:88 over Hapoel Holon, which was the fourth victory in a row, Lior Lubin’s team records its best season opener since 2009/10, when it won the championship. Gilboa / Galil will continue to lack Chen Kalfon.


the progress of the game
Gilboa started with a quintet with Yiftach Ziv, Joe Thomasson, Nathaniel Artzi, Kerry Belkshire and Jahiba Floyd, Beer Sheva with Amir Bell, Travis Warrick, Caleb Agada, Eric Griffin and James Banks. Lior Lubin’s team started great with 2:14, when Blackshire scored seven of the points. Rami Hadar called a timeout, from which his team came back great with a 0:12 run led by Ziss and Agada. Cousins ​​continued to lead the host to 16:24, and the momentum continued until the end of the quarter, which ended in20:27 To Gilboa / Galil. 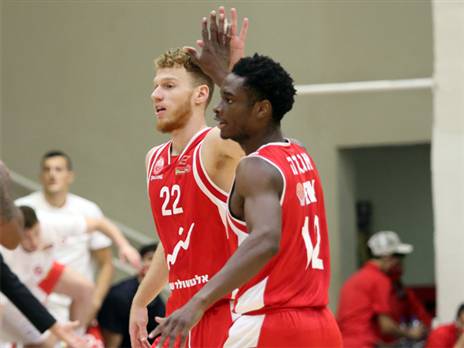 Ziss and Agada. Bring BS back to life (League Director)

“More than one in five still has symptoms after two months...

Polygamous families in the Negev and the phenomenon of Social Security...

Leroy can no longer do without Maxime Meiland: ‘You let me...

Alaphilippe wants to take revenge: “Cheering too soon does not happen...

Informal care and work are even more difficult to combine in...