One of the biggest casualties from the Corona crisis was the hotel industry, when in Israel led the crash the number one factor in the field, the Fattal chain, which suddenly reveals new signs of life. Calcalist has learned that Fattal is conducting surprising negotiations to purchase a stake in the Hilton Malkat Sheba Hotel in Eilat from Yitzhak Tshuva.

Fattal Holdings Controlled (62.3%) by David Fattal, which was traded at a record value of about NIS 8 billion on the eve of the corona crisis, crashed in February-March – and with the imposition of the first closure – and lost 85% to a value of just over NIS 1 billion. The leveraged chain then reported that it was considering several options, including layoffs, a voluntary retirement plan, a horizontal cut for wage earners above a certain threshold, and in addition it expelled most of its employees to a wage freeze for suppliers and announced it was looking for an outside investor to join the chain’s hotels in Europe. The network in the first half of 2020 fell to NIS 962 million, compared with NIS 2.5 billion in the corresponding period in 2019.

What do you think of the Fattal Holdings share:

What do the surfers think?

But since then the stock has recovered with the opening of some of the hotels and the hope that the vaccine for Corona is approaching, and now it is trading at a value of NIS 4.5 billion. Calcalist has learned that the chain is, as mentioned, conducting advanced negotiations for the purchase of 45% -40% of Hilton Malkat, which comes from Elad Yitzhak Tshuva’s Hotels, when as part of the transaction the hotel’s management rights will be transferred to it. However, the hotel has a debt of about NIS 250 million that Fattal will take on as part of the agreement, so that the net value is about NIS 150 million and Fattal will pay NIS 70-60 million for the shares, if the deal matures. 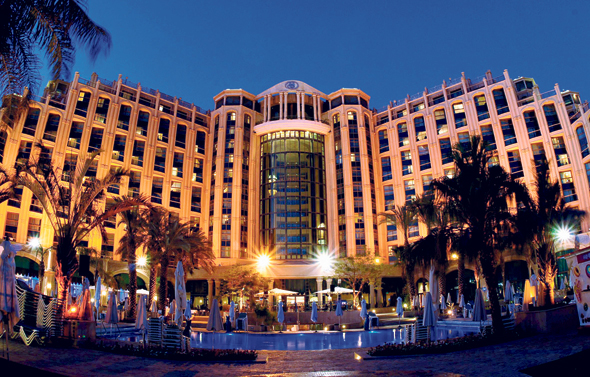 The Hilton Malkat Sheba Hotel is located on the northern canopy of Eilat and has 481 rooms, half of which have been sold as mental units. Until 2017, the management rights of the hotel were in the hands of the global Hilton, but in the same year Tshuva decided to disconnect from the international chain and the rights passed to Elad Hotels, which owns the hotel. The move was accompanied by protests from housing unit owners who claimed in a lawsuit against Teshuva that they were promised with the purchase of the units that Hilton would run the hotel for 30 years. Some of the tenants, by the way, still oppose the transfer of management rights to an Israeli chain and demand that a large international chain run the hotel.

But even after signing the deal, if it matures, significant difficulties are expected in its completion, as it needs the approval of the Competition Authority. This is expected to create difficulties in light of Fattal’s control of the map of hotels in Eilat. Five years ago, the Antitrust Authority stopped the management of the Isrotel chain at the Princess Hotel in Eilat, in an attempt to spread the map of hotels in the city. This may be why Fattal intends to acquire a minority stake in the hotel and not a control, in the hope that the competition authority will make the move easier for him as a result.

Teshuva has realized many private assets he owns this year to deal with the consequences of the Corona crisis on his business and with the repayment of his large debt to banks. Bank Hapoalim demanded and received an increase in collateral for a debt of NIS 1.5 billion, after the value of the main collateral, Delek Group shares, Dropped significantly to a market value of less than NIS 1 billion. Tshuva sold Elad Canada, which operates in the field of income-producing and residential real estate in Canada, sold control (71%) of Elad Residence Israel to the JTLV2 fund managed by Amir Biram, Ariel Rotter and Shlomo Gutman for NIS 193 million, and last week sold the real estate company with Yakir Gabay. American Star, in which they held equal shares, for $ 1.75 billion, although the two have only received a $ 5 million deposit until the transaction is completed.

Fattal did not respond to a request for comment.

Today, another business connection between Tshuva and Fattal at Beit Delek in Herzliya, where the Fattal chain operates the NYX Hotel, which operates in one of the two 11,000-square-meter buildings at Beit Delek. The hotel and Beit Delek are located on a 6-dunam plot at the corner of Abba Even and Naomi Shemer Streets Historic of the Dan bus company, which the Delek Group acquired in November 2015 for NIS 245 million. The price was higher than the real value of the property due to the construction potential.

A new plan submitted to the Tel Aviv District Planning and Construction Committee last year speaks of a significant expansion of the two buildings in a way that will improve the property by NIS 100 million. According to the plan, the rear part of the building will be increased to 30 floors and the front part will be increased by two floors. The tower will combine employment, commerce and hotels, and will even include small residential apartments on the upper floors. The hotel section, which will stand at 14,000 square meters, is also expected to be managed by the Fattal chain.

Everything you wanted to know about Pfizer and Modernera vaccines

After 3 hearings: A closure order for a grocery store that...

The IDF attacked and destroyed the Quds Force headquarters at Damascus...

What’s between ‘The New King’s Clothes’ and ‘The Ugly Duckling’? ...

The vast majority of Dutch people are not aware of low...

Governor Berx argues for sporting events without a supporter …