Even before COVID-19 reached Africa, many predicted an apocalypse. The region’s weak institutions and health systems could not withstand the pressure of the pandemic. Months later, that apocalypse does not materialize. In fact, African countries are doing better than their wealthier counterparts in Europe and North America.

VFor an average Belgian, right in a second lockdown, the African COVID-19 figures may seem shocking, in a positive sense. Since the start of the pandemic, nearly 2 million infections * have been diagnosed * and 47,000 people have died across the continent. That is much less than in the richer regions.

* These are the current figures on November 16, 2020The US, with only a fraction of the population (nearly 332 million) of the African continent (over 1.35 billion), has more than 11 million infections and 246,000 deaths *. Europe (with more than 520 million inhabitants) fared equally poorly, with 10.7 million cases and more than 267,000 deaths *. Benin, an African country with roughly the same population as Belgium, had 2,745 COVID-19 cases and 43 deaths in the entire pandemic in early November. Belgium then reached the mark of 13,000 deaths.

MO * spoke about this with Prosper Tumusiine, acting director of the African branch of the World Health Organization, and Congolese cardiologist Kanigula Mubagwa. The Ugandan doctor and epidemiologist Prosper Tumusiine has worked for the World Health Organization for twenty years. Kanigula Mubagwa was professor of medicine at KULeuven for many years. Now retired, he became rector of the Catholic University of Bukavu in Eastern Congo.

At the outset of the pandemic, there were strong fears of its impact on the African continent, especially in Sub-Saharan Africa. A continent where institutions are weak, only in North Africa and South Africa sufficient ventilation equipment is available, and where care facilities are very modest, would have been difficult to deal with a flood of corona patients.

“Apparently the African continent has done its homework.”

More than eight months later, the continent appears to be surviving the pandemic relatively well. The dreaded flood did not come. “Turns out the continent had done its homework,” says Prosper Tumusiine. In recent years, 46 countries have received independent assessments of their preparedness for health emergencies such as a pandemic. 30 countries had so-called National Plans for Health Security ready. ‘ 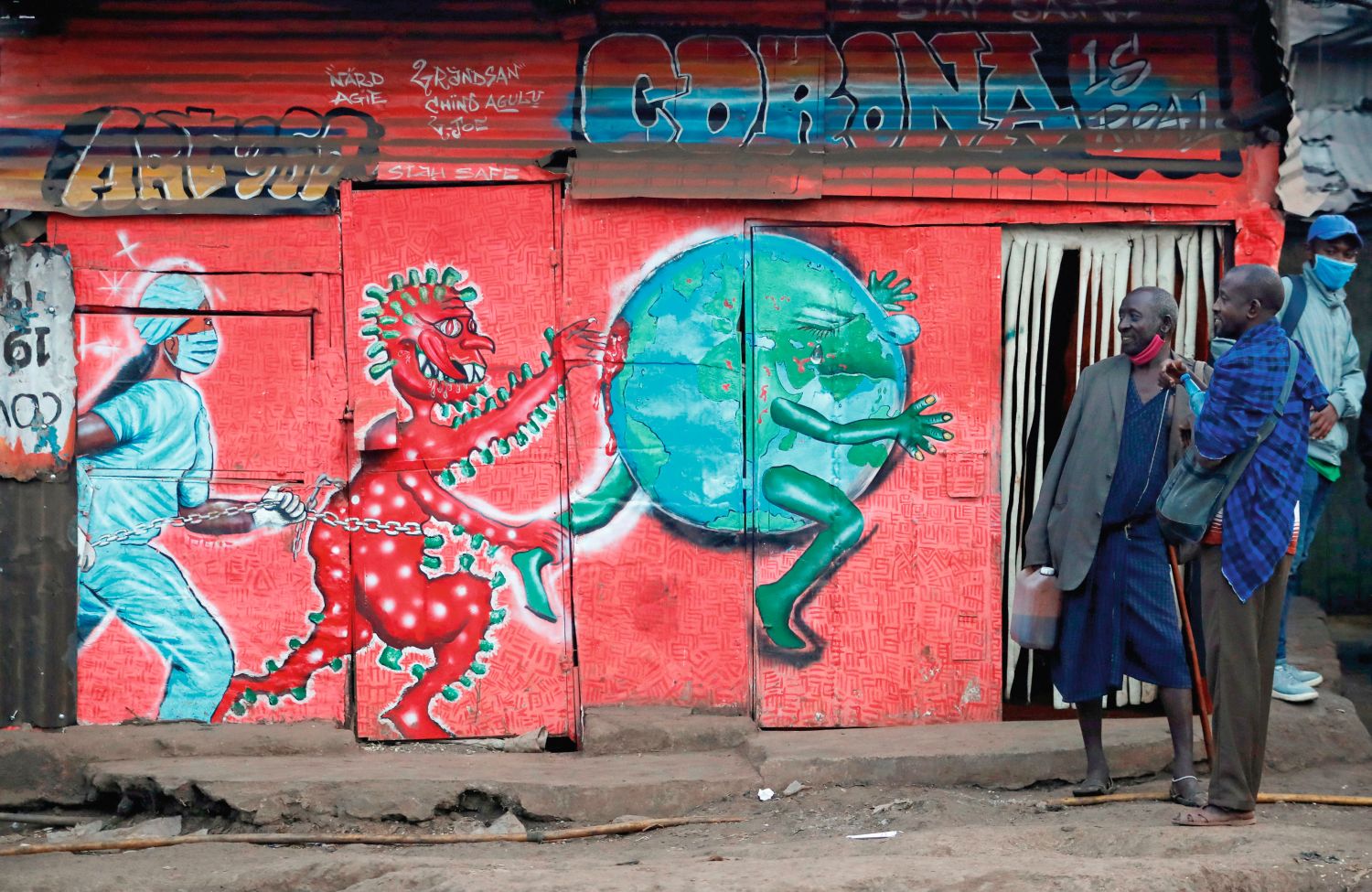 Moreover, many African countries turned out to be used to dealing with infectious diseases. As a result, they managed to react more alertly than most Western countries. “When the pandemic started, only two countries had the infrastructure to process COVID-19 tests,” says Tumusiine. At the end of February, 42 countries had sufficient test capacity of their own. The only thing that wasn’t ready was the funds to implement the national plans, but when the pandemic finally arrived, countries responded quickly. Most of the funds came from outside. ‘But some governments also generated extra income locally.’

Cardiologist Kanigula Mubagwa partly agrees with his colleague on this. ‘In Bukavu (in Eastern Congo, ed.), the first cases were reported as early as March, but the situation remained calm until May. We probably didn’t know many cases anyway. ‘ Although there was test capacity in Congo, the tests had to be sent to the capital Kinshasa, which entailed a waiting time of ten to fifteen days. ‘At the end of May we got more people with breathing difficulties in the hospitals.’

Yet the figures are also remarkably low, according to Mubagwa. ‘We estimate that about fifty people have died of COVID-19 in and around Bukavu, which is a city with a million inhabitants. Perhaps there are more because some of them will have died at home, but in the meantime the virus has more or less disappeared. ‘ In the whole of Congo, 11,800 infections have been diagnosed so far and 321 have been killed (figures as of 17 November).

Building on existing knowledge and experience

Not only the pre-made plans could compensate for the lack of infrastructure. The existing knowledge and experience were also immediately applied. ‘Strong detection systems have already been set up for previous major outbreaks of diseases, such as Ebola. Moreover, the recent Ebola outbreak was still fresh in the minds of citizens and institutions, ‘says Tumusiine.

‘The recent Ebola outbreak was still fresh in the minds of citizens and institutions.’

The acting WHO-Africa director also saw how, in most places immediately, a local approach was linked to the national approach. “Teams were set up to reduce the virus within local communities.” Ethiopia is a good example, he says: ‘Although the country initially reported few cases, it put good systems in place. It built up testing capacity very quickly, going beyond the capital. In this way, outbreaks were quickly detected. ‘ 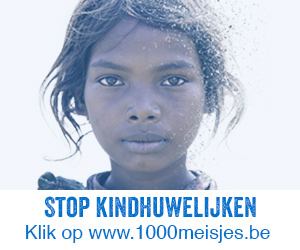 It is an approach the West can learn from, says Tumusiine. ‘Local participation is crucial in a pandemic in order to quickly detect and isolate outbreaks. We rely very heavily on local communities. ‘

But not every African country is doing well for that reason. ‘It has been difficult to work with Tanzania until now. The disease is difficult to keep an eye on there, because the government does not report any figures to us. We have lost track of it since April. ‘

Does Africa have group immunity?

Nevertheless, this direct approach is not sufficient to explain the (considerably) lower figures. ‘And it is certainly not the result of the figures themselves’, says Tumusiine. ‘If there are infections, we quickly detect them and process them in our data. We are not underreporting cases. ‘

Nevertheless, it is remarkable, because for us the now ‘classic’ measures such as a (semi) lockdown, are less applied on the African continent. Moreover, such measures could do more harm than good, on a continent where there are fewer social safety nets against loss of income and access to health care is more limited. ‘In any case, it is true that there is very little social distancing. Don’t hurry. Masks are also rarely worn ‘, Mubagwa confirms. ‘How it is possible that there are hardly any corona diseases is unclear. We know that it cannot be genetic since African Americans and African Europeans are affected at least as much, perhaps more so than their fellow citizens. The climate also offers no explanation, because Brazil has a comparable tropical climate and is severely affected by the pandemic. ‘

“It’s not genetic because African-Americans and African-Europeans have also been affected, perhaps more so than their fellow citizens.”

Is it due to a younger population? The median age on the African continent is 19.4, which is half that of Europe. That’s a possible factor. Young people are simply less vulnerable than the elderly, ‘says Tumusiine. “But it cannot be that alone,” Mugabwa makes the comment. ‘Congo has eighty to ninety million inhabitants, two percent of whom are over 65 years old. So there are 1.6 million people over 65. Yet we hardly see any more deaths in that group. ‘

It leaves one more hypothesis, says the Congolese doctor. “A locally grown immunity.” The idea is that similar diseases have been circulating in Africa for some time, increasing the chance of immunity. “But we are not sure about that because there is not yet strong evidence for it,” says Tumusiine. ‘We should therefore research this scientifically,’ says his Congolese colleague. ‘It would be good if more systematic health research is done in Africa.’

Moreover, the pandemic is not only impacting the economic family on existing health care, regardless of COVID-19. ‘It is also being disrupted by the pandemic. We saw a decline in services and areas such as vaccination campaigns were impacted. In some cases people get no or less access to healthcare. ‘

Over time, many hospitals did build up triage systems, says the WHO director. ‘For example, ordinary health care is combined with care for COVID-19 patients. For people with chronic illnesses such as hypertension or HIV / AIDS, we saw that in some countries they were given drugs for three to six months, so that their treatments remained accessible. That was a good action, which was much worse. ‘

But also (violent) conflicts sometimes continue. For example, it was only in Ethiopia, in terms of a preparatory approach, according to the WHO director a good student, that a civil war broke out in the province of Tigray.

And what about vaccination campaigns?

The news that the Pfizer vaccine can show good results was received very positively worldwide. But what is the chance that a vaccine can also be distributed on the African continent?

‘It is a major concern. Everyone must have fair access to a vaccine. We are therefore working on the COVAX initiative, which aims to secure shipments of vaccines for developing countries. We hope that this will not exclude Africa, ‘says Tumusiine. COVAX is an initiative of the World Health Organization and GAVI, the global alliance for vaccinations. In COVAX, 92 richer countries are raising resources, to date $ 700 million, to have two billion vaccines available by the end of 2021, accessible to their own citizens as well as those of 94 poorer countries. Availability of vaccines is one thing, distribution of those vaccines is another challenge, Tumusiine also knows. ‘The African Union is also working on plans for when the vaccine will be available. Because we have to build systems to vaccinate people on a large scale. ‘

Einbinder filed a lawsuit with the Arbitration Institute

Marianne Vos becomes the billboard for the women’s team Jumbo-Visma |...

Google Chrome extensions will work differently from now on

Music stages also have to deal with a maximum of 30...

‘Harry and Meghan celebrate Christmas with friends in Los Angeles’ |...