From Dubai to Tomorrowland? While you changed the transition blanket to a duvet, and maybe watched an old movie in the living room of the house in a secluded weekend, the popular singer in Israel continued to make a living, and not just – in the middle of the sea, and with one of the most successful DJs in the world.

It happened yesterday (Friday), in Dubai, where the singer has been spending weeks with his entourage, and sometimes even works from there. In the afternoon, DJ Martin Grix, who has been voted the best DJ in the world for four years in a row, posted a story on his Instagram page, recording a yacht to the delight of some close friends, who seem to have forgotten what a corona is. One of the celebrants, to be exact – the one who held the microphone and actually picked up all those present next to the Gricks, is none other than our Omar Adam.
Along with the much-criticized recent criticism of Adam, who does not hesitate to share his hundreds of thousands of followers at parties he attends despite the global crisis, the singer continues to celebrate and, one might say, promotes our new peace agreement, as only Israelis know how to do.

By the way, in case you were wondering, apart from the plethora of shared photos of the two making a living, Martin Grix is ​​following Omar Adam on Instagram. Is it possible to expect the international collaboration of the number one star in Israel with one of the most successful DJs in the world? time will tell. forthright? We would not be very surprised if the answer to this question is yes. 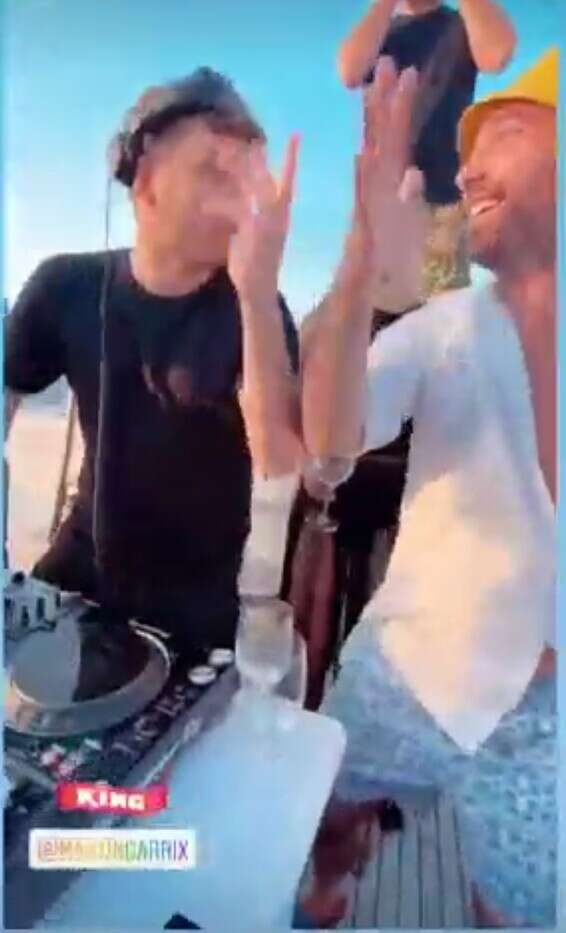 349 were diagnosed at midnight, another decrease in the number of...

Jelle Geens is also on the podium of the WB triathlon...

REACTIONS. Club Brugge continues to believe in it: “Maybe …