The average length of time for a building permit to be issued in price-per-tenant projects, since the developer won the tender, is 24 months, according to a sensitive government database that reached Calcalist. But this average figure does a lot of favors with very many cities where the time period for issuing a permit is much longer, and stands at 31 months on average, although most major cities are in high demand.

According to the database, since the launch of a price-per-tenant program in May 2015, 78,000 apartments have been drawn so far, but permits have been issued for the construction of only 48,000 apartments. In the 11 slowest cities, there are approved plans for 23,000 dwellings, ie about 30% of all dwellings marketed in the government plan.

The local committees of each of the cities are responsible for issuing building permits, the procedure is managed by them and the data on the time periods that elapse from submitting an application to receiving a permit are kept with them. Therefore, so far the government has found it difficult to get an overall picture of the progress of the building permit issuance procedures in the cities.

According to the database, the slowest city in issuing building permits for a price per occupant is Kiryat Gat, where 1,258 price-per-tenant apartments were marketed, and on average it took construction companies 40 months to obtain a permit. A major reason for the prolonged delays is the struggle of Mayor Aviram Dahari in the country in an attempt to improve the terms of the umbrella agreement he signed. For a long time, Dahari did not allow building permits to be issued, in order to increase the amounts of money invested in the city, to motivate the construction of an interchange and to accelerate the construction of classrooms and public institutions. The price of the struggle was paid by the construction companies and the winners of the lotteries.

In Modi’in, one of the most sought-after cities for residence, 2,788 apartments were marketed, but an average of 38 months elapsed before a building permit was obtained. Although the last land marketing tender closed in August 2017, so far 52% of the apartments have not received a building permit.

In Carmiel, an average of 37 months elapsed before a building permit was obtained. Although the last tender closed in August 2016, out of 804 apartments marketed no less than 457 have not yet received a permit. 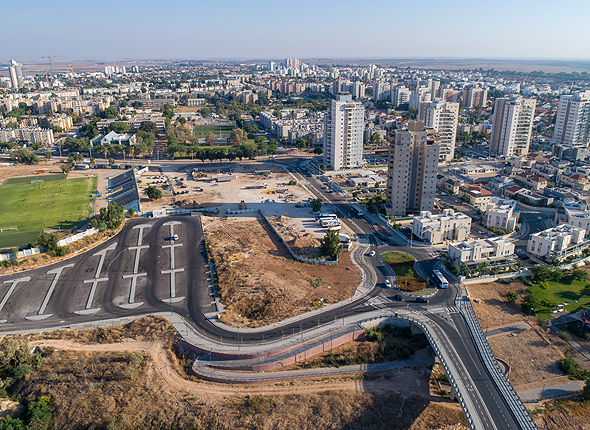 However, the comparison between Modiin and Carmiel is not fair. Modi’in is an established, resource-rich city and was even one of the first to sign an umbrella agreement under which budgets were allocated to it. Carmiel, on the other hand, is small and lacks resources. A senior manager at a construction company building in Carmiel told Calcalist that the problem there is a severe shortage of manpower in the engineering department: “They do not have the manpower to handle building permit applications. Although we have several plots, we were told they could only inspect plot after plot. One will be able to move on to the next pitch. “

Other cities where construction companies had to wait more than 30 months are the requested Rishon Lezion, where they wait an average of 30 months for a building permit, and there are about 2,300 apartments waiting for a permit; And Mevaseret Zion, where 1,057 apartments were marketed in August 2017, 57% of which are still awaiting a permit. As in Kiryat Gat, also in this case the reason for the delay is the mayor’s struggle in the government, his refusal to approve the facilities for developers and a demand to promote a bypass road.

“The money is just lying”

In the five years that the government housing program has been in operation, exceptional resources have been devoted to it, and a headquarters has been set up in the Ministry of Finance that deals exclusively with promoting the program and resolving barriers. Precedent-setting government bodies involved in residential construction, including the Planning Administration, the Israel Land Authority and the Ministry of Construction, have been subordinated to housing headquarters. Meetings and talks were held daily with mayors, planning institutions and directors of government bodies with the aim of recruiting them, removing barriers and speeding up the process of obtaining permits. Nevertheless, the government has not been able to shorten the schedules by at least two years on average, with the situation being worse in large and important cities. 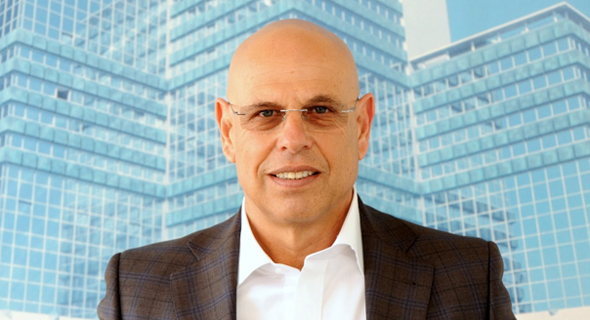 Haim Feiglin, Vice President of the Builders of the Land Association of Contractors and CEO of the Tzemach Hamerman Construction Company Credit: Kfir Sivan

If in a regular project a construction company that delays in promoting the project enjoys an increase in housing prices, it can be argued that it has no special motivation to advance construction quickly. However, at the price per occupant, the winning company undertakes to sell the apartments at the price set in the tender, and cannot change it even if a price increase is recorded. Haim Feiglin, vice president of the Builders’ Association of Builders and CEO of the construction company Tzemach Hamerman, told Calcalist: “At the price per occupant, the wait for a building permit is already after I paid for the land and development expenses. I invested equity, and took heavy bank credit. Start building otherwise the expenses go up, and you can not raise the price of the apartments that you have committed to the price.I can not go to other projects because I do not have unlimited equity.If I could set off half a year after winning the project, you could move the equity very efficiently “.

According to the contractors, the online system that was launched about four years ago, and is known as “available licensing”, has made the procedures for issuing building permits slow and cumbersome. “The problem with available licensing is that it is not available,” Feiglin said. “There are a lot of glitches in the available licensing system, we hoped it would solve us from running for licensing committees. Since the business is not working well there are cities that have developed separate systems of their own. “There is no uniformity. Another problem is that every time the local committee gives a comment, you are returned to the beginning of the process instead of commenting on all the comments or at least moving forward at the same time.”

One of the solutions the Ministry of Finance has been trying to promote in the past year is an amendment to the law that will allow a construction company to issue a building permit independently, provided it meets a number of conditions, the plan does not exceed the approved master plan, and the architect signing the permit has gained at least five years experience. Together with the Arrangements Law and the State Budget for 2021.

Slight increases in the opening of trading in Tel Aviv, leading...

The house price is also inflation, Klaas is told

US indictment of Saudi crown prince for murder of journalist Khashoggi

Question marks about ‘our’ Oxford vaccine: is it reliable?