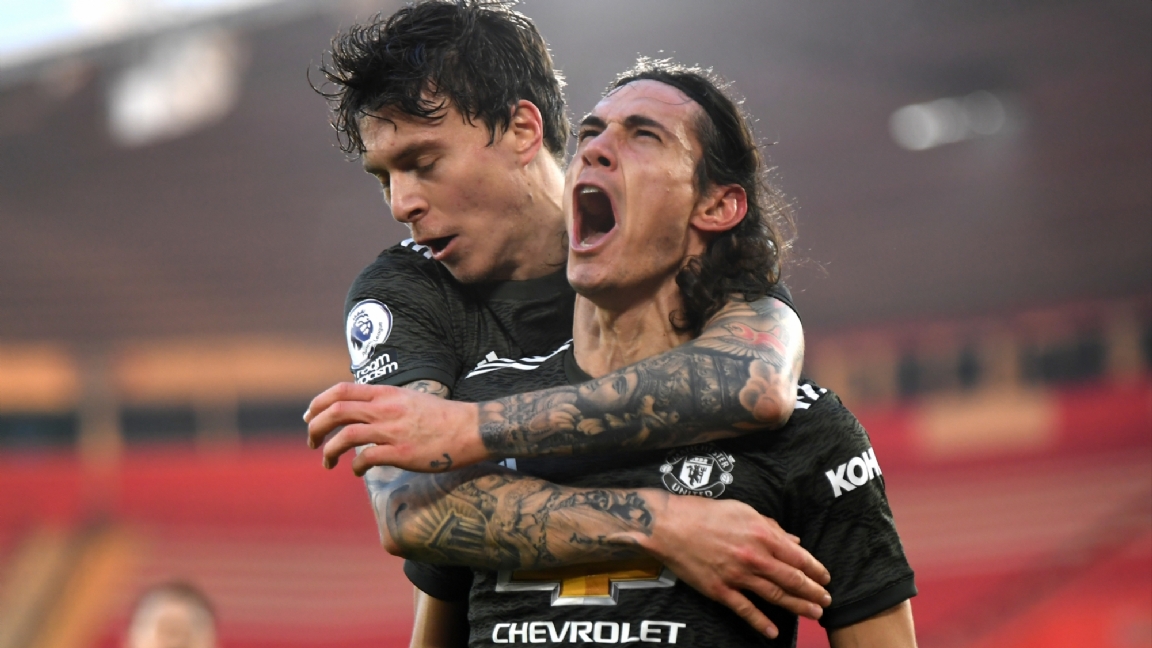 Manchester United booked a sensational victory over Southampton on Sunday afternoon. Ole Gunnar Solskjaer’s team fell 2-0 at St Mary’s, but turned the game around completely after a substitute by Edinson Cavani. The Uruguayan prepared the connection goal, took care of the 2-2 himself and struck again in injury time: 2-3. After Ruud van Nistelrooij (in 2002 against Charlton Athletic), he became the second substitute ever for Manchester United to both score and assist in an away game in the Premier League. Donny van de Beek had a starting spot for the first time in the Premier League the Red Devils, who pushed Southampton from fifth place with eighteen points.

James Ward-Prowse was the star of the first half at Southampton. The central midfielder played a crucial role in both goals in the first act, giving the assist first and then putting his own name on the score sheet. Halfway through the first half, Jan Bednarek headed backwards at the first post after a turning corner from Ward-Prowse. Ten minutes after the goal, Ward-Prowse curled up from a free kick taken near the left corner of the penalty area.

David de Gea got another hand against the ball, but was unable to turn the bet. De Gea injured his knee in his attempt to keep the ball out of the goal; during the break he was replaced by reserve goalkeeper Dean Henderson, who started his first Premier League game for Manchester United. The visitors were still threatening in the opening phase, for example with a shot by Mason Greenwood in the side net and a distance attempt by Bruno Fernandes that ended up on the post, but could not look back on a strong first half.

Only after an hour did Manchester United come back into the game. Aaron Wan-Bissaka got the ball to substitute Cavani, whose next cross in the penalty area fell at Bruno Fernandes’ feet. The Portuguese took the ball, turned it open and found the left corner: 2-1. Manchester United went on the hunt with the equalizer and got what it was looking for sixteen minutes before time. After goalkeeper Alex McCarthy processed a corner, the ball ended up at Fernandes. He took it from outside the penalty area, but the ball was diverted and Cavani was in the right place after a good run to make it 2-2. It seemed to stay there, until the striker hit a header in injury time on a pass from Marcus Rashford.

Did Manchester United deserve the win over Southampton?

Powerless Orange does not get past Bosnia in second game under...

What happens if Trump decides he is not getting the election...

Relive the training of the Red Devils as if you were...

Lampard about arguing with Mourinho: ‘I’m not an arrogant character’ |...

“Culture of blurring of standards and insufficient sense of integrity”

US indictment of Saudi crown prince for murder of journalist Khashoggi