Good news for insulators. The current month has brought with it a rare technological event that only takes place once every seven years, more or less, and provides a reason to party for millions of gamers around the world. Microsoft recently launched the new version of the XBOX game console, followed by the launch of the next generation of the popular PlayStation game console from Sony.

The fifth generation of the PlayStation console – the PS5, comes in two editions. An edition with a Blu-ray player and a second, without a drive, known as the “digital edition”. Microsoft will also launch two versions of the next generation XBOX console. The “regular” X model, and next to it the S model, which is a kind of “lite version”, whose price is much lower than the full version.

Stronger and faster hardware, and minor differences between consoles

So what upgrades do the new consoles offer? Both consoles boast more powerful and faster hardware mainly thanks to the transition from “regular” disk drives in previous consoles, to fast SSDs. The result is a drastic reduction in the loading times of the games and the transition between stages and between games. From waiting a few tens of seconds, to almost zero time, on both consoles. Microsoft has reported that the speed improvement is forty times faster than previous generations. The technical specifications of the Xbox console are considered to be officially stronger except, however these are minor differences. These differences may have a greater impact down the road on the gaming experience, but as for the titles (games) currently available in the market, these are not differences that are considered significant between consoles.

The PlayStation is still considered the most popular console in Israel, and is especially popular with “heavy” gamers, for whom it offers popular “exclusive” games that are not available on competing consoles, such as God of War, The Last of Us or Uncharted. Although the Xbox also has exclusive titles, these are not considered to be in significant competition with the PlayStation.

On the downside this Xbox compensates with a games library in the model of a monthly subscription. For the price of individual titles, users get access to many dozens of games in the online game Xbox Game Pass Ultimate, a new version of which was launched in parallel with the console. The library offers over a hundred games for console and PCs and free access to the EA Play game library, which includes over 60 games. Endless employment for isolation or closure. Microsoft is expected to add Bethesda’s game library to this library, which it acquired for $ 7 and a half billion in September this year.

“Slim” version without a drive for online games only

As for the different versions, as in the PlayStation, the main difference between the full version and the lean version is the lack of a drive in the lean version. This means that players in this version will not be able to add to the game CDs and will only be able to play online. The lean version also transmits to the screen only 2K quality, compared to 4K in the full version. The full version of the Xbox includes, unlike the PlayStation, also a memory expansion slot, and boasts a new button that allows instant play of the game on “Live” on platforms like Twitch.

Unlike previous launches, this time, not least due to the Corona crisis, the launch of the consoles was not accompanied by major launches of new titles. Along with the fact that the consoles themselves do not feature revolutions, the focus has shifted to ancillary equipment. Sony is particularly proud of the features of the new game controller (joystick) that are supposed to enrich the gaming experience in a way never seen before. 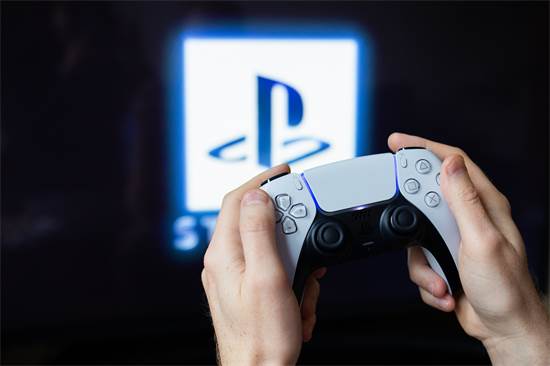 The new vibration features in the PlayStation game controller offer the possibility to better feel the game environment and the tools that the player uses during it. For example, they give the player a better sense of the weapons he is using in the game. If the player is supposed to “operate” using the archery controller used as a weapon in the game, the features of the new controller will cause him to feel increasing resistance of the controller buttons, as he tries to stretch the bow more strongly.

The new vibration, known as DualSense, gives the player different sensations that will help bring the gameplay experience closer to the on-screen experience. For example, the controller can affect how the player feels the “ground characteristics” on which his “character” in the game “walks”. If the character in the game walks on iron, sand or glass, the player should feel through the controller as if he himself is walking on a physical substrate of sand or glass.

In Israel, the PlayStation console occupies the main market share, and the marketing networks reported similar demands at the current launch. A network of electrical warehouses reported dozens of customers waiting at midnight to get the consoles they had ordered two months earlier and reported that only units of the X version remained in stock.

In Banda, the Xbox importer reported that thousands of units had been sold and that the importer had run out of stock but there were still consoles available in the retail chains. At the same time, Mishpar, a Sony importer, has already reported a shortage of units for the new PlayStation. According to them, the stock ran out after all the units of the console were pre-ordered. The “Bug” network said that an inventory of hundreds of PlayStation units was ordered within minutes of opening the console pre-order option, compared to the low demand recorded for the Xbox.

As of this weekend, both consoles are already available for purchase in Israel.

Twitter will again be handing out blue ticks to users

Frenchman tries to bypass lockdown: “Must beat someone up now”

Red Dead Online is launched as a standalone game

Before the Ashes uitgelegd in trailer -…

Almost all Brussels covid beds in intensive care are full

This is what returning to the gardens on Sunday will look...

Ilan Sigal will serve as CEO of Golan Telecom – Economics

Xiaomi is working on an extendable zoom camera for smartphones

The battle of the minds of Pep and Bailesa