US President Donald Trump’s contagion of the Corona virus has shocked the entire world, and the fact that he contracted the virus less than a month before the presidential election has raised many questions about his continued presidency. To the horror scenario: What will happen to the president’s health condition that will not allow him to fulfill his role?

More on the same topic

Trump has been hospitalized, conflicting reports of his condition

Under the U.S. Constitution, in the event of a health fortification the president will be replaced by his deputy, Mike Pence. Trump could transfer his powers to the flashlight himself, or alternatively a “competent government official” could inform Congress that the president is incapable of fulfilling his role. In both cases, Pence will be able to serve as president until Trump announces in writing that he is able to return to office, or until the next presidential election. 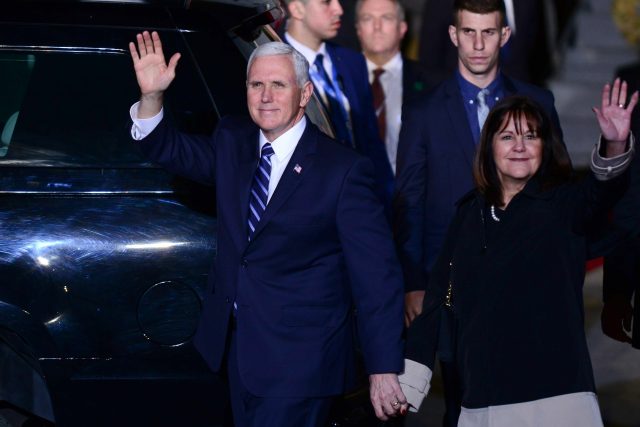 Since Pence received a negative result in the corona tests he underwent after Trump was infected, at this point there is no fear that even the vice president will not be able to serve in Trump’s place if necessary. However, in the event that Pence also falls ill in Corona and is unable to fulfill the powers of the president, next in line is the Speaker of the House of Representatives – Democrat Nancy Pelosi.

What will happen to Trump dies from Corona?

In the current reality, the issue of imprisonment becomes more complicated due to the proximity to the date of the presidential election. As a result, in recent days the question has arisen of what will happen if Trump dies before the election, and how this will affect the November 3 vote.

Under Republican Party law, in such a case members of the party convention are supposed to vote to elect an alternate candidate – but because of the tight schedule and corona constraints, the convention will likely not be able to convene before election day. In addition, early voting has already begun in most U.S. states, with voter turnout expected to be much higher due to fears of Corona being caught at the polls. To serve as a presidential candidate.

So what happens if we get to the point where the corona overpowers Trump before the election? This question is likely to reach the US court, as many issues have not been explicitly addressed in the law. If Trump dies after the election results are obtained, but before the Electoral Conference – in which 538 representatives of the various states vote to identify the chosen candidate in their countries – the main question will be whether voters are allowed to vote for a candidate to replace Trump, even though they were elected by citizens himself.

To the disappointment of Democrats, a decision to disqualify Trump’s electors after his death would not automatically lead to Biden’s victory – because in that case, no candidate would get the required majority in the Electoral College (270 out of 538 votes). As a result, the decision will go to the U.S. House of Representatives, with one representative from each state voting to decide the identity of the president. The results of such a vote will depend on the results of the congressional election, which will be held in parallel with the presidential election.

Republicans now control 26 of the 50 delegations in the House of Representatives – but that may change after the vote, with polls estimating Democrats may regain control of some key states. In any case, the various scenarios following Trump’s involvement in Corona make voting in the election much more interesting. Who will win in the end? We will know this coming winter.

Did you find a mistake in the article? Does the content in the article infringe your copyright? Encountered an inappropriate advertisement? Report to us

“Given the polls, we can assume that it will be Biden,...

Steven Van Gucht: “We are still a long way from safe...

With the new series of smartphones from Xiaomi you can take...

Police caught more than 50 people in one house: “So many...