Rabbi Kanevsky’s order yesterday (Saturday), according to which the ultra-Orthodox institutions will return to school in violation of the closure guidelines and the outline for leaving it, drew a harsh response from a number of politicians and public figures. This afternoon, they were joined by the CEO of the Israeli high-tech company NICE, Barak Eilam, who has previously spoken out on a number of issues of this kind – including the introduction of yeshiva members in Corona to Israel during the first closure, the prime minister’s protest against the high-tech industry and more.

This morning, in accordance with the rabbi’s instructions, hundreds of Torah studies were opened for studies throughout the country. Health Minister Yuli Edelstein even threatened to deny budgets from the institutions that opened, when he said tonight that “there is no permission to open any educational institution beyond the age of six. Anyone who does so is subject to heavy fines, perhaps even a license revocation and budget denial from the institution. “To be surprised and not to complain that the state is allegedly abusing one institution or another.”

Congratulations to Rabbi Kanievsky and all his supporters on the successful declaration of independence under the auspices of the Prime Minister of Israel. A lesson from a thousand in a hostile takeover of a company, by 12% of the stakeholders and all this without opposition. PS: Update as soon as possible whether we continue to transfer taxes in the normal course or there is a new process for the flow of funding. @netanyahu pic.twitter.com/bKBnAdDTGN

Eilam is not only angry at Kanevsky’s order, but also at the helplessness shown by the Israeli government, according to him, in its dealings with the rabbi. Thus, in a post published today, Eilam wrote: “Congratulations to Rabbi Kanevsky and all his supporters on the successful declaration of independence under the auspices of the Prime Minister of Israel. A thousand lessons in hostile takeover of society, by 12% of stakeholders, all without objection. PS: We continue to transfer taxes in the usual way or there is a new process for the flow of funding. “ 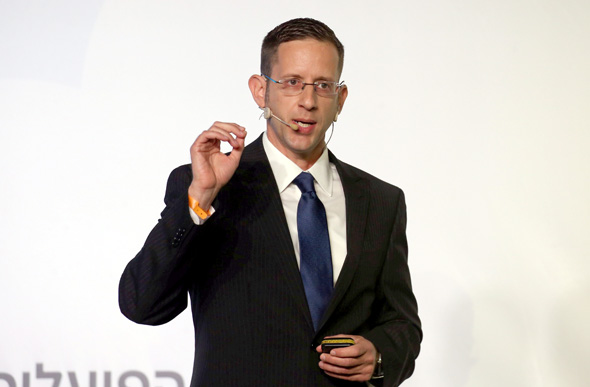 *The article has been translated based on the content of Source link by https://www.calcalist.co.il/local/articles/0,7340,L-3862170,00.html
. If there is any problem regarding the content, copyright, please leave a report below the article. We will try to process as quickly as possible to protect the rights of the author. Thank you very much!

Prime Minister for Traders: “Asks you to cooperate in a few days”

The cabinet has decided: the synagogues will open this coming Sunday, the shops will wait another week

If the walls could talk

The Israeli experimenters who will receive the vaccine against Corona are ready: …

France: Hundreds of worshipers marched against President Macron on the Temple Mount

LIVE: Will proud leader Charleroi keep the points at home in...

Two Dutch talents on The Guardian’s ‘list of the future’

Aerts makes the victory gesture for the first time after an...

Mayor Lasri: “The hotline at the most significant risk – the...