Then a comeback, guns, one in the head, one on the left and one on the right. A perfect hat-trick from a script that only he has been writing for years and we come to watch time and time again. As if he is the director, editor, producer and star of the film.

And he checks on us all the time. How great is the love for him. Annoying everyone to see if they will forgive. Flirting with the border. Know that the critic is galloping towards him only to divert her to the fuel tank and answer before she knocks on his door.

One who lives in a binary reality – either you are with him in fire and water or you are against him. There is no middle ground. Loyalty test. Golden or anti-golden. There is no Center Party and come to the streets. 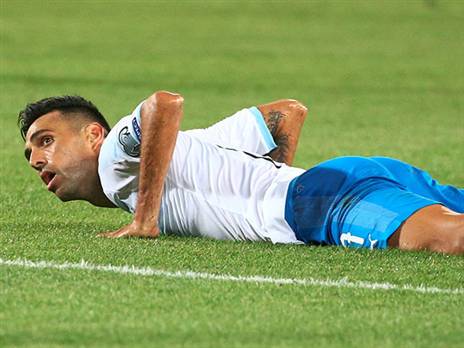 Appears in the interview stand and already knows that the accusations against him have become a song of praise. The script is familiar. Not scribbling, recounts at trial the confrontation that has already been forgotten. Aware that everyone in the house is amplifying and shouting “quiet at home” because the boss is talking. Looking cynically at those who demanded his head in half as if to say to them: “Have you not yet learned a lesson?”. Makes the shouters cringe and the subjects bow again. “And the light will rise …”.

Checking out those who left and demanding his head, called him to go Kibinimat so that the future generation finally gets a chance (how much does the young woman end this week?) And smiles at them a big smile that makes one think: Could he have wanted us to be double lagged? Maybe he even designed the penalty in Scotland ?? Or the Savyon riot? That’s how golden it is. Playing with all of us. Forever in the center.

To the trustees he sends the familiar wink from Basel, the derby and against Austria. To the angry he laughs because they further dare to say that he is just a good actor. not great. Neither Eyal nor Haim, just a fine actor. Let them say and we will meet.

The conquerors’ table opens and again he reminds those who were furious that he is not functioning in the team, that the distance legends have made in dozens of games, he swallows in half. And again they shout at him “all of Slovakia” and he smiles. Because then he understands well, who is with him and who will continue to wait in the corner. 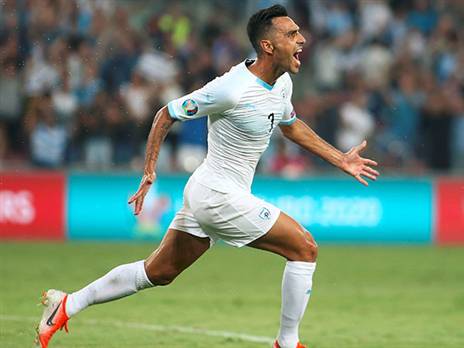 Who else dares to say he is just a good player? (Alan Shiver)

Because sometimes a small match needs to blow up a missile. Once it’s an idiot in the stands in a derby, once it’s a record of conquests in China from which no one is impressed and once it’s an uncharacteristic penalty that it was almost clear he would not enter.

Eran Zehavi is the “ultimate hunger.” Send him for survival and he will make an alliance with himself and win lightly. There is a burning sense of revenge and anger, joy and madness that no one else has. All he needs is for someone or something to turn him on and fly him out of the way.

The voice of reason will shout ‘Zahavi will not fulfill his dream of playing in a big tournament from the same speech in the locker room in Scotland’, but the same voice will say – “How much more will I fall into this trap?”

And just dare to remind him of age. He will kick you and the connections – once on the right, once on the left and once in the head.

Great players of our generation. Angry, loving, hating and getting upset. At least not indifferent. 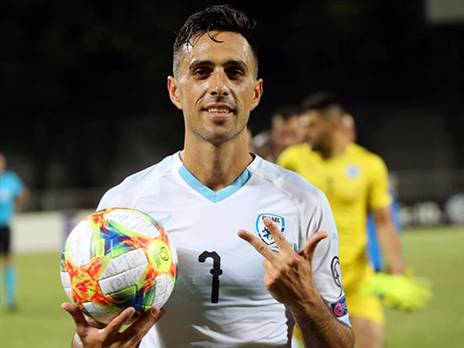 And yes, I too was angry at half in this uncritical game, and again I said, “Here he will again complain that they are looking for him.” And as in the memorable poker sketch, I too “I would have put my child there” that he would give the third in that minute that had already become a part of him.

Angry and bowing, disappointed and amazed, boiling and forgiving. Just to get him the crown again at the end of another evening.

Because this is Eran Zehavi, who may bring us to the Euros in 2028 and then declare that the goal in general was the 2030 World Cup.

*The article has been translated based on the content of Source link by https://www.sport5.co.il/articles.aspx?FolderID=285&docID=351683
. If there is any problem regarding the content, copyright, please leave a report below the article. We will try to process as quickly as possible to protect the rights of the author. Thank you very much!

Steven Van Gucht has bad news: “Even then we will not be able to let go of the measures”

‘Men on motorcycles’ unanimously agree on the incident …

Distribution plan for hospitals is still difficult: “Sometimes there is an ambulance that we had not expected”

Man in critical condition to hospital after shooting in Amsterdam | NOW

Clement gets some very bad news at Club Brugge | Football24

Zenit coach Semak: “Of course there is a corona risk against …

Referee Department has a painful message for Club Brugge | Football24

UM: 95 percent of corona patients still have complaints after six...

Shortening the duration of insulation by two days will save the...

Corona virus can survive for up to 28 days on smooth...

Emotional Monique: ‘He has not looked after us anymore’