In the village of the pines: Around 9:10 a.m., a report was received at the Judea and Samaria UAV about a fire between Modi’in Illit and Kfar Ha’oranim. Firefighters from the Binyamin Regional Station were launched into the area and began operations to extinguish the fire. At the same time, the firefighters identified that more forces were needed to reinforce the site, and due to the topographic structure of the area and the extent of the fire, aircraft were required to take off.

More than forty firefighters from the districts were rushed to the scene: Judea and Samaria, Jerusalem, Central, Dan and South, as well as six planes from the Elad Squadron. About three houses were damaged, and a fire and rescue commissioner arrived in Israel, Rabbi Dedi Simchi, who was closely monitoring the firefighting operations.

The commander of the Judea and Samaria District, Tafser Shiko Bar-Dov: I am glad that the incident ended only with property damage, and God forbid not to any casualties, this can be attributed to the firefighters who fought the flames fiercely and worked tirelessly to put out the fire.

In addition, I would like to point out the residents of the settlement who were attentive and acted in accordance with the instructions given, thereby assisting the forces that acted in the field and kept their souls alive. I would like to mention that there is a commissioner order prohibiting the lighting of fire, which violates the order is subject to the penalties provided by law. “

Firefighters worked to put out the fire, and IDF tractors helped create a buffer between the grove and the settlement.

The defense establishment suspects that In the number of fires that broke out during the day The fire started as a result of arson by Arabs. The security forces are working with the aim of locating suspects and collecting findings at the various centers. A security source told 0404 News: “In some places, findings have already been collected and it is clear that these are arsons.” 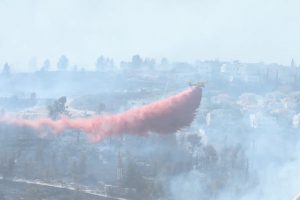 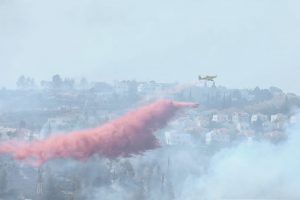 *The article has been translated based on the content of Source link by https://www.0404.co.il/?p=673236
. If there is any problem regarding the content, copyright, please leave a report below the article. We will try to process as quickly as possible to protect the rights of the author. Thank you very much!

A driver was stabbed to death after being involved in an...

Pechtold about mayor of Utrecht: “I did not apply”

Dozens of children with health damage from the first corona wave...

Youtube loses its most endearing star with Kastiop – Het Belang...

Anti-lockdown protesters in London clash with police, more than 150 arrests...