Israel and Bahrain will today sign in Manama a framework agreement to normalize relations and a full peace agreement between the two countries. The Israeli delegation, which will include senior political and diplomatic officials, will be headed by National Security Adviser Meir Ben-Shabbat, as well as Foreign Ministry Director General Alon Ushpiz. , And President Trump’s envoy to the Middle East, Avi Berkowitz.

The delegations are expected to hold a series of meetings on the implementation of the peace agreement between the countries and the establishment of full diplomatic relations, including the establishment of embassies and the exchange of ambassadors. At the request of Bahrain, the delegations will sign a ratification of a joint agreement of principles as an additional step towards the normalization of relations with Israel, and not a full peace agreement as recently signed in Washington between Israel and the United Arab Emirates.

A senior Bahraini Foreign Ministry official told Israel Today that Jerusalem and Washington had responded to Manama’s request to sign an interim agreement at this stage. “We are very excited about the arrival of the delegations from Israel and the United States and are preparing for an official and state reception. However, unlike the agreement signed between Israel and the United Arab Emirates, we prefer to take more measured steps and sign a framework agreement at this stage rather than a full peace agreement. “

“We are aware of the criticism that has arisen in Bahrain and the Arab countries over the agreements to normalize relations with Israel and consider it, but this will not stop the progress in relations between the two countries towards a full peace agreement, including full diplomatic relations, ambassadorial exchanges, embassies and a series of political, economic, business and tourism agreements. Jewish nation”. Senior Israeli Foreign Ministry officials who have already arrived in Manama told Israel Today that this is a milestone in reaching a settlement of full diplomatic relations between Israel and Bahrain.

According to them, since the announcement of the intention to reach a full peace agreement and the signing in Washington of the agreement in principle between Israel and Bahrain, there has been significant progress in talks between the parties; And the arrival of the delegations from Israel and the United States to the series of meetings in Manama, is intended to accelerate progress in regulating relations between Jerusalem and Manama and to promote joint and overt activity between the countries in the civilian spheres. The main issues on the agenda are economic and diplomatic. ”

During the visit, joint working groups will discuss areas relevant to the two countries in order to bring about the actual signing of joint documents in the fields of health, science, economics, environment, media, agriculture and arranging entry visas for tourists from Israel and Bahrain. It was also learned that the main document to be signed will be a framework document that will establish full diplomatic relations between the countries and include a joint declaration that the two countries will not take hostile actions against each other, and will act to prevent hostile acts by a third party or third party.

The document will also include a joint declaration by the two countries on their commitment to regional peace education and coexistence. The Israeli Ministry of Foreign Affairs and diplomats will be the ones to lead this peace in all its components: liaison with the government, with civil society and with economic factors in order to continue to build bridges between countries and societies. This also includes of course opening embassies. The Foreign Ministry is already in the process of planning to open an Israeli embassy in Bahrain. 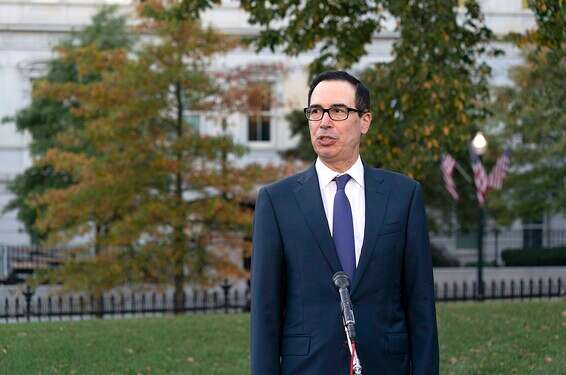 Meanwhile, a senior diplomat said that “the Foreign Ministry has been working in the Gulf states for more than two decades with the aim of creating a political and economic infrastructure for relations between the two countries. This infrastructure has enabled hundreds of Israeli companies to establish business relations with the Gulf states.” “We want to join the move, and build bridges with Bahrain and the United Arab Emirates.”

He said, “The Foreign Ministry’s activities include activities on social networks that allow for the construction of bridges between the peoples, indirectly. After the declaration of peace agreement with the Emirates and the establishment of relations with Bahrain, thousands of messages were received from the Arab world. Israelis visit them.The developments of recent months have been led by the Prime Minister’s Office, the Minister of Foreign Affairs and the Ministry of Foreign Affairs. “This is a historic event on every scale, and moreover, the creation of huge horizons for the diplomatic work that Foreign Ministry officials will do in the coming weeks, months and years to come.”

Political and diplomatic sources in Israel and Bahrain also noted the US administration’s effort to advance the Abrahamic Accords and establish diplomatic relations between Israel and countries in the Gulf and the entire Middle East, emphasizing that without US involvement, progress toward establishing agreements between countries would have been slower. Meanwhile, a delegation from the United Arab Emirates will arrive in Israel on Tuesday to promote cooperation within the framework of the peace agreements – chief among them the opening of embassies.

*The article has been translated based on the content of Source link by https://www.israelhayom.co.il/article/810907
. If there is any problem regarding the content, copyright, please leave a report below the article. We will try to process as quickly as possible to protect the rights of the author. Thank you very much!

The State Comptroller’s report states: “The GSS violated the right to privacy”

“I did not see”: The truck driver returned to the scene of the fatal accident in Ashkelon and was stopped – here in the...

“UAE wants to transfer Hadassah Hospital to them”

Corona Committee: About a quarter of students are at risk of dropping out of school

Ambassador Gilad Ardan: “Now everyone sees that the Palestinians are inciting” – World News

The murder of Tair Rada: the recording that is at the heart of the request for a retrial of …

Mandelblit replies to Amsalem: “Disseminator of swallowed words, lies that are repeated …

Hundreds protested in Netanyahu against Netanyahu after the law restricting demonstrations...

Brussels mayors come up with their own corona rules

demand stricter corona measures – Minister Slob does not want to...

Rivlin rejected the request for a full pardon for the late...

‘Shia LaBeouf charged with two felonies after colliding with husband’ |...