Tonight (Thursday), despite the law restricting demonstrations, protests against Prime Minister Benjamin Netanyahu continue throughout the country. More than a thousand people are demonstrating in Tel Aviv. They marched at the end of the protest in Dizengoff and Habima squares. The police declared that the action was illegal and 12 demonstrators were arrested. At one point, a car driver ran over one of the brains and fled the scene. The wounded woman was treated by MDA.

The vehicle that hit the demonstrator in Tel Aviv first stopped in front of the protesters – and suddenly accelerated and hit two women. This is not about him. A police source said: “We know the identity of the suspect. Tonight we will bring him in for questioning. ”

The demonstrator who was run over said shortly after the incident: “This is a murder attempt. I was run over on purpose.”

Regarding the demonstration in Tel Aviv, the Israel Police stated that “in recent hours there has been a protest during which street vehicles were blocked for traffic in the city. Follow the cops’ instructions. 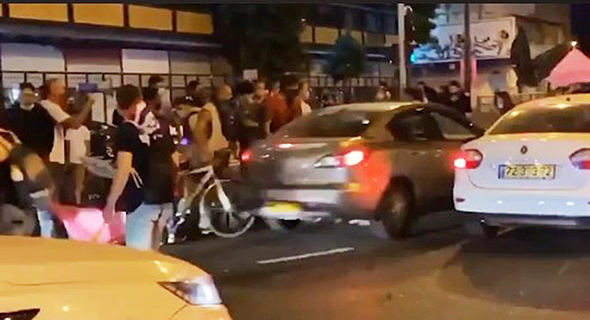 MK Miki Haimovich (blue and white) also toured the demonstration after many allegations were made by protesters about blocking deputies by the police. She said: . I found dozens of protesters who were in a certain compound on a stretch of road between two rows of policemen. I spoke to the commander of the incident and I am glad that the blockade was opened. ” 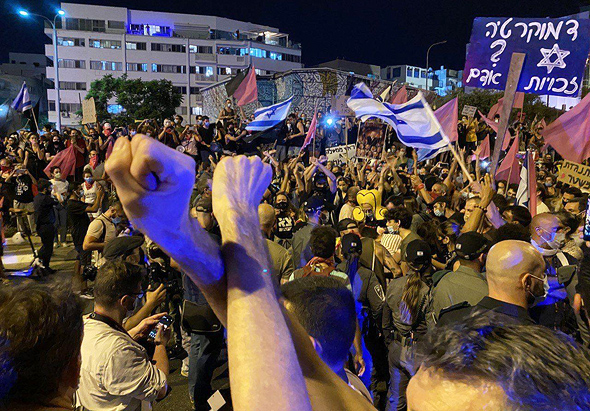 The “black flags” stated regarding the stampede in Tel Aviv that “the incitement heard from the prime minister and MKs from the Likud leads to another criminal attack on the demonstrators against Netanyahu and corruption. “The time has come for the ombudsman to wake up and prosecute Mickey Zohar and the rest of the haters.”

The “Black Flags” also said: “In the past year, the State of Israel has undergone a process in which powers are transferred from the Knesset to the government and headed by it. The police conduct intimidation investigations and use severe violence. A criminal accused as prime minister restricts the right to demonstrate. 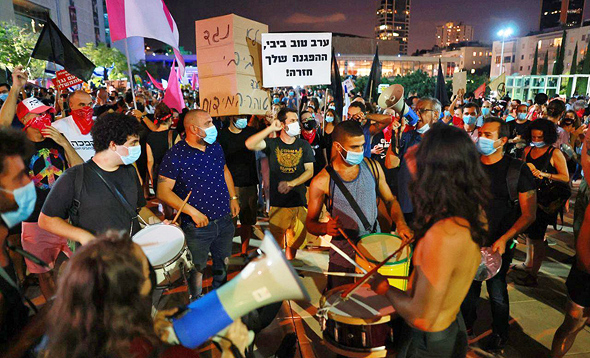 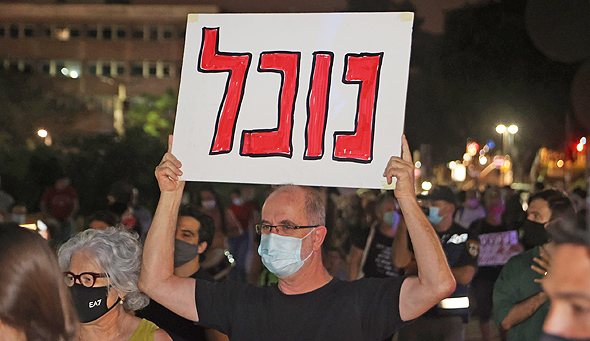 The “No Situation” protest movement stated: “With the entry of the most draconian regulations enacted in Israel in front of civilians, in violation of a fundamental right and until the High Court makes order in the chaos created here by the criminal defendant – we congratulate the kibbutz movement for joining the demonstrations. We call on all citizens of the country to go out and demonstrate in the most creative way possible until we correct the legal madness that has happened here and return to demonstrate in Balfour in full force. ”

Radan Schwartzman, who demonstrated at the entrance to Kibbutz Yifat in the Jezreel Valley, told Ynet: “Elected officials must throw Netanyahu out of their midst. The economy and democracy are collapsing because of Benjamin Netanyahu who is busy destroying the country. The corruption of Benjamin Netanyahu. “

Schwartzman added: “A defendant who is busy from dawn to dusk with his trial – closed the economy and caused NIS 35 billion in damage to prevent demonstrations outside his home. We, the citizens, must stop this madness.”

“Become a dictatorship, must go out and protest”

The youth organizations (“Come Israel”, “” We Are the Hope “,” The Pink Front “,” The Insults “,” Culture Shock “, and” We Woke Up “) reported:” The young people who are going to protest tonight all over the country are the young people whose criminal government killed them. , The bank accounts and the future.Although despair is growing and the country is crumbling before our eyes – we will continue to fight for it in the streets. 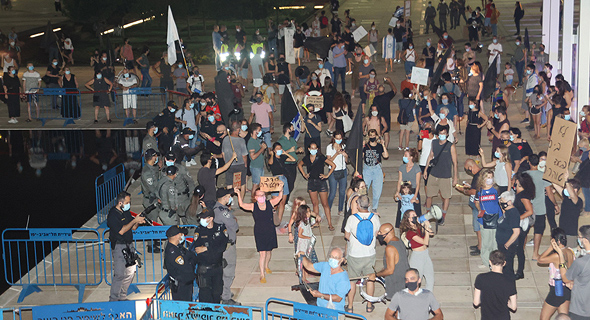 A demonstration in Dizengoff Square against Bibi Photo: Moti Kimhi

“While Netanyahu and his government are sowing fear and destruction and eradicating the fundamental rights of the citizens of Israel through legislation that is pale in the face of the most dictatorial countries in the Middle East, we will not remain silent or stand aside.”

Tali, a resident of Tel Aviv who used to come to demonstrations near the prime minister’s residence on Balfour Street in Jerusalem, said: “I will come here every day – until Bibi resigns. I don’t know if I will go to Balfour or not, but I do not rule it out outright.” According to her, during a demonstration in Dizengoff Square, the protesters wore masks and kept their distance: “There is no reason not to allow demonstrations.”

Adi, 27, who lives near the square, also joined the protest for the first time today. “To this day I have not demonstrated,” she said, “but after the Knesset decided to restrict the right to demonstrate – I felt we were becoming a dictatorship and so I came. This reality is very disturbing. We, as a public that cares about its future, must take to the streets and protest.” 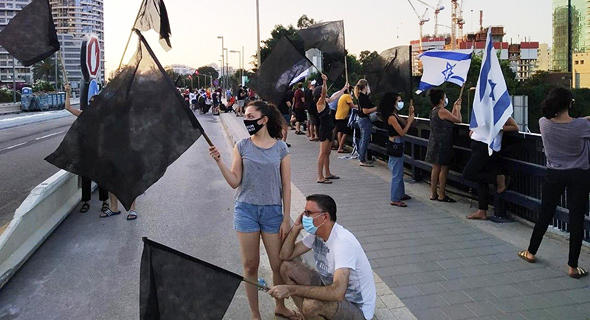 Demonstration at the Halacha Bridge Photo: The Black Flags

*The article has been translated based on the content of Source link by https://www.calcalist.co.il/local/articles/0,7340,L-3852193,00.html
. If there is any problem regarding the content, copyright, please leave a report below the article. We will try to process as quickly as possible to protect the rights of the author. Thank you very much!

The founders of Lalin sold their holdings for NIS 90 million;...

The deputy leader of the terrorist organization Hamas is infected in...

Suspected mastermind behind murder of Mormon family in Mexico …

Do you have an Android device? These apps contain malware...

Royal Caribbean, which is owned by Eyal Ofer, fell against the...