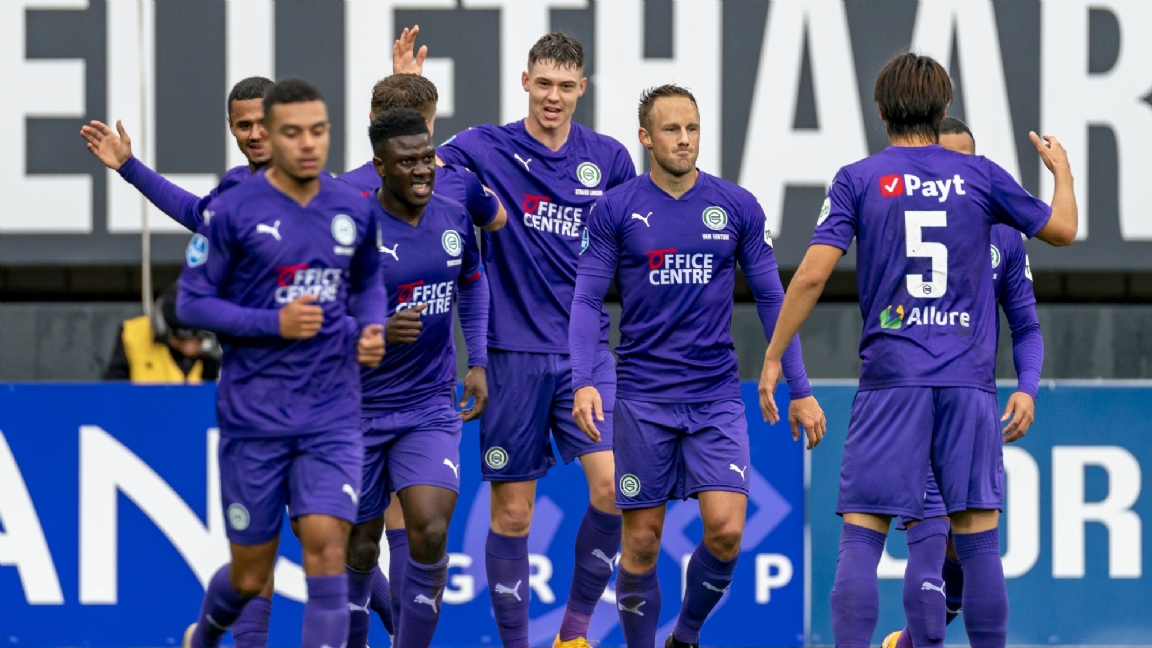 FC Groningen continues the good series of the last weeks. Danny Buijs’ team triumphed over Fortuna Sittard on Sunday afternoon 1-3, mainly thanks to Jörgen Strand Larsen and Bart van Hintum. Strand Larsen scored twice on a pass from Van Hintum, who then scored the third goal of the northerners himself. Thanks to the victory, FC Groningen now has ten points from six matches, putting Buijs’s team seventh in the Eredivisie. Fortuna Sittard gets stuck on two points and remains at the bottom of the league.

Fortuna Sittard was already behind after six minutes. On the left side FC Groningen searched for a free-standing player, who was found in the person of Bart van Hintum. The left back then had a cross that was valued by Jörgen Strand Larsen: 0-1. Fortuna quickly tried to produce the equalizer, but opportunities from Zian Flemming and Lisandro Semedo did not end up in the goal of Sergio Padt, who finished his bicentenary Eredivisie match for FC Groningen.

The visitors, where Arjen Robben was missing due to physical complaints, had little to fear from Fortuna and came to 0-2 after almost half an hour of play. A smooth counter by the away team resulted in a tight cross by Van Hintum in the penalty area. Beach Larsen came in front of his direct opponent and tapped the leather in the far corner: 0-2. Strand Larsen thus became the first FC Groningen player to score twice in an Eredivisie game since Kaj Sierhuis (22 December 2019). The forward also became the first Norwegian to score two goals in a league game since Erik Nevland in December 2007.

FC Groningen had many opportunities in the first half to extend the lead. Goalkeeper Alexei Koselev saved an attempt by Patrick Joosten, while Daniël van Kaam just missed the goal. A few minutes after the interruption, it was thanks to Koselev that a shot by Van Kaam in the corner did not mean the 0-3. An important moment, as Fortuna came to 1-2 not much later. After a clumsy charge by Joosten on Semedo in the penalty area, Mats Seuntjes used a penalty kick.

Fortuna did not play well, but nevertheless continued to make it difficult for Groningen. Still, the best options were for the visitors. Substitute Gabriel Gudmundsson came in from the left and saw Koselev turn his bet into the corner. The decision was made eleven minutes before the end. Van Hintum completed his excellent game by shooting the doctrine from a free kick from more than sixteen meters behind Koselev: 1-3. In the extra time, Remco Balk could have increased the score further, but face to face with Koselev he failed.

*The article has been translated based on the content of Source link by https://www.voetbalzone.nl/doc.asp?uid=379028
. If there is any problem regarding the content, copyright, please leave a report below the article. We will try to process as quickly as possible to protect the rights of the author. Thank you very much!

At the bottom of the table: The Tel Aviv Stock Exchange...

“Topshop owner on the verge of collapse in a few days”

Ruslana Rudina was evacuated to hospital: Will this lead to her...

Hasselt autopsy on corona patients shows how treatment can be more...

Eran Zehavi: Criticized from the Netherlands, it is alleged that he...