Three and a half months have passed since then Andy Herzog He informed the Football Association that he was withdrawing his candidacy for the position of coach of the Israeli national team. Since then he has been in constant contact with some of the players, talking on a weekly basis with Willy Rotensteiner, advising when asked and especially praising the Israeli footballer wherever possible, especially in his new role, as an Austrian ski commentator.

Herzog, 52, is currently trying to get out of the house a little less, both because of the corona virus that has raged again in Austria, but also because of surgery he underwent in the cruciate ligament and the meniscus in his knee. “My condition is improving, I am no longer young so the whole body is no longer as strong as it used to be,” he says in an exclusive interview just before the game to which he led the Israeli team and laughs, “a little pain but everything passes in the end.”

Why did you choose the media and not find a job as a coach on the lines?
“As you can see, it is not easy to make plans as a coach in the days of Corona. I had several offers, one from Germany and two from Austria, but I refused because I was not one hundred percent sure it was the right decision. I have time, I do not intend to rush.”

Still following Israel?
“All the time and especially after the games of the players who were with me in the team. I hold their fingers and encourage them. I saw both Austrian games on TV and Israel’s games on the computer. Most of the time, by the way, I saw Israel’s games. The draw against Scotland is a good result, But at home against Slovakia, Israel had opportunities to win. “ 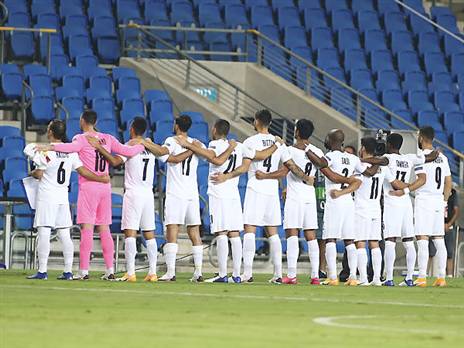 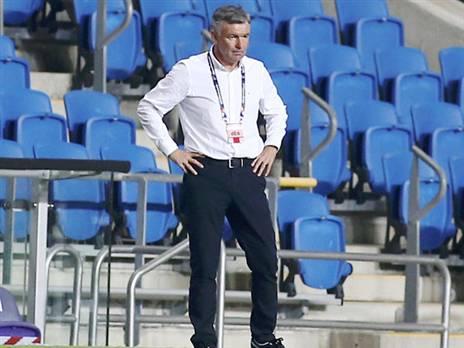 Rotensteiner. Talking to Herzog all the time (Alan Schieber)

What tips do you have for Willy Rotensteiner before Thursday’s game?
“I’m not there and I do not see the players and games up close so I can not give him advice. I do correspond with him and talk to him. Not every day, but often. He asked my opinion about generational generation and I told him he looks great in the league. In everything related For Israelis, I update it and beyond that, we are not just talking about football. “

Agree that the Scots have no advantage when the game is played without an audience
“Definitely, so I’m convinced the team can win in Glasgow and qualify for the final. At first I thought Norway was better than Serbia, but I was not impressed with the Norwegians in the game against Scotland so maybe Serbia will be in the final. .

In retrospect, you may have made a mistake when you left. You led Israel to two Euro games
“I was in a difficult situation, very nervous because because of the Corona I was told I could not see my family for the next two months so I hurried to take a plane at my expense to Vienna. Regardless, I will tell you that I thought my contract is until the end of the League of Nations campaign and not until the end of May.” “During the Corona period, this was no longer the proposal I thought it would be. There were too many open questions about when football would return and if at all and I decided not to continue.”

Sorry?
“There were moments I thought about staying, but I made the decision. It’s a part of life. Now when you see the virus go on, it’s a problem.” 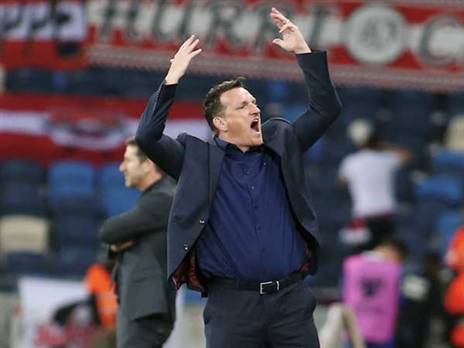 Herzog. “There Were Moments I Thought to Stay” (Alan Schieber)

What are the keys to victory?
“Responsibility in defense, not giving up any ball and not losing concentration even for a second, because if that happens and players dream, then Israel will snatch. Offensively, the Israeli team is worth every goal. Davor, Zehavi, Weissman, Natcho can score. If not in the first half .

What is the balance of power in your opinion?
“Scotland have a good team, but not one that can not be won. It is true that McGuinn got back on track after an injury at Aston Villa and everyone saw what they did for Liverpool and Andy Robertson. He is a player at the highest level, but Israel also has special players. The pressure is on the Scots and Israel should do Everything to continue the dream. “

What will be your part if Israel rises to the euro?
“Everyone will have a part and first of all the players. When I was appointed to the position, I said that in 2001 I broke my heart for the Israel national team fans after the goal I scored and my dream was to give back to that audience who will be proud of a team that will attend a big event. Now I am not there to make that dream come true. To lead you there, one thing I promise, in the Euros, in the stands, I will arrive with an Israeli national team shirt. No longer a medium, and probably not a major either, so ask Alon Hazan to take care of an extra large or double extra large. I will not be there As a coach, but I will encourage in Hebrew. “

What are the chances that we will see you return to coaching in Israel?
“I can imagine such a situation. My youngest child is 10 and the eldest will be 13 next week, so when the children grow up then it is easier to leave them for a long time. At younger ages it is harder to be away from home for long periods. Not ruled out returning to Israel.” 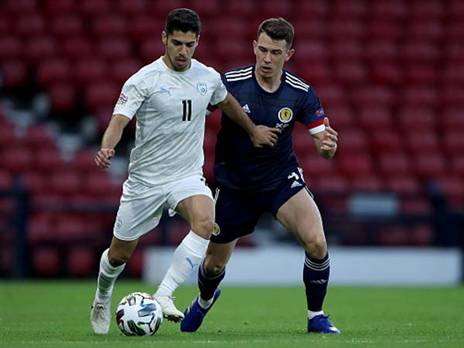 *The article has been translated based on the content of Source link by https://www.sport5.co.il/articles.aspx?FolderID=285&docID=351093
. If there is any problem regarding the content, copyright, please leave a report below the article. We will try to process as quickly as possible to protect the rights of the author. Thank you very much!

Van Seumeren lashes out in the run-up to FC Utrecht-Ajax: “I...

Peter Sagan for the Giro: “I didn’t start training hard after...

LIVE | Public holidays on the agenda of mayors Security...

Guardiola will remain at the helm of Manchester City for two...