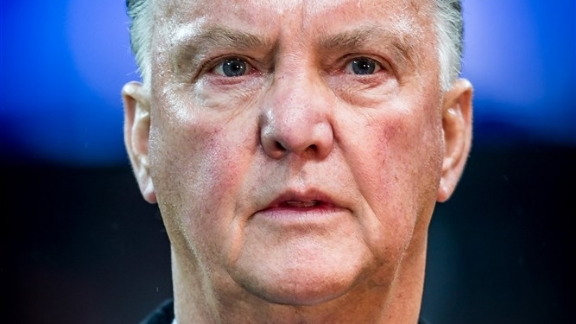 After the departure of Ronald Koeman as national coach, Louis van Gaal was mentioned in the media as a possible successor. Arno Vermeulen reported at the end of August Studio Football that he had been in contact with Van Gaal and that he had indicated that he was open to a new period as national coach. In conversation with Radio538 Van Gaal explains that it was never the case that he would become the national coach of Orange for a third time.

“I have been in contact with him,” said Vermeulen at the end of August. “He says: if they approach me, I will seriously think about it. Actually, he opens the door and is one of the candidates to become national coach. ” Van Gaal tells his side of the story on Thursday morning. In a telephone conversation with the NOS, he was asked whether he would be available again. “That was also the case three years ago, just before Ronald Koeman was appointed. I didn’t do it then. Only now there was no question of a call from Zeist ”, he emphasizes. “After Koeman left, I said to the NOS: One, I am retired, two, I was not asked and three, when the KNVB comes, I will think about it.”

Van Gaal has retired as a trainer since his departure from Manchester United. If he is nevertheless tempted to get back to work, he must first discuss this with his wife Truus. After Koeman’s departure from Orange to Barcelona, ​​that conversation between Van Gaal and his wife did not take place. “The conversation with Truus has not taken place.” Frank de Boer was eventually appointed by the KNVB as the new national coach. He has signed a contract up to and including the 2022 World Cup.

The corona is returning to football, many are infected with MS Kfar Qassem. The Ministry of Health made a dramatic decision

“Does not provide receipts”: Zahavi snatches criticism in the Netherlands

Either Red Bull or nothing at all for Perez in 2021: ‘don’t drive anywhere else’

Agent confirms: Tagliafico and Ajax have agreed on new contract

Edinson Cavani and Alex Telles have their medical tests at Manchester...

Bayern Munich vs. Frankfurt 0: 5: The numbers behind the victory

In the house of the late Chief of Staff: sitting in...

For the holidaymakers’ information: the Taba border crossing is expected to...

A historic moment at the Holocaust Memorial – news in the...