Back to school in the lower grades: The Corona Cabinet decided this morning (Wednesday) that first- and fourth-grade students will return to study this coming Sunday for four days a week. Classes in these classes will be held in the form of half-class capsules.

Prime Minister Benjamin Netanyahu said at the beginning of the discussion in the Corona Cabinet that “after talks I had yesterday with the Minister of Education, the Minister of Health and the chairman of the local government, Haim Bibbs, we decided to start with the first education outline, of first and second graders at least in two weeks. The first “.

He added: “Within these two weeks we will examine whether there is a possibility to go to another alternative which is unified classes, but it requires the creation of double afternoons and should be organized logistically and budgetarily. But it is not practical for Sunday and we do not delay the decision. “.

09:30 – Galant: “There is no need for another vote on the outline of education”, Deputy Spokesman: “It is necessary”

Education Minister Yoav Galant said at the Corona Cabinet meeting that there was no need for another vote on the outline for returning first- and fourth-graders to schools on Sunday: “. In response, Deputy Attorney General Raz Nizri said that “a vote will be needed. With principles and approval of principles no schools are being opened. Regulations on this part of the meeting should be officially voted on.”

Patients are severe and moderate

9:00 – Netanyahu opposes Galant’s outline: “Grades 1-2 will study half the week at school”

If there seemed to be a solution to the gradual return of lower-grade students to schools, it seems that the cards are being shuffled again: Prime Minister Benjamin Netanyahu said this morning (Thursday) at the Corona Cabinet meeting that first- and second-graders will return to school early next week as part of a split For two halves – three days at school and three days at home. Netanyahu noted that his remarks were made after talks with the Ministry of Foreign Affairs and the local government center.

In doing so, Netanyahu is expressing opposition to the outline proposed yesterday by Education Minister Yoav Galant, to extend the outline of returning first- and second-graders to four days a week in groups of 18 students. According to Galant’s outline, third- and fourth-grade students will also study four days a week – but if the cabinet decides to accept the prime minister’s proposal, students in those classes will study five days a week.

Netanyahu said in his opening remarks this morning: “We need to harness the means of information and local government. But one more thing – we need to find a more comfortable mask. We will be with it for at least a year. The request from the public should be easy to make. “.

08:25 – The discussion opens in the Corona Cabinet

The discussion opens in the Corona Cabinet, where the ministers will discuss additional concessions starting next week, as part of the second phase of the plan to exit the quarantine. The parties are preparing for a confrontation regarding the opening of the store, with an emphasis on street shops and not on malls, as well as on the outline of the return of the lower classes to school at the beginning of the week.

08:05 – More active patients in Tel Aviv than in Bnei Brak

688 Israelis were diagnosed yesterday as positive for Corona. A total of 312,787 infections have been diagnosed in Israel since the virus arrived in Israel in February. Israel is ranked 27th in the world in the overall number of infected. Data from the Ministry of Health published this morning show that 804 corona patients are hospitalized in hospitals across the country, 464 of them in critical condition. 199 patients connected to respirators. The death toll in Israel since the outbreak is 2,494.

07:10 – The battle in the Corona Cabinet over trade

Corona cabinet ministers will meet this morning (Thursday) to discuss further easing starting next week – the second pulse in the plan to exit the quarantine – and the parties are preparing for a confrontation over the opening of trade, with an emphasis on street shops rather than malls. Ahead of the heated debate, Finance Minister Israel Katz set the tone against the Ministry of Health: “Open massages and personal treatments without masks and only the street shops, which are the safest in the world, remain closed? Want to push 80,000 people below the poverty line.” 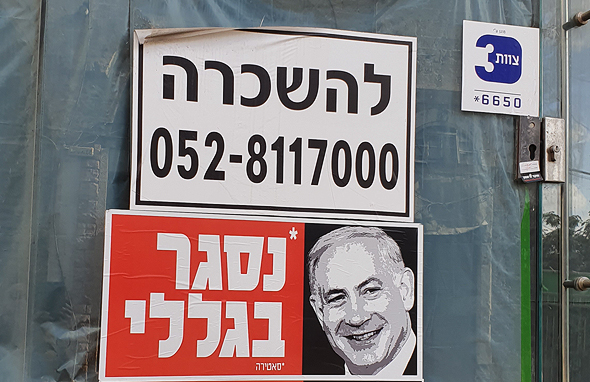 Minister Katz said that “the street shops that are on the verge of collapse must be opened immediately. What is this prey? The Ministry of Health has disengaged from the people and is acting with opacity. “The rains will start soon and it will be difficult to start. It is simply not possible. Make the petty dealers enemies of the people, because they do not have a strong lobby. I will not give up and fight for them with all my might to allow their immediate return to activity.”

On the other hand, Health Minister Yuli Edelstein made it clear that he was not prepared to open the stores sooner. He may even vote against the finance plan, which Netanyahu may adopt. At the request of Interior Minister Aryeh Deri, the issue of B & Bs and probably also synagogues will also be discussed – an issue that, surprisingly, Corona projector Prof. Roni Gamzo is not expected to oppose.

Yesterday, the meeting between the representatives of the Ministries of Finance and Health exploded – which once again put the second pulse of the reliefs in question. The Ministry of Health believes that the original outline of the head of public health services, Dr. Sharon Elrai-Price, should be adhered to, as part of which the return to commerce will be part of the third pulse and not the second.

And what about schools? Shortly after the Prime Minister informed the heads of local authorities in a zoom call that the possibility of canceling the capsules in first and second grades was being considered, Education Minister Yoav Galant presented a new outline that extends the school week for first and second grades to four days instead of three as decided by the Corona Cabinet. A few days ago and third- and fourth-graders will study four days instead of five.

The secretary general of the Teachers’ Union, Yaffa Ben-David, subsequently attacked the decision-makers. They are forced to plan a new hour system every time. Returning to school should be postponed because the system is being trampled on, “she said in a conversation with Ynet.” We ask that they sit down once until white smoke comes out and prepare a logical and permanent outline. It is impossible to drive principals and teachers crazy all the time. There is no decisiveness, “she said.

One thing is clear to everyone, Elrai-Price’s plan – which included nine exit stages – has collapsed. In practice it will include five to six exit stages.

Six months after corona infection, antibodies are still present in 9 out of 10 people

Decrease in IEC revenues to NIS 7.4 billion in the third quarter

Thanksgiving Trauma In The Making: 30 percent of Americans are celebrating with extended family

The price of Sweden’s access to Corona has been revealed

Marion Koopmans will research the origins of a pandemic for WHO

“Corona virus is a scam, everything should be opened”

Is this the crash? Bitcoin is collapsing like a puddle

Experts claim: “Wild opening of the economy will lead to a resurgence of Corona”

Royal family will celebrate King’s Day in Eindhoven next year

CORONA CARD | Many deaths in the Achterhoek, more than half a million Dutch people already tested positive: check your municipality here |...

Cabinet decides on fireworks ban: a black day for Danny and...

Financial assistance will be provided to red cities that are still...

Omar Adam: What is the punishment for the Egyptian singer who...

Hundreds of protesters across the country; Police officers were injured...