As life in Beijing returns to normal and consumer confidence is restored, for Remijo Brunelli, director of the Italian sportswear company Technica in China, the corona is mostly a bad memory.

The difference between Europe and China is real, says Brunley. “Uncertainty is still high in the old continent (Europe), and we expect it to continue for at least another six or 12 months. In contrast, in Asia, and especially in China, security has already returned.”

His remarks illustrate how different approaches to treating the epidemic have led to large disparities in results, with China, Taiwan and other Asian and Pacific economies expected to grow by 2020, even though countries where the corona virus has become endemic have recorded significant contractions.

This has the potential to flood an important issue ahead of 2021: Can East Asia, whose growth traditionally relies on consumers in Europe and North America, become a source of demand for the rest of the world’s economies. While Europe recorded a significant strengthening in the third quarter, the recovery is starting to weaken in the face of the second wave of infections. European countries, which are reluctant to re-impose a comprehensive closure, are instead working to limit hotel and restaurant services, transport and entertainment.

“Given the impact this has on economies, no government wants to go back to where we were in March,” said Melanie Devono, economist for the European arena at Capital Economics. “But for all the restrictions imposed (instead of closures) it is expected to take longer to prevent the virus from erupting again.”

In contrast, countries in the Asia-Pacific region – including Vietnam and New Zealand, as well as Taiwan, South Korea, and China – were able to reduce the dimensions of the virus to lower levels and then maintain tighter oversight to prevent re-emergence. While the Europeans enjoyed their summer vacation, in Asia they stopped international travel.

Taiwan closed its borders early and effectively maintained a mechanism for tracking, isolating and social exclusion to eradicate some primary disease hotspots. The decision to stop travel was slower in South Korea, but surveillance and mass inspections have resulted in fewer than 100 cases of infection per day in its territory. The two countries therefore did not need a closure. 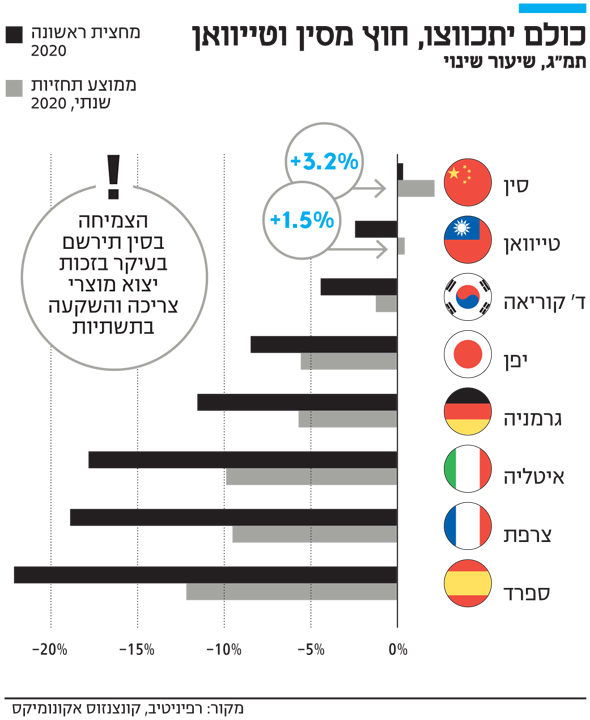 China, for its part, has led to the complete eradication of the virus in Wuhan where the epidemic broke out and it continues to act aggressively in the face of any new case of infection. The outbreak of the virus in Beijing during the summer led to strict local closures, control of those leaving the city and mass inspections. In the most populous country in the world, which was the global source of the corona outbreak, only a handful of cases a day are now reported.

The economic result is that people do not have to worry about the virus: you can go to a pub in Wellington, to the swimming pool in Wuhan or to an office in Hanoi. “Where policies have been adopted to contain the virus, people have quickly returned to normal,” said Frederick Neumann, director of the Asian division at HSBC in Hong Kong. China’s recovery is mainly due to its infrastructure and exports.

“When you look at consumption, you find that it’s still lagging behind,” added Neumann, who noted that luxury goods in China are recording a strong recovery, but wider retail sales are still struggling. The manufacturing centers in Asia benefit from the shift to consuming goods instead of services, a trend that the industrial economies in Germany and northern Italy also benefit from.

The widespread global demand for medical products, such as masks and robes, and for products needed for work from home, such as personal computers, is well evident in the supply chains in Asia. While Europe and North America provide cash to workers who have been expelled, the Asian economies open to business are the ones that can meet the demand for the products.

Two major issues are still at stake. First, Asia’s success depends on finding an effective vaccine for corona. If no such vaccine is found, Asian populations will remain vulnerable, and the initial success in preventing the spread of the virus may become permanent restrictions imposed on the borders. 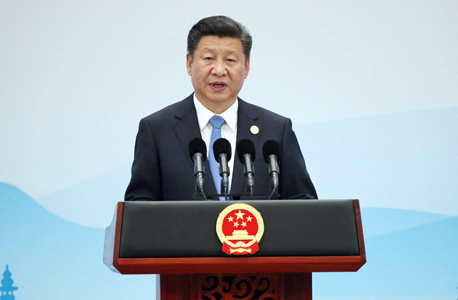 Second, it is not clear where the demand will come from that will ensure continued global recovery in 2021 and beyond. Although Asian economies have continued to exist, they still suffer from tourism closures and rely on global demand for goods.

While the US incentive package is still in doubt, Asian manufacturers may find themselves in a more conventional recession. However, Brunley estimates that China is still a better bet than Europe. Expect to end the year with a decline of only 10% in China.

“The uncertainty in Europe is mainly related to the spread of the plague. We do not know if and to what extent new closures will be imposed and it certainly does not help us,” he said. “In China we have seen the new cases go down to zero, especially in large centers, and the way the plague has been treated has been very effective, which helps drive demand and is a very good starting point for doing business.”

“Golden Week” did not disappoint

China’s rapid recovery is attributed to its determined steps, including the infusion of hundreds of billions of dollars into infrastructure projects and the allocation of incentives to encourage consumption.

The fruits of this policy were expressed during “Golden Week,” a national holiday celebrated last week. CNN reported that more than 630 million people took advantage of the holiday for trips across China, about 80% of the number of travelers at that time last year. Tourist spending totaled $ 70 billion, about 70% compared to 2019.

According to World Bank forecasts, while the global economy will contract by 5.2% this year, the world’s second largest economy is expected to grow by 1.6%. Although the Bank’s forecast is relatively conservative compared to others, by the end of 2020 the value of the Chinese economy is expected to reach about $ 14.6 trillion, which is about 17.5% of world GDP.

Meanwhile, the South China Morning Post reported yesterday that Chinese President Xi Jinping will visit Shenzhen this week to attend celebrations marking the 40th anniversary of the city’s declaration as a “special economic zone,” also known as the Silicon Valley.

*The article has been translated based on the content of Source link by https://www.calcalist.co.il/world/articles/0,7340,L-3857670,00.html
. If there is any problem regarding the content, copyright, please leave a report below the article. We will try to process as quickly as possible to protect the rights of the author. Thank you very much!

Millions of Americans fly by plane to celebrate Thanksgiving with family, despite calls not to do so | Coronavirus is spreading

Minister concerned about loneliness among students: ‘Look to each other’ | NOW

Corona figures continue to fall: an average of 3,300 infections per …

Is the Oxford vaccine worse than the other two? – Wel.nl

Coronavirus: The number of corona cases remains about the same and no national carbide ban

Galant presented an outline for returning seventh through twelfth graders

NEC is left behind after a missed penalty kick with a...

Corona testing policy is a source of unrest among professional football...