The business quarrel that erupted on Tuesday between the IEC and Chevron, the new partner in the Tamar and Leviathan gas reservoirs (after buying Noble Energy) caught the energy market, including regulators, the partnership in the reservoir and the IEC, by complete surprise – though not necessarily rightly so.

This is an ongoing battle over a relatively small contract to sell cheap natural gas to the IEC. The contract will not significantly reduce electricity tariffs, so according to Chevron’s move, it is mainly intended to build muscle a moment after its entry into Israel, and the other partners’ attempt to apply pressure to establish a marketing mechanism separate from the Tamar reservoir (ie each partner markets according to its relative share). Gas in the coming years.

The veto right she threatens to use was granted to Chevron (then Noble) just a month ago by the Attorney General, in charge of competition and the Ministries of Finance and Energy. It is valid for new gas contracts that the other Tamar partnerships will seek to sign by the end of 2021 and will be canceled in only one of two cases: after the sale of Delek Drilling’s holdings (22%) or in a scenario where the partnership reaches a separate marketing agreement (each according to its relative share in the reservoir). The veto was granted to Hebron after some of its partners in the reservoir – led by Isramco (28.75%) and Tamar Petroleum (16.75%) – accused it and Delek of a relatively small contract with the IEC, in which Isramco and Tamar Petroleum wanted to sell gas to the company at a cheaper price than the existing contract.

Noble and Delek objected, and were accused of trying to “steal” the contract to the Whale Reservoir, where the two hold 85% together. After a month of litigation, Isramco and Tamar Petroleum appealed to the government and the Competition Authority to determine that Noble and Delek violated the government’s gas plan. The Attorney General and the Competition Authority have ruled that the veto will stand for Nobel. The bottom line of the decision was mainly due to legal conservatism and a dry interpretation of the gas outline.

Despite this decision, Isramco, Tamar Petroleum, Dor Gaz and Owserat, which together hold 53% of Tamar, signed the new gas contract with the Electric Company – and yesterday it became clear that Chevron refuses to supply gas with a threat to exercise the veto right given to it, claiming it does not know the contract. This is a rare and powerful move that has not been observed in Israel in the past under the pretext of “commercial disputes.” Chevron chose to show everyone who the new sheriff is a moment after Prime Minister Netanyahu and Energy Minister Yuval Steinitz welcomed her arrival in Israel.

It is estimated that Chevron wanted to “mark territory” in front of its largest customer, an electricity company that is not only a government company but also an essential service provider that is still responsible for most of the electricity production in the economy. The contract in question is supposed to save the IEC (according to its reports) about $ 50 million, which is as a percentage of everyone’s electricity tariff or in practical translation: a little more than half a penny in the current electricity bill of households. This is in contrast to the IEC’s contract with Tamar from 2012, which incurs excess costs of NIS 8.3 billion on the public and its opening can significantly reduce the cost of living. Hence the battle is about principle and not about money really. “The company said yesterday that” the company has a policy of not responding to sensitive commercial and legal matters in the media. We can confirm that the gas and production facilities from them are conducted as usual. ”

The ball is now rolling back to the Ministry of Justice (Deputy Attorney General Meir Levin) and competition commissioner Michal Halperin, who will have to decide whether Chevron violated the gas route, as the IEC wrote yesterday in an appeal to Halperin: “(Chevron) is bullying and holding the economy hostage.” On the one hand, it was granted a right of veto, on the other hand, according to the outline, it is forbidden to refuse to sell gas. 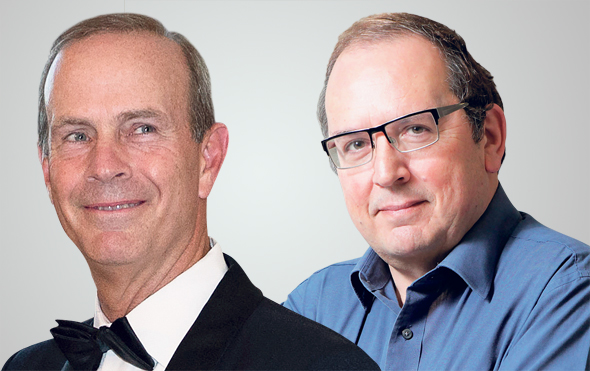 The relevant government ministries filled their mouths yesterday, and the competition authority is still in the material study phase which will last until after the holiday. In the optimistic scenario, the quick and obvious solution to the new conflict – one that will both take everyone off the tree and be an easy escape for regulation – is to threaten the state to force the parties to market the gas separately from the Tamar reservoir, ie each according to its share. It is possible, easy to carry out, and all that is missing is some logistics: a billing system, a tax contract and royalties for each player (because now each is sold separately, and not like before all together) and a technical arrangement who pays fines or is responsible for non-delivery. In fact, it will not be coercion because information that reached Calcalist Delek Drilling (22% in the Tamar reservoir) has already contacted the competition authority in September and asked it to promote the issue for everyone. The estimates in the economy are that the Tamar reservoir will build a separate marketing option for itself within a few weeks, for fear that the regulator will intervene and set legal precedents for everyone.

The question that bothers everyone the day after Chevron’s forceful move is whether this is a conduct that will now become routine? Since the gas layout stipulated that in any Noble / Chevron scenario, Tamar would remain in the reservoir as both owner (25%) and operator of the rig, it would be able to close the gap whenever it asked to veto one contract or another not only in words but in deeds. Here the state will have to stand on its own and set the conditions and perhaps charge draconian guarantees in preparation for the possibility that someone will close the gap. Without it, the competition authority may spend more hours in the courts and less regulation.

But this is a more complex task than it may seem. First, the country could enter into a frontal confrontation with Chevron, but given the fact that Chevron came to Israel mainly due to the possibility of exporting large quantities of gas to Jordan and Egypt, the government has an interest in keeping it satisfied – because it relies on export tax revenues. To date, about NIS 13 billion has flowed into the fund, and according to the tax authority, only tax that Shinsky will generate about NIS 200 billion over the years of production, an amount that embodies a total revenue forecast of NIS 500-600 billion decades ahead.

Another interest of the country, which has sharpened this week, is the maritime border talks with Lebanon that will begin next week. Government ministries will want to leverage Chevron’s power against Turkey, Lebanon or Russia, all of which are stirring up gas exploration in the Mediterranean. In other words, the energy arm of the State of Israel is receiving international reinforcement, and perhaps for the sake of the matter, it is better not to quarrel with it too much.

According to estimates, these events are just a trailer for accelerating the marketing process separately, which will be relevant even after Delek Tamar leaves at the end of next year. In 2021, there will be three natural gas suppliers in Israel (Tamar, Leviathan and Shark / Crocodile reservoirs) and options will open up for particularly large gas contracts – some of the power plants sold by the IEC, some of the power plants under construction. It is tens of billions of dollars, so this point conflict is only the trailer for the huge struggle that is yet to come.

A separate marketing mechanism in Tamar created additional competition and neutralized the influence of a whale on Tamar (Chevron will continue to hold a stake in each of the reservoirs). Even if the state does not enforce such a move, it can provide a levy even if only coercively assumed on the assumption that the partnership will not reach an agreement on its own. To what extent will the state safeguard the public interest, i.e. more competition and the cheapest price there is? time will tell. At best everyone’s electricity tariff will only continue to fall, at worst the Duopuel Fuel Noble will be upgraded to the mega-duopoly Chevron Fuel.

*The article has been translated based on the content of Source link by https://www.calcalist.co.il/local/articles/0,7340,L-3855630,00.html
. If there is any problem regarding the content, copyright, please leave a report below the article. We will try to process as quickly as possible to protect the rights of the author. Thank you very much!

Kindergarten: What’s really going on with Zahavi at PSV Eindhoven?

Deadliest summer for Flemish cyclists since 2014

After months of negotiation: social agreement with healthcare sector …

5th-6th graders returned to school: “Their place in the classroom”

An important update for dog owners in Ashdod

Leuven researchers hack key to Tesla Model X: it only takes a few minutes to steal a car

“Dawn is right. You can lose, but not in this way”

KNVB fights against black money among amateurs: ‘Our beautiful sport must be clean’ | Sport

Willem II is going to experiment with fan noises in stadium...

Jan Jambon on support for the hospitality industry: “Wouldn’t like anything...

Masked Singer contestant decides to take off mask during show

The reactions and numbers at the end of Aston Villa’s 2:...

Christmas town Valkenburg completely off the track due to corona virus...

‘Terrorist Nice came to France via the Italian island of Lampedusa’