The first confrontation between US President Donald Trump and his rival Joe Biden left the US feeling particularly hard. Usually the American media deals after the event with who won the confrontation, but the day after what will probably be remembered as the ugliest confrontation in American history – everyone seems to prefer to deal with who lost.

However, one element of the confrontation stood out to me in particular as a journalist, and it was he who did not receive much attention: Trump’s attitude toward the moderator, Chris Wallace. Usually, the facilitator’s job is just to bring up the issues of confrontation, ask the questions and signal to the candidates when it contributes to speaking and when to move on. But yesterday Wallace reluctantly became an active participant in the confrontation, with Trump attacking not only his Democratic opponent but also the facilitator who was just trying to lead the event.

Throughout the confrontation the president did not let Wallace complete a question, erupted in his remarks and belittled his attempts to maintain order and mention not to erupt in Biden’s remarks. The climax came when Trump also began confronting Wallace himself – until he finally accused him of lack of objectivity and claimed he was biased in favor of the Democratic candidate. “I guess I’m in a confrontation with you (Wallace), not with him (Biden),” he told the stunned presenter. “But it’s okay. I’m not surprised at all.” After the confrontation, he even posted on Twitter a picture that showed Trump as a candidate in a confrontation with two candidates – with Biden and Wallace presented next to each other.

“Trumpets” in front of journalists, also in English

At first glance, Trump’s accusation of objectivity stood out especially to me because Wallace is a presenter on Fox News – the conservative news channel most identified with the Republican Party, and the only place where Trump agrees to be interviewed regularly. But later, when I examined things in more depth, I saw a different picture – which is very similar to what is happening in Israel these days.

Most Fox News presenters are seen as ardent supporters of Trump and aggressively promote his right-wing agenda. In Israel they would probably be called “trumpets”, in English the corresponding expression is “Mouthpieces” (“mouth utensils”, translated into Hebrew).

In contrast, Wallace is considered one of the most respected and serious journalists in the United States, and is known for his poignant interviews and commitment to the profession. Throughout his career Wallace has spared no criticism from anyone – including Trump himself, whom he interviewed just two months ago. You will not find reading message pages and promoting agendas with him.

Between Chris Wallace and Kalman Liebskind

Wallace’s conduct and Trump’s accusation against him are very reminiscent of the current storm in the Israeli right-wing media, which reached a new high last week with Kalman Liebskind’s scathing column against the media criticizing Prime Minister Netanyahu’s call for his resignation. Like Wallace, Liebskind was accused of lack of objectivity, with journalists attacking Netanyahu’s claim that the media was “mobilized” against him. Apparently, this is the claim that Trump is also trying to promote now.

“The thought that if I meet someone, I’m necessarily reciting like a parrot into my column what he told me – is a thought of people who have never done a press, and that’s what their work routine looks like with the politicians they talk to,” Liebskind wrote in his column. This is quite the perception that can be seen from Wallace’s conduct and the confrontation between him and Trump last night: US President Tzipa Wallace, as a presenter on the conservative news channel, will promote his messages and allow him to use the confrontation as a platform for election propaganda. When Trump realized that the facilitator of the confrontation would not spare criticism even against him – he immediately acted to present him as biased in favor of Biden, who could not be trusted. 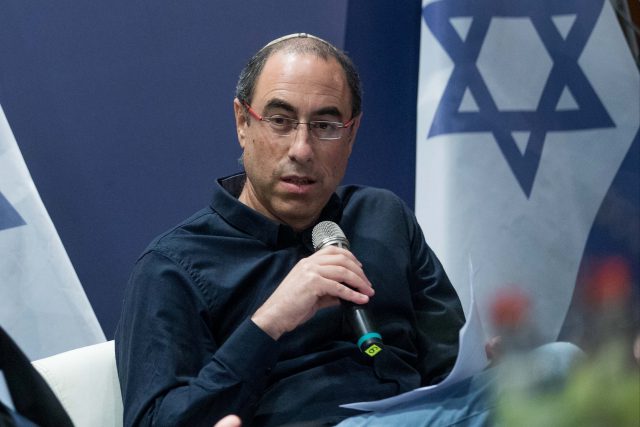 Trump’s attacks on the media are not new at all, appearing both in the 2016 election campaign and throughout his tenure as president. The allegations against Pike News, the clashes and clashes with presenters and the calls for inciting and biased media have also been seen in the past, but this is the first time they have also been directed against a Republican-affiliated journalist who presents on the right-wing media channel.

Just like in Israel, the United States is now hurt by the tension in relations between politicians and the media and journalists who are just trying to do their job. Instead of being criticized within the political camp as well, everyone who criticizes Trump seems to be labeled “unreliable” and “traitor.”

“Will the United States resort to cases of violence against media outlets, as has already happened in the country against Amnon Abramowitz or Channel 20 reporters? Or has Trump called for the imprisonment of CNN reporters? Who knows where it will go. And in Israel.

Did you find a mistake in the article? Does the content in the article infringe your copyright? Encountered an inappropriate advertisement? Report to us

Women’s Basketball: The National League has received approval to return to...

The special outline for returning to the routine of the recoverers...

‘Setback for Ziyech: Chelsea wants to take advantage of tensions in...

50% of those infected are ultra-Orthodox, low morbidity in kindergartens –...