While the professional team and Maccabi Haifa players are focused on the important task on Thursday against Tottenham, the managerial backbone is trying to close Barak Bachar’s squad, with Taleb Twataha and Jordan Shua being the hottest names in the system in recent days.

One of Haifa’s main goals is to return the lost son from Bulgaria, but at this point Ludogorets is making it difficult to move and not allowing the defender to be released without compensation. Meanwhile, Ludogorets will be hosted tomorrow (Thursday) in the Europa League playoffs by Dynamo Brest and it is estimated that the dismissal of the Bulgarians will lead to a reduction in its squad. It should be noted that Twataha does not receive much professional appreciation from Pavel and the defender has played only 151 minutes in all competitions so far this season. Although he is registered for the game against Brest, it is estimated that he will not end up in the squad of the team.

Meanwhile, Carmel was not thrilled by Hapoel Beer Sheva’s interest in Legionnaires. A source at the club explained the reason for this: “Twataha clarified to us that in Israel he will only play for one team and that is Maccabi Haifa.” It should be noted that the Greens are optimistic that the defender will eventually arrive, in an outline that will be acceptable to both sides. If the left defender returns to Israel, this may pave the way for Yahav Gurfinkel to Hapoel Haifa, who may join him on loan.

At the same time, the Greens have not yet resolved the Jordan Shua issue and despite this, Haifa has decided not to act recklessly on this issue. Although Yaakov Shachar last night received an offer from Moshe Hogg in the amount of 700,000 euros for his share of the ticket, he rejected it because he thought it was too low. The Greens are waiting for an offer that will satisfy them and are currently demanding 1.4 million euros, the amount paid for the striker. Despite this, the group is willing to enter into negotiations with a group that will approach the requested amount. 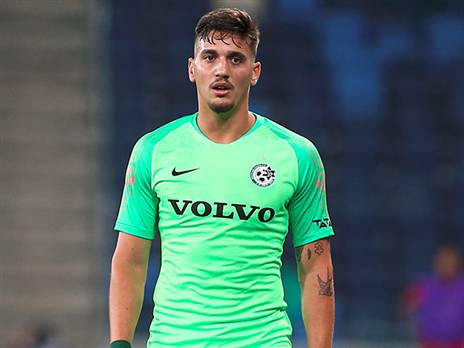 *The article has been translated based on the content of Source link by https://www.sport5.co.il/articles.aspx?FolderID=64&docID=350687
. If there is any problem regarding the content, copyright, please leave a report below the article. We will try to process as quickly as possible to protect the rights of the author. Thank you very much!

Ter Mors signs out for NK sprint with ankle injury

The reason why Ronald Koeman also lowered his salary

After his first national title, Tomasson also wants to reach the top as a trainer: ‘But not with the Dutch disease’

‘Quiet’ Dumfries has changed: ‘Notice that the boys appreciate that more’

After winning the pre-season, Ramla vs. Rishon LeZion

Following a technical malfunction: Power outages have been reported across the...

The race to acquire a vaccine has become a struggle between...

Before the battle: another victory for Bayern and Dortmund

Abiteboul: ‘Formula 1 has missed a big opportunity with regard to...

Ariana Melamed threatened to sue Yinon Magal, who was backed by...