Corona outbreak in Israel: The Corona Cabinet is convening at this time (Wednesday) with the aim of setting out a long-term plan to deal with the plague. The Prime Minister intends to present a three-stage plan according to which the policy will be implemented in the coming months.

The first stage is the closure that began on Rosh Hashanah, and he says “it will last a month and maybe much longer.” This is the first meeting of the Committee of Ministers since the strict closure began last weekend.

According to the proposal of the Ministry of Health, in all Step will make relief in one area and apply waiting of three Weeks between stages, in order not to risk too rapid a return of the economy and re-infection. The index toSwitching between stages will be the coefficient of infection.

When the coefficient of infection is below 0.8, it will be possible to continue with the steps to open up the economy. Another measure to alleviate the limitations is a verified percentage of less than 5% (except in the case of low response to the tests) and a decrease in the number of severe patients.

During the discussion in the Corona Cabinet, Finance Minister Israel Katz will demand a gradual return of the private sector that does not receive an audience for full activity, immediately after Sukkot. He will first return to 50% activity and after two more weeks will return to full activity in accordance with the purple mark and the beating heart plan. Katz will also demand the return of early childhood education after Sukkot, according to the morbidity data.

As part of an analysis submitted to the Corona Cabinet by a team of researchers from the Rakah Institute of Physics and the School of Public Health at the Hebrew University and Hadassah, which monitors the corona epidemic, updates were given on the morbidity and mortality expected in various closure scenarios, according to health and public parameters.

In addition, it was explained that during the last two weeks there has been a high increase in the percentage of deaths among the hospitalized in a moderate and severe condition.

Among other things, the possibility arises that this increased mortality is due to a decrease in the performance of the health system, due to the heavy workload created in the hospitals and the medical staff in them or the patients may arrive late to the hospitals or the resources are insufficient for patients’ survival.

Moreover, these days the experts are examining why there has been a significant decrease in the number of days of hospitalization of those who died of corona during the month of September. In a graph published under the heading “Possible indicator of declining health system performance,” the researchers showed that the average number of days until death from the disease dropped from 15 days to about 11 during early September. “This is an indicator of a possible decline in the survival capacity of the health system,” the researchers clarify in their report.

From the morbidity indices, even today it seems that the closure, which began about ten days ago, still does not show sufficient effect. “The inefficiency (of the quarantine) may be due to infection in the home, but it will certainly require an extension of the quarantine to obtain a satisfactory effect,” the researchers note in the report. 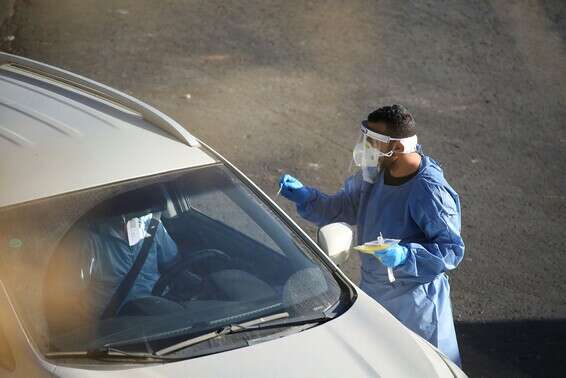 The researchers addressed a possible gradual exit from the quarantine below. The researchers emphasize that there is great importance in driving out of quarantine using many metrics, related not only to the number of verified infections daily, but also to trends in severe morbidity, and the performance of the epidemiological array, and its grip capabilities in infection chains.

Now the overarching goal, for them, is to reach morbidity levels that will allow for “isolation and extinction of outbreaks,” that is, the formation of a life alongside the disease until a medical solution such as a vaccine or drug is found.

Immediately, the researchers hope to reach a daily multiplication coefficient of less than 0.9 while maintaining its ability over several weeks. Reaching a daily coefficient of 0.9, they claim, will allow suppression of the current corona wave within three weeks. “In order to stabilize the routine of life during the outbreak, it is possible to consider a return of the education system in lower grades only and in non-‘red ‘areas in capsules with staff separation (unlike what was done), and resumption of national economic activity without gatherings indoors and without exceptions similar to’ red areas’. “, Reads the document.

The experts who signed the new report are Prof. Yinon Ashkenazi, Prof. Doron Gazit and Prof. Nadav Katz of the Rakach Institute of Physics, together with Prof. Ronit Calderon-Margalit and Prof. Ran Nir-Paz of the School of Public Health and Community Medicine at the Hebrew University of Jerusalem and Hospital Hadassah.

The congestion in the hospitals continues

At the same time, according to a disease data report published by the General Medicine Division of the Ministry of Health’s Medical Division, occupancy in three hospitals in Israel – Hadassah, Kaplan and Assuta, has exceeded 100 percent and the wards are full. Occupancy at Galil Medical Center in Nahariya is 87 percent , Shamir-Assaf Harofeh Medical Center with 89 percent and Barzilai Hospital in Ashkelon with 96 percent. Meanwhile, 823 patients are hospitalized in critical condition, of whom 204 are respirated.The death toll since the outbreak of the virus in Israel stands at 1,544, of which 596 in September.

Meanwhile, the Prime Minister’s Office held a discussion this morning on the continued use of GSS identities, during which the head of the National Security Council, Meir Ben Shabbat, updated the participants on the development status of the “Shield 2” application, which is intended to replace GSS attributes. 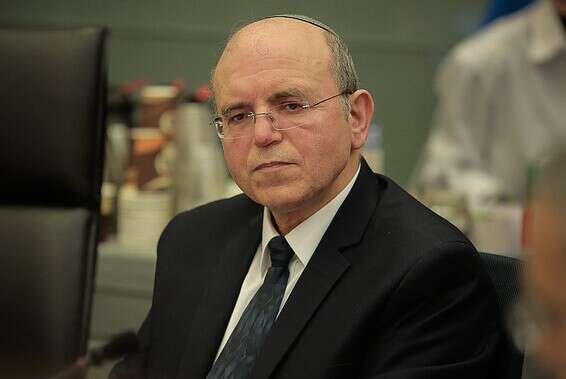 The meeting was also attended by Defense Minister Bnei Gantz, Health Minister Yuli Edelstein, Justice Minister Avi Nissenkorn, Foreign Minister Gabi Ashkenazi, Minister of Intelligence Cohen (who heads the committee to examine the issue of placements), Energy Minister Yuval Steinitz and Minister of Higher Education Zeev Elkin. In addition to them, the head of the GSS against Argaman and senior officials in the Ministry of Justice and the Privacy Protection Authority also attended the meeting.

Meanwhile, Communications Minister Joaz Handel presented a seven-step plan to get out of the corona crisis. “Enough with the games, sanity is required – for a week now we have been dealing absurdly only with what demonstrations and prayers look like instead of building a strategy to get out of this huge crisis,” he said.

In the first step proposed by Handel, the Corona Cabinet will be reduced to only four participants – the prime minister, the deputy prime minister and two other ministers. According to the second step in the Minister’s plan, the discussions on the subject will be filmed and broadcast, with the exception of discussions that will be defined as sensitive, in addition to researching results that will be published once a week.

Enough with the games, sanity is required.

For a week now, we have been absurdly dealing only with what demonstrations and prayers look like, instead of mainly – building a strategy to get out of this huge crisis.

In the third step proposed by Handel, the Corona Commissioner and the Corona Cabinet will present disease targets and exit channels for each decision made, and these will be made public. In addition, the government will report weekly on the progress of virus treatment. The next step involves the establishment of a “red team” with experts who will examine the work of the Corona cabinet – and even present alternatives to it. Afterwards, Handel points out that hospital administrators will regularly report bed occupancy and the rate of morbidity in their workplace.

Under the sixth step, the chairman of the opposition and the chairman of the Corona Committee will be invited to receive an update in the Corona Cabinet once a week. The seventh and final step includes a complete closure that the government will decide on “until the level of morbidity is reduced.” According to Handel, “These measures will remain in force until the level of morbidity is returned to the level of 100 patients per day, and will be reactivated if the morbidity rises above 1,000 patients per day once again. “

Ashkenazi: “There was no escape from a full locksmith”

Minister Ashkenazi referred to the national closure, saying that the various restrictions will be removed and the economy will be reopened to activity as soon as possible. “We are here on complex days when Israel is in a health battle and has to make painful concessions, including waiving personal contact with our parents, grandparents,” Ashkenazi said at a signing ceremony with the governments of Nepal and Georgia to add nursing staff to care for the elderly and mentally debilitated population:

“The Israeli government has approved a state of emergency and a complete closure, from which there was no escape, knowing full well that these regulations have restrictions that could violate basic fundamental rights,” Ashkenazi added. “The extent of morbidity and the burden on hospitals do not allow us to make other decisions. We must prevent public gatherings in any way in order to regain control of the disease.”

Meanwhile, the Ministry of Health announced today that 4,949 people were diagnosed yesterday as positive for the corona virus out of 34,352 tests performed. The number of positive tests continues to be high and stands at 15%. 1,589 patients are currently hospitalized in Israeli hospitals. 810 in critical condition, of whom 205 were respirated and 293 in moderate condition. The death toll from the onset of the epidemic has risen to 1,547, after another 12 people have died since midnight. A total of 239,222 infected people have been identified in Israel so far, of whom 64,608 are active patients.

*The article has been translated based on the content of Source link by https://www.israelhayom.co.il/article/805315
. If there is any problem regarding the content, copyright, please leave a report below the article. We will try to process as quickly as possible to protect the rights of the author. Thank you very much!

Netanyahu: There is no doubt that we are on the way to elections – political and political news

A pungent odor in the Ashkelon area due to a malfunction in the EPA facility; residents …

Netanyahu: There is no doubt that Israel is on the way to elections

After winning the Ophir Award, the film ‘Asia’ with Shira Haas is Israel’s entry to the Oscars (video)

Houses and roads were flooded, kindergartens were evacuated in Hod Hasharon

Violence against women only intensified during the Corona period

does this mean the end of chargers?

Second suspect arrested in the stabbing in the basilica of Nice...

Deiland is coming to Nintendo Switch

“If it was possible, Martinez called Refaelov”