Milan Fashion Week was buzzing with life this week. Half a year after the outbreak of the corona plague in northern Italy that sent the whole country into a prolonged closure, it seems that the last few days, the live shows, the guests and the street fashion have been an attempt to get back to routine. In contrast to New York Fashion Week, which took place a week earlier and seemed like the ghost of Fashion Week, Milan sprinkled a bit of glam dust on the difficult period and asked to broadcast that it was recovering.

Quite a few brands presented to the audience the required restrictions and masks, including Dolce & Gabbana which put on a colorful and rich display in the best tradition with lots of models; Fendi who put on a last show of Sylvia Venturi Fendi before the spoken word of the British Kim Jones’ entry into the role of artistic designer of the women’s collections instead of Carl Lagerfeld (Jones will continue to serve in his role as the male designer of housing at the same time); And Hugo Boss who presented casual and chic items.

Heat measurement at the entrance to the Valentino display Photo: gettyimagesIL

Pierre Paolo Piccoli of Valentino, who presented in Milan for the first time after a long tradition in Paris and signed the week, redefined the codes of the couture fashion house according to the changing world in epidemic days and still managed to maintain the identity of the Italian fashion house – he created beautiful, sophisticated and casual dresses, showed men And for women how to wear a tuxedo shirt and taffeta shirts to the grocery store (with shorts) and incorporated a redesign of the brand’s iconic items, like stud shoes and flower bags.

Other brands have opted for digital display, or block book. Francesco Rizo of Marnie chose to present his collection in the spirit of the times, using 48 women from around the world who served as models who participated in virtual measurements and did self-styling before being photographed in Facebook. The result – diverse and interesting photographs of this unique collection.

The Prada show, which on normal days was supposed to be the big and talked-about show of the season, the one everyone was waiting for, was also broadcast online in a digital presentation. In February, when the whole world went into closure, the Italian fashion house announced for the first time in its history that the esteemed and veteran designer Miuccia Prada would share its creative management with the esteemed Belgian designer Raff Simmons. This is the two’s first joint collection, for spring 2021. 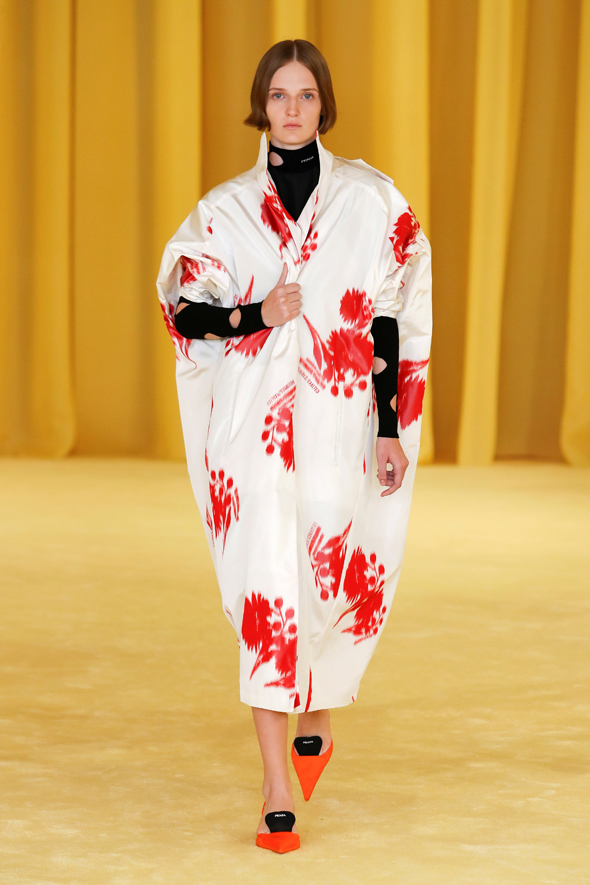 This original partnership was received by the industry as a refreshing and joyful promise and the show broadcast from a room full of cameras did not disappoint. After the presentation of the collection, a live interview was broadcast in which Prada and Simmons answered questions and shared respect and appreciation for each other. There was no ego collision. On the contrary, the collaboration between these two great designers has yielded an artistic, coherent collection in which the manuscript of both is evident. It is not for nothing that it is called “dialogues”. It had a hint of vintage couture and elegant silhouettes in 1950s-style skirts and waist belts worn with perforated sweaters and low-heeled shoes (Little Hill), alongside sporty cuts and embracing coats that highlighted the Prada logo with the same iconic 80s plastic bags. Simmons’ handwriting is evident in soft cocoon-cut coats with an exotic rash print that dropped from the shoulder and closed in the hands of the models who fastened them to their bodies nonchalantly. 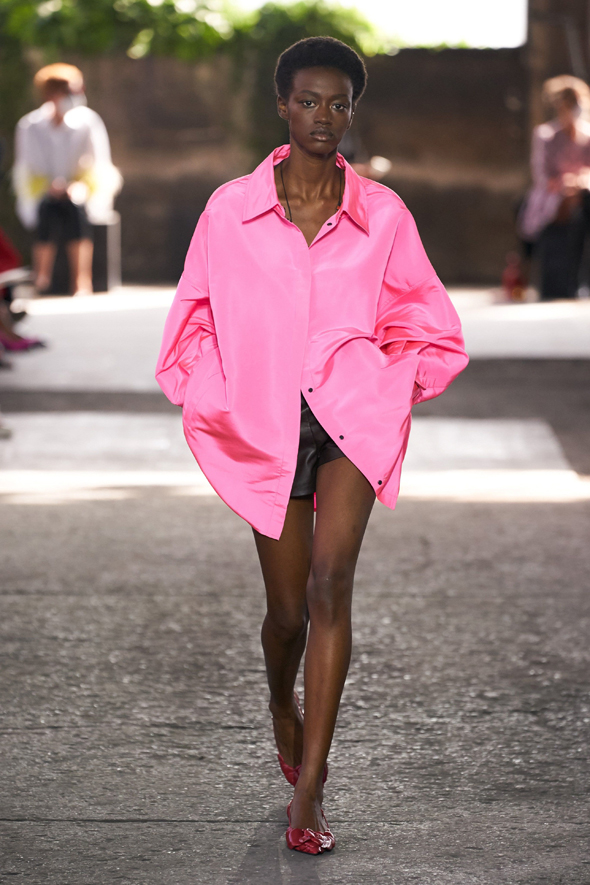 *The article has been translated based on the content of Source link by https://www.calcalist.co.il/consumer/articles/0,7340,L-3851766,00.html
. If there is any problem regarding the content, copyright, please leave a report below the article. We will try to process as quickly as possible to protect the rights of the author. Thank you very much!

number of positive tests dips below 8000

Missed ‘The smartest person in the world’? These are the...

A wave of departures at the tax authority

First corona wave more deadly than second: why is that?

This is how the first fully electric Volvo drives: XC40 Recharge...

Has the market lost faith in Kamhada’s treatment? The stock...

Construction of the Namur monument may continue from the Council of...