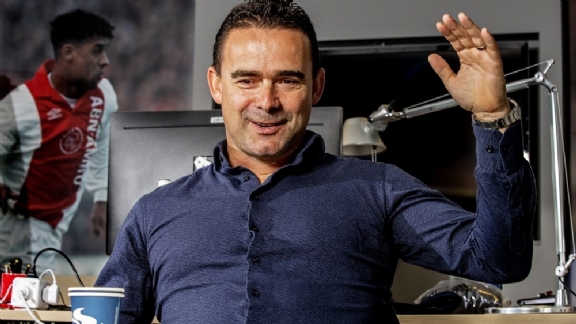 Ajax has been sailing a different course on the transfer market for a few years now. The Amsterdam club invests many millions in players and also hands out substantial salaries. Various agents agree with this Football International that Ajax is increasingly leaving the rest of the Eredivisie behind in the financial field, partly due to the outgoing million transfers. The weekly holds the statement that the Ajax factor in sales has a major influence on the amount of the transfer fee.

Michael Jansen, agent of Maarten Stekelenburg and Noa Lang, among others, agrees with the statement. “That is currently the case and causes irritation and jealousy among the other top clubs in the Netherlands. But this is simply how the market moves. If a player has shown it at Champions League level, his value increases. Or if for example, he is international of his country. This was something that PSV experienced years ago, in the period that it became the annual champion and performed in the Champions League. “

Immediately very profound questions for Sergiño Dest at the airport! ?? ?????

Fulco van Kooperen, who works with Edson Álvarez, for example, emphasizes that the Ajax factor does not only play a role in sales. “When Ajax signs up for a player, a club often already throws the price up because it is Ajax and clubs think that the money is there. Not only in the Netherlands, but that is how it works in Brazil or Argentina. (…) But in the end it is above all about the quality of a player. That will always be leading. “

Guido Albers, agent of Donny van de Beek and Carel Eiting, sees a big difference. “Ajax players are more expensive than PSV, AZ or Feyenoord players. Overall, a player can occasionally earn a similar amount at those clubs, such as Steven Bergwijn, Hirving Lozano, Wout Weghorst or Vincent Janssen. But structurally. the difference is just there. ” According to the advocate, Ajax has enforced this itself thanks to the international successes, first in the Europa League and later in the Champions League. According to him, the market value of a basic player at Ajax has been given a certain lower limit.

Mustapha Nakhli, who assists Hakim Ziyech and Noussair Mazraoui, does not fully agree with the existence of the Ajax factor. “For how much did Steven Bergwijn go from PSV to Tottenham Hotspur? Thirty million euros. I think a very nice amount. It is about the quality and development of the player. Ajax had just had a very good crop in recent years and that was evident from that. logically in the transfer fees. So I do not agree with this view. “

*The article has been translated based on the content of Source link by https://www.voetbalzone.nl/doc.asp?uid=377851
. If there is any problem regarding the content, copyright, please leave a report below the article. We will try to process as quickly as possible to protect the rights of the author. Thank you very much!

‘Big compliment that Derksen thinks of me at that club’

Salah returns to league: Will Liverpool continue to win?

‘Disaster threatens after next season for Belgian clubs in Europe’

Vincent Kompany puts pressure on for duel with Standard: “If i …

Bolat gets full low after mistasting in the first minute, Wim De Decker responds: “Not his first mistake, but …” – Voetbalnieuws

Jonathan Legear could have remained a professional footballer a little longer, but chose his family – Voetbalnieuws

Astronaut in The Masked Singer seems to have guessed

Regret like hair on his head: “It’s my fault that Daniel...

focus on fast charging and cameras