Some employers ‘organizations are outraged at the agreement reached today between the Ministry of Finance, the Histadrut and the presidents of employers and businesses regarding the financing of workers’ isolation days.

The agreement is supposed to be submitted to the High Court in response to a petition filed by several employers’ organizations against the Ministry of Health’s decision that the days of isolation will be considered sick days (at the expense of the employers).

The controversy concerns two main points: whether businesses will compensate for all the last months in which they financed the isolation days alone (for example, a retroactive payment; and whether the state will bear the insulation costs for small businesses.

Since the petition to the High Court actually includes several petitions that have been filed and consolidated, the court will be required to decide whether the agreement reached is acceptable in the light of the objections.

Amitai said in response to the agreement that “while the business sector is bleeding and busy surviving in light of the severe economic crisis in the country’s history, the Ministry of Finance announces a scandalous and shameful agreement aimed at enacting a High Court bypassing law.” It will also lead to unprecedented damage to workers who will have to spend their sick days on isolation days and will not be able to take advantage of them this coming winter due to a real medical condition. The state is grossly erasing the sick days of workers in Israel. “

He added that “the Ministry of Finance has found a weak link, which does not represent the employers in the economy but only the big industry and is trying to make a dangerous snatch both in its time and especially within us, which will lead to economic crushing of the business sector.” On the state. The presidency of the business sector, which represents the vast majority of employers in the economy, small and large, does not agree and does not intend to cooperate with an arrangement that would mean chaos between workers and employers that would have far-reaching implications for morbidity. It is up to the state to release itself from the responsibility and funding for the days of isolation. “

The president of Lahav, Adv. Roi Cohen, stated that “there is no agreement on the outline proposed by an entity that does not represent the independent and small business community, but represents the manufacturers and large businesses. We demanded and fought for the State of Israel to bear the costs of the isolation days – there is no industrial plant law with 1,000 workers for a restaurant law with 10 workers that once 5 of them went into isolation the business is doomed to close and / or alternatively employ 5 other workers. In fact the damage is twofold anyway: either the business closes and there is no revenue and the insulation needs to be paid for, or the employer is forced to pay twice.

“In what reformed country causes such great damage to the small business public even during the closure? It’s just insolence on the part of the Ministry of Finance, these days the sword of the collapse of the entire self-employed sector and small businesses is over their heads due to finance failures. The isolation. What’s more, for the past 8 months, those who had to bear the days of isolation are the employers at a cost of NIS 3.3 billion. ”

The president of the Craft and Industry Association, Yossi Alkobi, stated this morning even before the agreement that “there is no law of a small employer as a law of a large employer. A business of 5 employees, three of whom do not come, is a closed business that loses. “This is and we will not hesitate to take all steps, including the cancellation of the collective agreements with the Histadrut.” 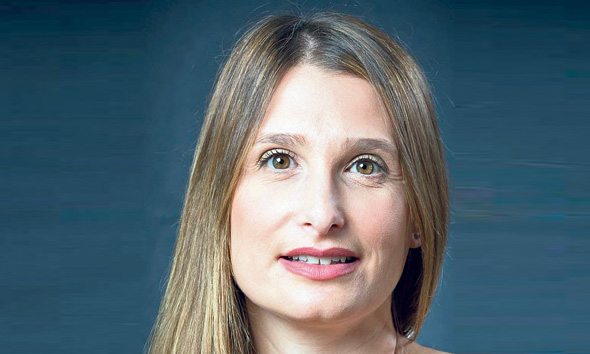 The CEO of the Industry and Craft Association, Ravit Gross, said that “small businesses are collapsing, they have no air. “They are not attracting salaries and in addition now they are supposed to finance days of isolation – days of isolation that the failed conduct of the government and the state is bringing them to new heights.”

The Craft and Industry Association, which represents small and medium-sized business owners, said: “We intend to apply to the court and state that we oppose the settlement agreement.”

Advocate Liat Tevel, who represents the “basket” of nursing services (one of the petitioners), said that “the outline presented by the Ministry of Finance is a bad outline that re-rolls the heavy economic burden of the isolation days into the development of employees and employers of the courses. Isolation is not an Israeli invention and in many countries around the world the country bears the economic burden involved in understanding that this is a severe economic crisis and Nablus must be tilted and helped and not escape responsibility. The Treasury had two months to rectify this situation but it chose to drag its feet and roll the responsibility on. We will not agree to the request for extension. “

According to her, “the agreement announced by the Ministry of Finance has no legal basis since it was agreed with a body that is not the main petitioner in the High Court in question and does not even represent all employers. This is a strange situation in which the state conducts a dialogue with a body that has no authority to reach agreements in this High Court. Also, on the substantive level, it is a body that represents a handful of large employers, so it is no wonder that it reached agreements on the backs of thousands Does not represent at all. “

*The article has been translated based on the content of Source link by https://www.calcalist.co.il/local/articles/0,7340,L-3851928,00.html
. If there is any problem regarding the content, copyright, please leave a report below the article. We will try to process as quickly as possible to protect the rights of the author. Thank you very much!

Eindhoven threatens to close shops if it gets too busy on Saturday: ‘Don’t come to the center’

Claims by many parents that the municipality did not add school...

Van Dijk: ‘Player group has never given a list of names...

Quarter of garbage collectors sick: all waste in one garbage bin...

Which Belgian and Dutch stocks will survive the new corona wave?

Chairman of the Federation of General Building Contractors Frank Goes (…...