The launch campaign continues in full force, and tonight (Wednesday) Google held a virtual announcement event in which it unveiled a series of new products and services. First and foremost, the technology giant has unveiled its new Pixel devices – Pixel 5 and Pixel 4a 5G – which again will not arrive in Israel, but are still available for purchase in other countries around the world.

The Pixel 5 comes with a 6-inch OLED screen in Full HD + resolution, with a refresh rate of 90 Hz. Inside, the company used Qualcomm’s Snapdragon 765G chip alongside 8GB of RAM and 128GB, with no expansion option. In addition, it was possible to find a fingerprint scanner located on the back of the device, a battery with a capacity of 4,080 mAh via a USB-C connector, including support for fast charging.

The cheaper model, the Pixel 4a 5G, comes with a 6.2-inch OLED screen with + Full HD resolution. Here, too, the company used Qualcomm’s Snapdragon 765G chip, but alongside 6GB of working memory and 128GB, with no expansion option. In addition, the battery capacity is 3,885 mAh, with USB-C charging, and a fingerprint scanner is also found on the back.

Meanwhile, Google stressed that both models are made of 100 percent recycled and environmentally friendly aluminum, while the Pixel 5 is also water and dust resistant to IP68, which means you can dive with it to a depth of 1.5 meters for half an hour.

In the photography segment, as in the previous generation, Google does not rely on the number of lens sensors is the amount of megapixels, but on software capabilities and artificial intelligence. This time, the Pixel 5 and Pixel 4a 5G’s camera array includes an 8-megapixel selfie sensor, a 12-megapixel main sensor and a 16-megapixel wide-angle sensor.

In addition, Google has incorporated an interesting feature called Portrait Light that allows the addition of an additional light source to portrait images, even if they were taken using another device. For example, you can take an old photo with unflattering lighting and make it look better by using backlighting.

The Pixel 5 will be priced at $ 699, and the Pixel 4a 5G at $ 499, and they are expected to hit stores in the US and a number of other selected countries on October 15, not including Israel. 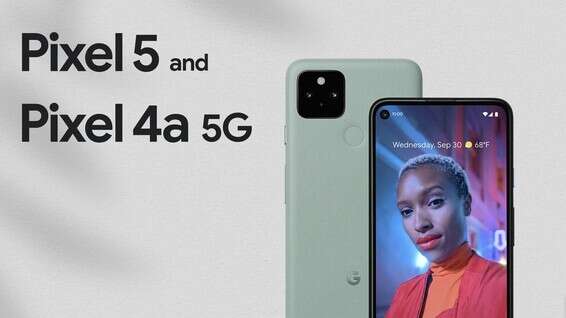 The new generation, known as Chromecast with Google TV, is based on a dedicated version of Google’s TV operating system, which has been completely redesigned and will gradually replace Android TV. This means that you can still install apps from Google Play on it, and interface with all the company’s products easily – such as its smart home and smartphones.

This time it comes with a remote control, so you do not have to control everything just with the smartphone, and content can be transmitted in 4K HDR quality. Next to it, as in the previous generation, it is designed so that you can connect it directly to the HDMI port and hide it behind the TV to save space. Price: $ 49. 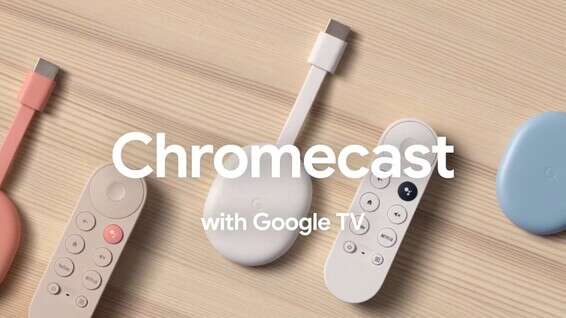 At the event, Google introduced the Nest Audio, a new and more designed version of its home smart speaker, which will replace the original version released in 2016. The speaker is wrapped entirely in fabric similar to the other models, and the company stated that “it is 75 percent more powerful than Google Home – the previous generation, and that it is made of 70 percent recycled plastic. “

Price: $ 99, and it will be available starting October 5 in 21 countries, not including Israel.

*The article has been translated based on the content of Source link by https://www.israelhayom.co.il/article/805401
. If there is any problem regarding the content, copyright, please leave a report below the article. We will try to process as quickly as possible to protect the rights of the author. Thank you very much!

great on all fronts – One More Thing

this is how you choose the best Apple Watch for you

Cyberpunk 2077’s file size is quite up to par

iPhone SE is cheaper than ever by Black Friday 2020

Glasses wearers with a mouth cap: this way you prevent your glasses from fogging up

After another heavy blow on E17: fire brigade begs for rescue...

MK Gideon Saar resigned from his membership in the Law, Constitution...

18,000 volunteers collected 62 tons of rubbish from beaches in Israel

Axis Security raised $ 32 million in a second round of...

Kuipers: 2500 corona patients in hospital at the end of this...