Tottenham and Chelsea continued tonight (Tuesday) on their murderous schedule with a tense and close London derby in which the Roosters won 4: 5 on penalties. Earlier, the teams parted ways 1-1 at the end of 90 minutes in the League Cup quarterfinals but after all the players did their part, Mason Mount sent the last kick just near the crossbar, sending the host to celebrate two days before the fateful game against Maccabi Haifa in the league playoffs European.

Both teams started the season in a mediocre league with each scoring just four points while conceding quite a few goals. Also, in recent years they have been less successful in the factory and as a result Jose Mourinho Frank Lampard have started with a fairly strong lineup. Despite this, the visitors started the game better and the first half was actually in full control of them. In the 19th minute, justice was done and the Blues took the lead when Cesar Espiliquata shook off Sergio Regilon before sending a pass to Timo Werner, and the German scored with a flat kick into the net.

It seems that Mourinho washed his trainees in half because in the next 45 minutes the game was completely turned upside down and time and time again the host got into dangerous situations. Despite the problematic schedule Mourinho sent into the game towards the end of the game Harry Kane and Lucas More who helped the Roosters balance the score. In the 84th minute, Regilon managed to atone for the bad closure at Chelsea’s goal, when the defender sent a great pass to the box, and Eric Lemale subdued Edward Mandy up close.

It should be noted that for two players this was a debut – Regular from Tottenham and Mandy from Chelsea. Although the Spanish defender provided the important cooking for Lamela it is clear to him that he is still not connected to the team while the French goalkeeper noticed a game full of confidence but unfortunately failed to rise on penalties. Although many teams attach less importance to this enterprise it could be seen that both coaches did everything due to win with the Roosters looking to win their first League Cup after 12 years.

the progress of the game:
The game opened with complete control of the Blues and in the 16th minute they reached a dangerous first situation, when Jeff Tanganga failed to keep out, and Callum Hudson Oduy sent a kick to the goal, which was stopped by Hugo Loris. Only three minutes passed before justice was done and the guest scored the first. Cesar Aspliquata shook Sergio Regilon before sending a pass toTimo Werner, And the German scored his debut goal for the Blues with a precise corner kick, 0: 1 Chelsea. The Roosters came into the game in the 36th minute when Eric Lamela sent a sharp kick to the center of the goal, the same Edward Mandy top.

The host went out to the other half in a storm and after Stephen Bergwin tried his luck and sent a kick over the crossbar came the most dangerous situation of the Roosters. In the 49th minute, Serge Uriah burst on the right wing and sent a wide ball over Regilon in the second wing, who sent a powerful kick, which was repulsed once again by Mandy. Mourinho realized he had nothing more to lose and in the 70th minute he chose to put Harry Kane in the game. The 72-year-old Werner almost completed a double but Loris stopped the German’s kick. To those Took control of the ball and subdued Mandy, 1:1. 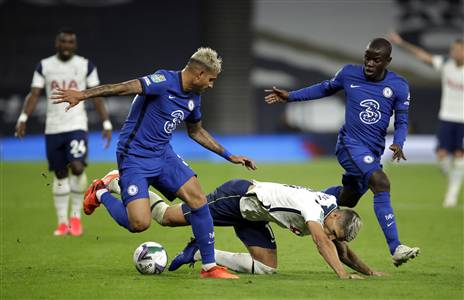 Both teams did not give up on the derby (GETTY) 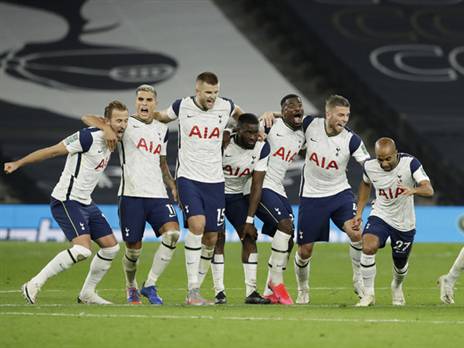 Tottenham are the last to laugh (GETTY) 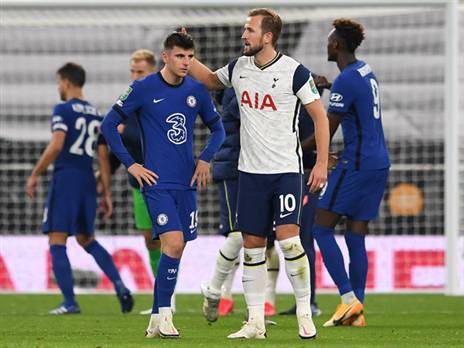 Mount is the tragic hero (GETTY)

*The article has been translated based on the content of Source link by https://www.sport5.co.il/articles.aspx?FolderID=252&docID=350677
. If there is any problem regarding the content, copyright, please leave a report below the article. We will try to process as quickly as possible to protect the rights of the author. Thank you very much!

Singer in the Mask: Just before the finale, here are 10 things we will not miss

In response to the assassination: Iran has approved an increase in uranium enrichment

Mysterious monolith in Utah desert suddenly disappeared: ‘As soon as it appeared, it is now gone’

Klaassen: ‘Happy with every goal. but it is only logical that you cheer less loudly ‘

Iceland’s entire staff must be quarantined, match against Devils continues for...

Anger in Chamber about the persistent delay in the settlement of...

UNICEF: Millions of children are missing healthcare and education because of...