“People attributed the number of deaths to the extraordinary number of tests performed here in Israel, but looking at the hardest figure, which is the number of deaths, shows that we are also among the highest in the world,” said last night (Monday) Prof. Ran Blitzer, a team member Health and head of the innovation department at Clalit Health Insurance Fund, in an interview with the main edition. Prof. Blitzer further emphasized that contrary to the claim that the dead from the corona died due to background diseases, a new study shows that without the corona they would have lived at least 6 months longer.

“In the accumulation of the first and second wave, over the course of something like a month and a half, we reduced by about a third the gap between us and the European Union, which suffered the most severe disease in the first wave,” said Prof. Blitzer. According to him, a large number of factors exacerbated the trend in Israel: “It started on Tisha B’Av, weddings returned, also in the Jewish sector, there were many gatherings, legal and illegal, also back to school. In the end, it should be remembered that this disease has dynamics. Rising – they cause more patients. “ 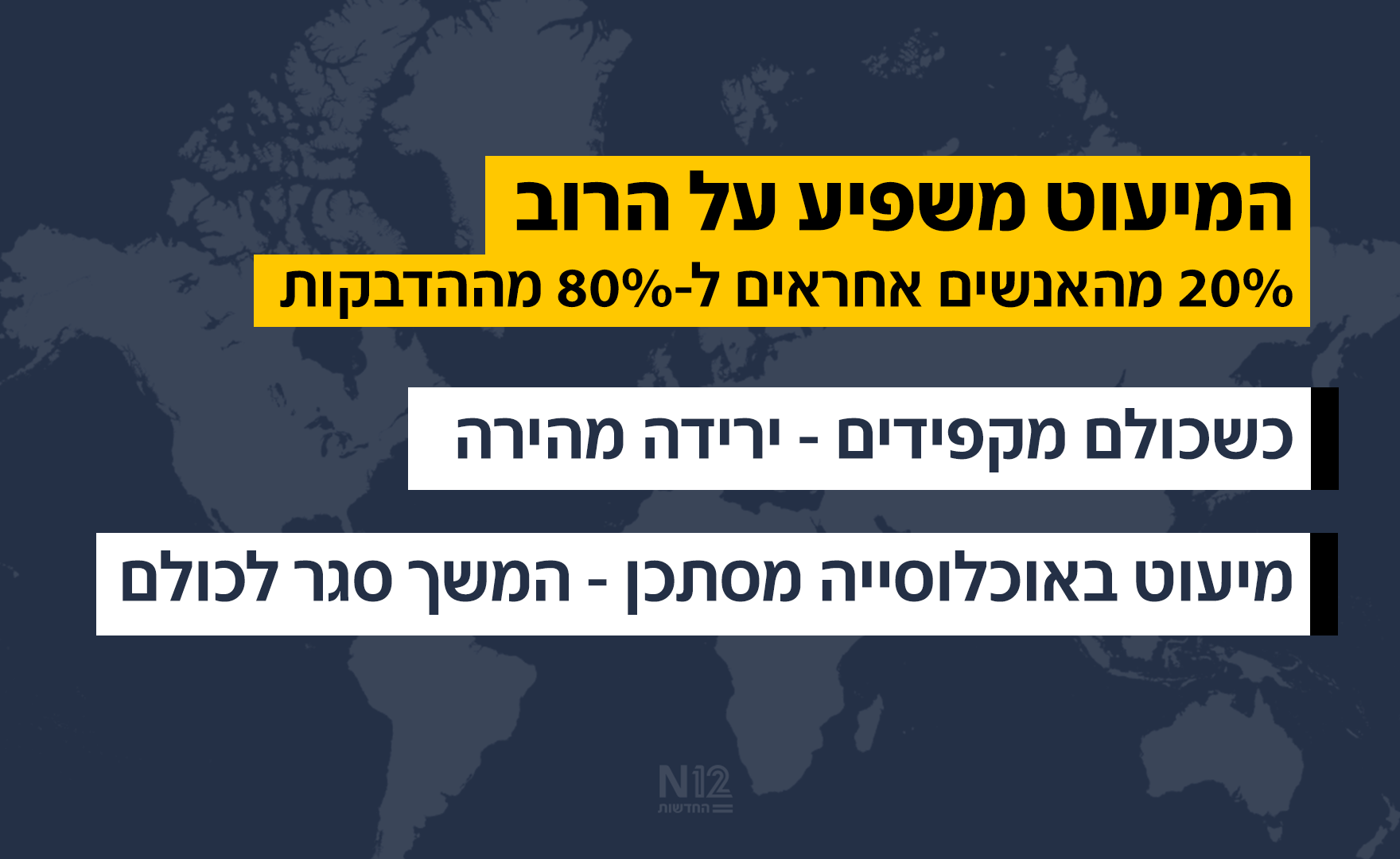 In the medical literature and the health system in Israel, a number of new things have been learned in the past month from studies conducted around the world. “One of the first things you see is that there is a very large influence of the minority on the majority,” Blitzer explained. “Studies show that there is a kind of Pareto law that happens in Corona infection. 20% of those infected are responsible for 80% of the infections. That is, if everyone adheres to the guidelines, if everyone meets only 2-3 people beyond the nuclear family, the numbers go down fast. A minority will behave poorly, all achievements can disappear. “

“The second thing we learned is that staying in a closed space is more dangerous than we thought,” said Prof. Blitzer. “I mean, we knew about droplet adhesion, but what we learned is that there is also an ‘aerosol’ transfer (particles in the air). These are small particles in the air the size of less than a micron and these particles eventually fly and accumulate in the enclosed spaces, This is a big problem. 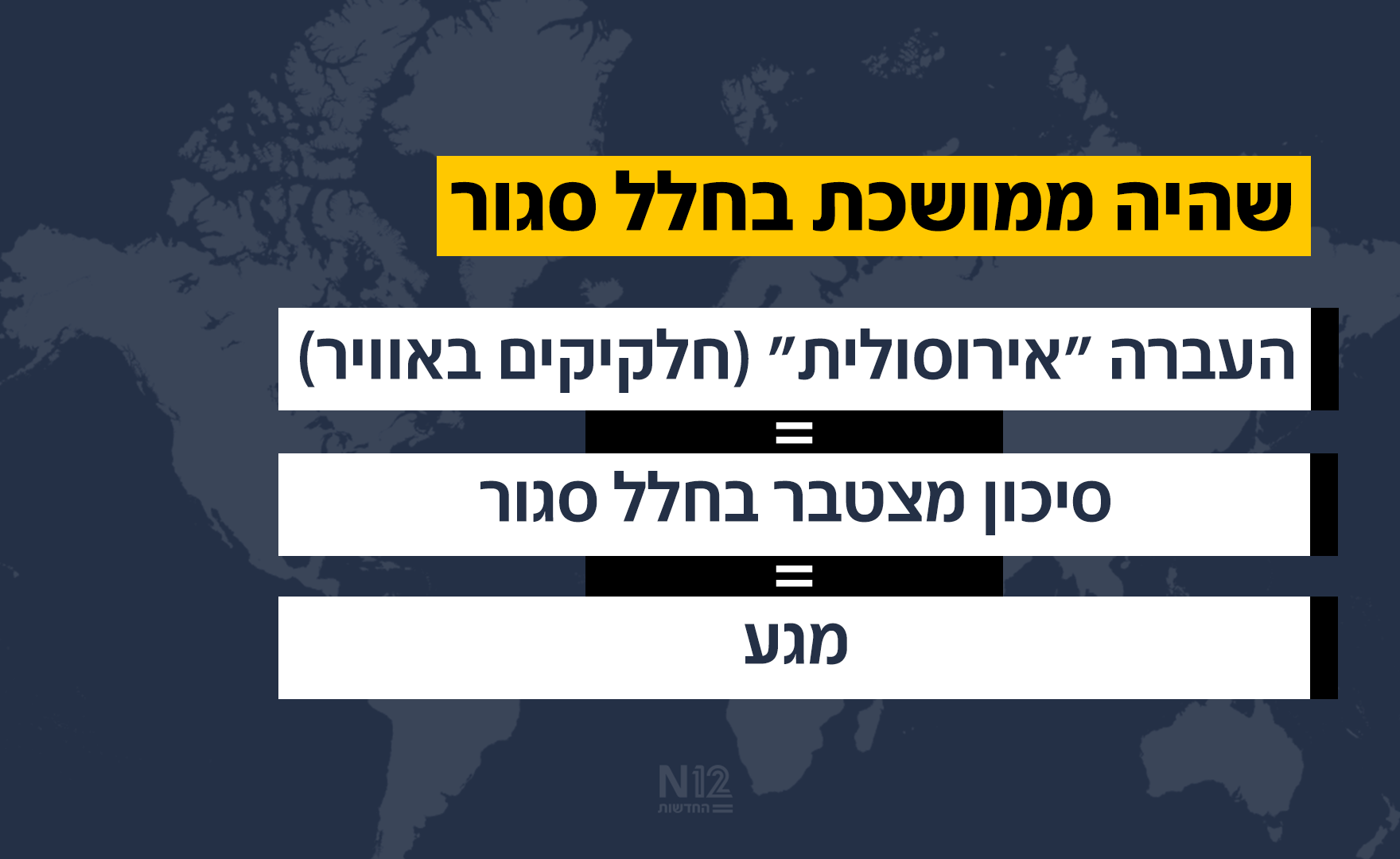 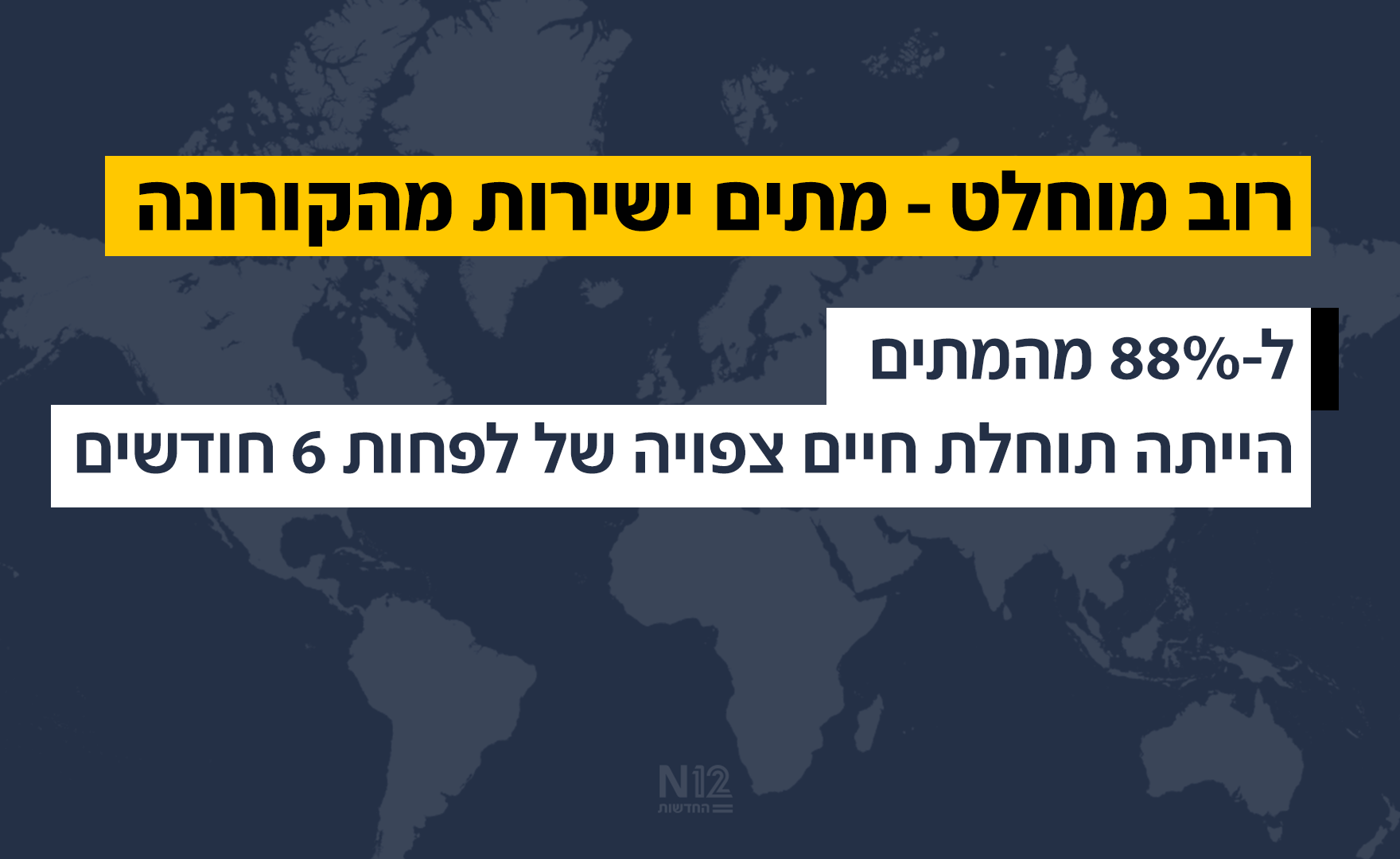 Therefore, Prof. Blitzer recommends avoiding staying in enclosed spaces as much as possible during the coming weeks with any person outside the nuclear family if not absolutely necessary. If it is by no means possible to avoid – then an open window is required, ventilation as much as possible, a mask that is tight on the nose and mouth, along with a physical distance of 2 meters.

A new study conducted at the Clalit Research Institute analyzed the population that died from corona and compared it to identical people in terms of background diseases and age. “We found that only 12 percent of the deaths were expected to have a life expectancy of 6 months or less statistically significantly, and less than 20 percent expected a life expectancy of one year or less, despite the patients’ older age,” Prof. Blitzer noted. “This means that background diseases affect the margins regardless of the corona, and most of the mortality is directly due to the corona.”

Prof. Blitzer further noted that “the huge numbers we see here, which already significantly exceed the expected mortality and are very high in relation to the world, it is because of the corona, not ‘with the corona’ but because of the corona and the aggravation it causes background diseases.” He said that in recent weeks we have witnessed a downward trend in the average age of the serious patients who died, so that “we will have to update the above results and rates, which unfortunately are still expected to rise.”

*The article has been translated based on the content of Source link by https://www.mako.co.il/news-lifestyle/2020_q3/Article-e553587cfd5d471027.htm
. If there is any problem regarding the content, copyright, please leave a report below the article. We will try to process as quickly as possible to protect the rights of the author. Thank you very much!

Coronavirus: Number of deaths continues to fall, even higher than normal

Di Rupo is also thinking about relaxing curfews and expansion …

Hospitals call on Consultative Committee not to loose reins …

Germany: The number of people infected exceeded one million; Brazilian president: “Not going to get vaccinated”

Khamis Abulafia passed away after falling ill in Corona

The smoothie maker in which Clalit Health Insurance is invested is...

For once, all eyes are on the debate between Pence and...

“A vacation in the Emirates is perfect for Israelis”

‘Heerenveen has goalkeeper Miazek (24) on trial’

Coronavirus: 160 patients in and around The Hague transferred to other...

Bertens misses Australian Open after surgery: ‘She was in pain every...