Marina for yacht parking or beaches to the public? The next big battle that will take place in the planning institutions will try to find the balance between the mayors’ desire to develop economic and tourism anchors by building a marina, in the face of the known environmental damage caused by the construction of the marinas in Herzliya and Ashkelon.

In a discussion held this morning (Tuesday) at the Committee on Principles of Principles (and NTA) on a national outline plan for marinas, this time formulated as the refined “moorings”, the plan edited by architect Edna Lerman was presented for the construction of 6 new moorings off the coast of Israel. To be built in Nahariya, Haifa, Hadera, Netanya, Tel Aviv and Bat Yam, along with strengthening and expanding existing moorings throughout the country.The new moorings and those that will be expanded are to be used as moorings for vessels such as yachts, boats, In the jurisdiction of their city are planned the moorings, which expressed broad support for the program, mainly for reasons of economic and tourism potential inherent in their establishment.On the other hand, the Ministry of Environmental Protection and representatives of environmental organizations expressed opposition to ecological damage and reduction of coastal area.

“They did not just stop building marinas in 1999”

“In 2048, there are expected to be 15 million people in the State of Israel, with beaches being the most significant valuable natural resource open to the general public for free,” said Galit Cohen, senior deputy director of policy and strategy planning at the Ministry of Environmental Protection. While the population will increase. The physical impact of a mooring is enormous, and does not end with the mooring strip. There is a negative impact north or south of the mooring along the coast, as a result of erosion and damage to the sand transport to the beaches. They did not just stop building marinas in 1999. The government is still paying a price for the construction of the marina in Ashkelon in the 1990s, when the cost of maritime defenses carried out by the government due to the marina’s damage to the cliffs reached NIS 70 million. Funds that could have been invested in education or health. The environmental and economic consequences of establishing a marina are enormous. The public actually pays twice, once when they took an open beach for the benefit of a marina, and the second time when budgets are channeled to deal with the damage to the marina instead of for the benefit of the residents. In order for the marina to be financially viable, commercial anchors must be established. For years, the marina in Ashkelon was deserted due to lack of economy, and now, in order for it to be economically feasible, all kinds of uses are being established in it that have nothing to do with the beach. There is no justification for new moorings. The anchorage is an irreversible infrastructure, the beaches will be permanently reduced and will not be able to be used as bathing beaches in the future. ”

In the face of the proposed planning for the construction of new marinas, the Society for the Protection of Nature has presented an alternative plan, which will double the existing moorings in the existing moorings, without new marinas being built. “The moorings are destroying entire beaches,” said Nir Papai, vice president of environmental and nature conservation at the Society for the Protection of Nature. “In the end, what audience are the moorings intended for?” More than 80% of the moorings are for private yachts. For water sports no large marina is required. Therefore, the Society for the Protection of Nature proposes to double the existing moorings, without establishing new marinas and damaging the beaches. “Pepi added that” three marinas were established only in the 1990s and we learn from them that they have zero contribution to the urbanity discussed in the plan. In Ashdod it is cut off from the city, in Herzliya next to it is a mall that is collapsing economically. There are many ways to contribute to a city without a marina and beach destruction. Just last summer we saw how crowded the beaches are relative to other countries. “After years, there was finally a recovery in the laying of sea turtles in the area of ​​Netanya and Hadera, and the establishment of a marina will eliminate the turtles.”

Netanya Mayor Miriam Feierberg, who supports the plan to build a marina with 700 moorings in her area, was furious at the allegations, and also admitted that to date Netanya has not been able to position itself as a tourist city. According to her, there is no demand for hotels in the city, and this will only change when a marina is built. “None of the greens will preach to me on green,” Fairberg said at the hearing. “I cleared the mountain of garbage in Netanya and not the greens. Is the sea free? People come to the shores of Netanya from all over the country, but it costs NIS 30 million a year for Netanya residents. We have 11 lifeguard booths, each costing NIS 1.5 million a year. Millions of shekels, even though the sea is the property of the state, it’s like being told to build an elevator in an income tax building in the city, even though it’s not mine. But if someone drowns or is injured it is my responsibility. The cliffs began to crumble in Netanya without any marina, and only because I went to visit The state, start dealing with the issue. So it is true that we have turtles, and frogs and snakes. Fast and they will be built. East of the anchorage, 2,000 housing units and commercial areas are planned, so that all concerned will not worry about building a beach trade because they do not have to. The beach costs us NIS 30 million every year and we have no income from the sea like a port or power station. Never a kiosk, I say first run a kiosk and then give me advice.The marina will give me sex Wof for building hotels, and is a tourist anchor that can strengthen the city of Netanya in many respects even at the socio-economic level. “True, it is possible to do nothing with the beach, but the industry on which the country rests is the tourism industry, and if it does not attract tourists here, then we will be in trouble.”

Marine geologist Dr. Yaakov Nir, an expert in the field, said at the hearing that the marina in Ashkelon proves that Fairberg’s thesis is wrong. “Ashkelon thought that thanks to the construction of the marina it will increase by 10 levels in terms of tourism, Environmental Protection understood the matter. It is forbidden to build more white elephants in marinas, as happened in Ashkelon and Herzliya. “ 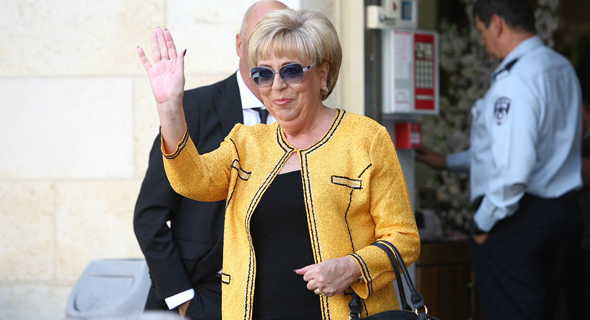 The mayors each tried to convey the message that the construction of a marina is the most requested and easiest thing in their field: “The Hadera port is inside the Orot Rabin complex and is a stretch of beach that does not serve the public as a bathing beach and will never be one,” “A marina in this area will definitely fit in with a plan to build 1,500 hotel rooms that is currently on deposit.” Nahariya Mayor Ronen Marley also adhered to the position: “In Nahariya there are quite a few beaches open to the public, from a section of 6.7 km, we are asking for 700 meters of rocky beach in favor of a marina where the damage will be small. Nahariya has always been a resort town and it is not like that today. Marina will also provide us with employment, commerce and tourism. ” Be also a bathing beach, because it is a rocky beach.

*The article has been translated based on the content of Source link by https://www.calcalist.co.il/real_estate/articles/0,7340,L-3851760,00.html
. If there is any problem regarding the content, copyright, please leave a report below the article. We will try to process as quickly as possible to protect the rights of the author. Thank you very much!

Kiryat Ono: A man is found lying unconscious next to a bicycle

Research that could change the way premature babies breathe

Engineer at the Technion to build an escape room: “I needed something else”

Rouhani: “Israel is behind the assassination of the scientist – it will not slow down the nuclear program”

More than half of hospitals in the region impose an admission...

MK Mickey Zohar: “I do not rule out the possibility of...

Virgin River season 2 binging can begin on this date