The Lynk & Co 01 has been on the market in China for a while. Initially, the SUV, which shares its platform with the Volvo XC40, was known as the Geely CX11. Both the Chinese and the European version are on the CMA platform. Both variants thus share their underlying technology with the XC40. In terms of size, the two are not very different from each other: the Lynk & Co 01 is 11.6 cm longer than the XC40 with a length of 4.54 meters. The wheelbase of the 01 is 3 centimeters longer than that of the Volvo. Rear passengers have 8.2 cm more legroom in the Chinese than on the back seat of the Swede. The luggage space is almost the same: the 01 offers 466 liters of luggage space with the rear seats up, which is 6 liters more than in the XC40.

There is a choice of two powertrains: first, there is a plug-in hybrid. It has a 1.5 three-cylinder turbo engine with 180 hp and 265 Nm of torque, which works together with an electric motor that delivers 81 hp and 160 Nm of torque. The combined power is, according to Lynk & Co, 261 hp. The battery capacity is 16.7 kWh, making the theoretical electric range 70 km. That is significantly more than the Chinese variant, which has a 9 kWh battery. The plug-in hybrid sprints to 100 km / h in 7.9 seconds and the top speed is 220 km / h. In addition, a regular hybrid is available, which is only delivered in Europe. Under the hood of this version also houses the 1.5 three-cylinder, but with 143 hp and 215 Nm of torque. The electric motor delivers 54 hp and 130 Nm of torque, bringing the combined power to 197 hp. The performance of the regular hybrid is a bit less spectacular, but a sprint time to 100 km / h of 9 seconds and a top speed of 190 km / h are not bad values. Both variants have a seven-speed dual-clutch automatic transmission. Interestingly enough, Lynk & Co does not seem to choose to limit its cars to 180 km / h, unlike Volvo.

In terms of equipment, all cars are the same, so no additional options are available. Customers can only choose from two colors: black or blue. The architecture has been further improved for the European variant to meet higher safety standards, including an additional side airbag in the front. The powertrains have also been specifically developed for the European market, as mentioned above, and the chassis has been tuned differently. Subtle adjustments have been made to the exterior. The headlights, the ones in the bumper, the front bumper itself and the grille differ slightly from those of the Chinese 01. We also notice a new, more sleek bumper on the back.

The biggest changes have been made to the interior, because it is completely new compared to the Chinese variant. The dashboard, center console, air vents and instrumentation have been given a much tighter and more modern design for the European market. The ventilation grilles, which extend over the entire width of the dashboard, stand out in particular. The in-car infotainment system is also completely new, with a larger screen and an additional focus on connectivity to facilitate car sharing. The use of materials and the finish have also been improved. Lynk & Co only uses sustainable materials, including recycled fishing nets.

Although the platform is shared with Volvo, the business model of Lynk & Co is so different that CEO Alain Visser does not fear ‘cannibalism’ with the Swedes, he responds to questions from AutoWeek. Furthermore, no specific target group in terms of age has been taken into account, but Lynk & Co generally focuses on people who would like to experience car ownership in a different way. In China, the business model of Lynk & Co is more traditional than in Europe, where buying cars is still very popular. But Visser expects that this trend can change quickly in China.

Lynk & Co works together with Volvo to facilitate maintenance. The status of the car is tracked and it notifies you when a service is required. The car will then be picked up and taken to the nearest Volvo dealer. 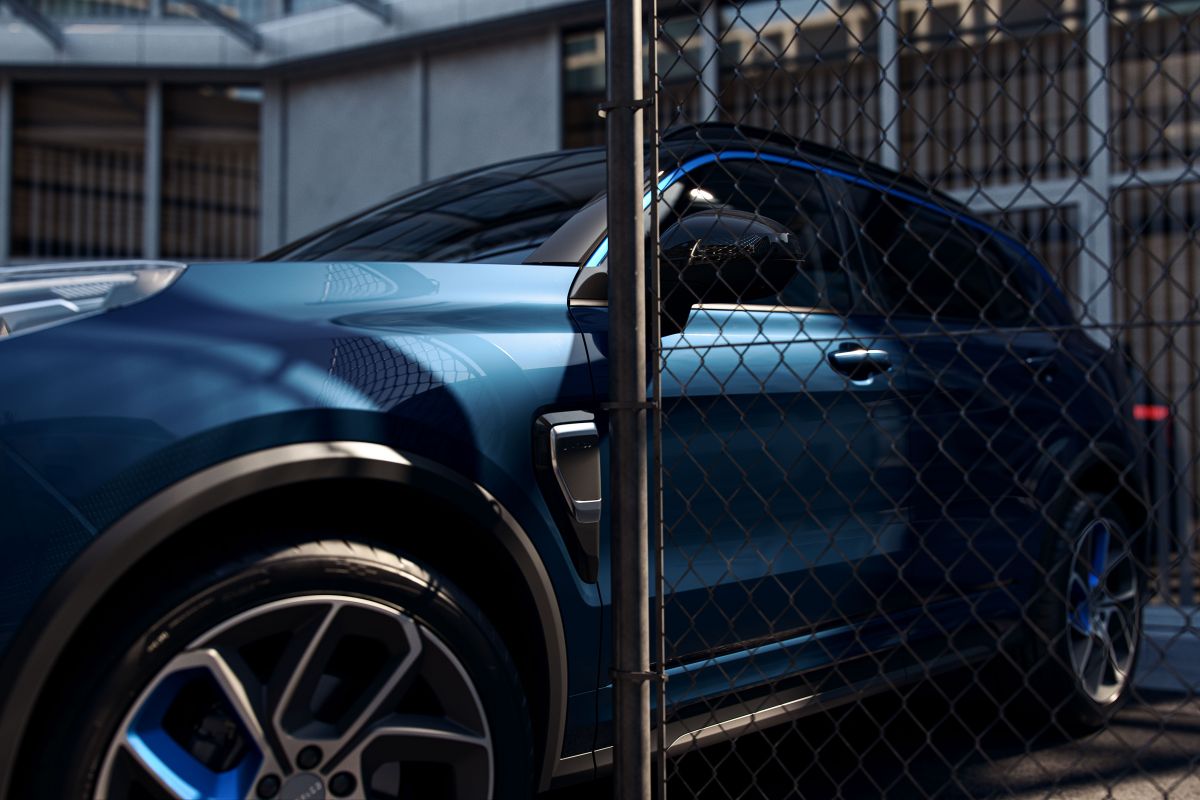 In fact, Lynk & Co came to the conclusion that no new car brand is needed, but a new mobility concept. The brand has looked at three global trends among customers. Traditional ownership is less important, according to Lynk & Co, it is about the use. This makes car sharing increasingly interesting, according to the brand. In addition, in-car connectivity has become increasingly important to customers. The third trend identified by the brand is the increasing focus on sustainability.

Lynk & Co has used these three factors to develop a new business model. The Lynk & Co subscription costs a maximum of € 500 per month, which includes all service costs. This amount can be lower when you start sharing the car. The subscription is not mandatory, you can also buy the car if you wish. Car sharing is done via a digital network that allows you to share the car at any time. Someone else can then open it via an app.

Lynk & Co wants to stimulate sharing by reducing costs when the car is actually shared. The brand promises that in theory customers can drive a car ‘for free’ if it is sufficiently shared. It is also possible for customers to become a member for free without a car. In that case you only pay for the costs of use.

Amsterdam has a scoop

The first store will be opened in Amsterdam at the end of October. Amsterdam is also the first city to get such a physical ‘club’. By then, customers can also sign up for a subscription. The individual prices will be announced in a few months, so by then it is also possible to buy the 01. Lynk & Co initially wants to emphasize the subscription model.

*The article has been translated based on the content of Source link by https://www.autoweek.nl/autonieuws/artikel/lynk-co-naar-europa-met-01/
. If there is any problem regarding the content, copyright, please leave a report below the article. We will try to process as quickly as possible to protect the rights of the author. Thank you very much!

Horeca wants more support after lost end-of-year period: “We saw it coming, but it remains a huge blow”

Meeting four in your own garden? “Only if you don’t honor …

‘Listen to the doubts about the vaccines’

Virologists and healthcare sector respond with relief to Consultation Committee: ‘Brave and foresight’

‘More than a quarter of bodyshops continue to be loss-making

Called up Labyad can play for Morocco for the first game...

Idibi: An invitation to make offers to purchase DSK shares

Farewell to Yehuda Barkan: “Working alongside him was a gift”