The moment of truth for Hapoel Jerusalem will come tonight (18:30, SPORT5), and the one who symbolizes the team’s supreme efforts to put the strongest staff possible in the Final 8 even after Jacoben Brown’s injury is Nikos Papas, who was signed during Bezeq only for the Final 8 games. In an exclusive interview, just before he goes up for what could be his first and final game in red, Papas talks about expectations, integration into his new team, and closing the circle with Oded Katash.

You’ve played 7 years at Panathinaikos, you’re used to being in the same place for a long time. How hard is it to come to a group for such a short period of time?
‘It’s a very special situation, but at the end of the day it’s just basketball and I’ll try to help the team. I know most of the players already played together last season, but everyone is helping me to get into things as quickly as possible. Everyone received me very nicely, the actors, the staff. Of course it’s hard for me to remember everything and know exactly what the philosophy is, and also hard to absorb the atmosphere and mentality of the team in just a few days, but there is a tough game ahead of us and everyone is important, and I will give my all.

What can you tell us about your physical condition? You had some serious injuries and did not play regularly for a long time
‘True, my last intense game was about a year and a half ago. I worked all summer, I feel ready to play and feel good with my body. “Before I came to Hapoel, I kept fit with one of the teams in Greece, so I’m ready.” 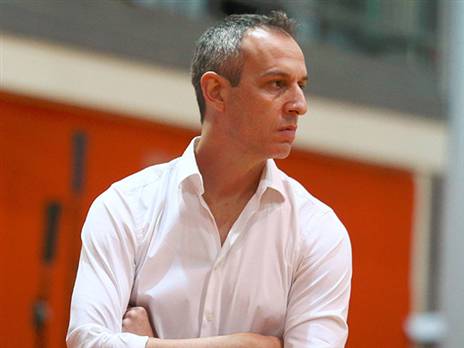 There are a lot of Greek coaches who have come to Israeli basketball recently, do you think maybe you will start a trend of Greek players coming to us?
(Laughs) Why not? It of course depends on the coaches. From what I have heard, the league in Israel is no less good than the Greek league, there are also very good Israeli coaches like Oded Katash. “

What is it really like to play under a kitsch, even if it’s for a short time? You are identified with Panathinaikos and it is considered a legend there
‘I was very happy to hear that he was the coach and I was happy to play for him. Katsch in Greece is a huge name. I was 10 when he won with Pau in the Euroleague and I was even there in a game in Thessaloniki, so this is a very nice closing circle for me. He’s young and I think he’s the next big thing. ‘

As a player we know you like to push the ball, attack the basket, you play with a lot of passion. What are the things you will be able to express?
‘It’s hard to play your game 100% after just a few training sessions. I hope to be able to bring all I can within the method and game plan. That Katsh likes to give players freedom is of course helpful, but a lot depends on how the game develops. ‘

Burgos is in better shape and has already started the season in the Spanish league, what are your chances?
‘I like our chances. I think it’s mostly up to us, Burgos is a very good team but it’s up to us. ‘

What are your goals after Final 8? Are you aiming to return to the Euroleague?
‘I have no goals other than the game against Burgos. I’m all focused on my task with Hapoel and I did not even think about what would happen next. ‘

*The article has been translated based on the content of Source link by https://www.sport5.co.il/articles.aspx?FolderID=407&docID=350700
. If there is any problem regarding the content, copyright, please leave a report below the article. We will try to process as quickly as possible to protect the rights of the author. Thank you very much!

Average number of deaths per day is barely rising

Geraint Thomas leaves the Tour of Italy after a crash on...

For fear of ultra-Orthodox ‘revolt’, kindergartens in ‘red cities’ are allowed...

Consumer pays 50 to 100 euros extra insurance premium due to...

The Netherlands joins France in the fight against the omnipotence of...