The Jumbo Stock chain filed a complaint against the trademark registrar this morning against the Fox Group’s request to register the name JUMBO.

Jumbo Stock chain of stores. Opposition to the use of the name Photo: Nitzan Gur

This morning, Jumbo Stock filed its objection to the registration of the designed logo of the Greek Jumbo, claiming that the name might mislead Jumbo Stock’s customers.

“The JUMBO (formatted) sign is phonetically identical to the opposing sign in its dominant component, JUMBO, in that the two signs are spelled the same, drive the same and therefore sound the same. Is the word JUMBO which is written in the same way in both signs “, wrote the lawyer Gali Opinsky, from the law firm Lipa Meir & Co., which represents Jumbo Stock.

It was further argued in the opposition that the application of the Greek Jumbo was submitted for registration in relation to services almost identical to those provided by Jumbo Stock in Israel. “Thus, it must be assumed that the consumer audience to which the applicant addresses is the same as the consumer audience of the respondent … The more common products that appeal to a wider audience, the greater the risk of deception and confusion that the mark registration and its use may create.”

“In addition, the registration of the mark may cause unfair competition while the opponent has been active in the Israeli market for years and has acquired reputation “A rabbi in Israel,” the opposition wrote. “It is impossible to ignore the fact that the applicant, a foreign corporation from Greece, seeks to enter the Israeli market, in the same field of activity, with almost the same name, and illegally enjoy the reputation acquired by the opponent.”

The Fox Group has a nationwide distribution network of stores on a large scale, it was written in opposition. “Joining the Fox Group to enter a field in which it had no foothold at all, using the opposition’s immense reputation, is a sin of crime, and the epitome of unfair competition. The Israeli business owners who are fighting for their existence, “claims Jumbo Stock in the letter of opposition. 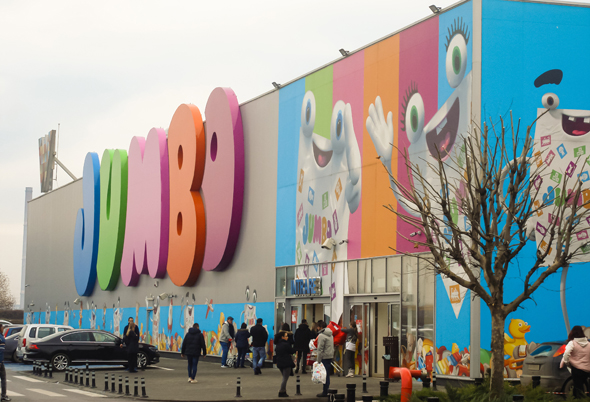 According to her, “The opponent built her reputation with hard work, with huge investments in setting up a chain of stores and huge investments in advertising … The opponent employs hundreds of workers who support thousands of their families. In this challenging economic period, be careful not to rob the opponent’s factory “And a foreign competitor will be given a foothold, with the help of a trading giant such as the Fox network, which will take advantage of the opponent’s great reputation in its mark, in unfair competition.”

The Israeli chain, owned by Roi and Nono, has been operating in Israel since 2015 and operates 11 branches, and will establish five more branches by the end of 2021. In addition, it has been running an online website since 2019.

Jumbo Stock filed three applications for registration of the trade name Jumbo on 9 September and its applications were examined by the Registrar who ruled that these marks should be in a competitive proceeding against the Greek Jumbo. In addition, Jumbo Stock will file two additional trademark registration applications. 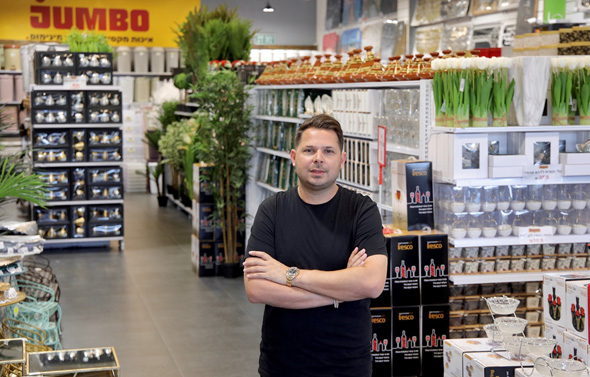 Roi and Nono, owners of the Jumbo Stock chain, said that “the international definition of a jumbo stock chain is inaccurate. It is not Zara or H&M that is a familiar name to every home in Israel. The Greek Mebo “,

According to Venuno, “this situation will mislead the consumer in an irrational way. It could lead to a situation where their customers come to exchange products with me because they will be confused.”

*The article has been translated based on the content of Source link by https://www.calcalist.co.il/marketing/articles/0,7340,L-3851912,00.html
. If there is any problem regarding the content, copyright, please leave a report below the article. We will try to process as quickly as possible to protect the rights of the author. Thank you very much!

Famke Louise makes a new statement, with a mouth mask

Kitten Appie in a buttoned bag dumped in a Rotterdam waste...

Special installations on the roof of apartments in Boom: “Waterst …...

Geoffry Hairemans has to compete with a lot of competition –...

‘That must have sounded like music to Abiteboul’s ears’