Last season Miami did not make it to the playoffs at all and the breakup from Dwayne Wade attracted the most attention. In the summer Jimmy Butler came to team up with Bam Adbaio, the Heat hit a bull when they drafted Tyler Hiro – thus creating one of the toughest and most trained teams in the league, one that peaked in the “bubble” and advanced to the NBA Finals Sunday night after finishing 113: 125 over Boston And 2: 4 in the series.

So before we refer to the man who brought Miami to its final (2014) final and stands between it and a third championship, LeBron James, there was also not a bad game at all. In the series against the Celtics, the heroes tend to change: once it was Hiro who scored 37 points, other times it was Goran Dragic or Butler – this time Adbaio was the one who carried the hit on his back on the way to a huge battle for the ring. And that’s after they finished in fifth place only in the East.

The Miami All-Star was tremendous with a career-high 32 points, to which he added 14 rebounds and 5 assists. He took control of the game in the final quarter and with a 96:90 lag, nine minutes to go, decided to attack the basket time and time again. Boston had no answers to his aggressiveness and also to Hiro’s shooting (19 points). Butler, the stable man on the team, assisted them with 22 points and 8 assists. On the other side, Jaylen Brown (26 points) and Taitum (24) led the disappointed Celtics.

Adbaio, who blocked Taitum’s dunk attempt at the end of game number 1, set the tone this time as well and compensated for mediocre ability in game number 5. “I disappointed my teammates in the previous game, I showed who I really am. , ”Adbaio said at the conclusion. “It’s an amazing thing to win in the regional final, but at the end of the day we have four more games. We still have work to do.”

Eric Spolstra, who is recording a fifth final as a Miami coach and wants to win for the third time, complimented his forward: “If he is one of the biggest competitors in the league and he will be one of the biggest winners in history. Even though he is only 23, “The responsibility is on his shoulders and he is not afraid of it. He is a good guy and people like to be around him, he cares about his teammates and victories – he is the heart and soul of the team. Adbaio is going to be the reason we win the championship.” 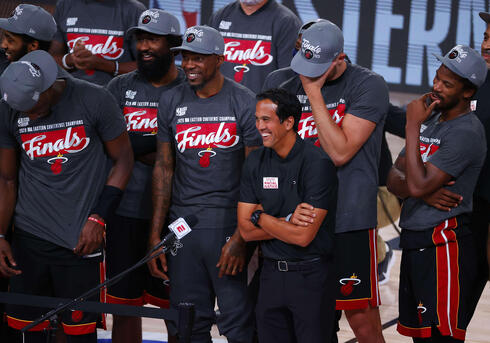 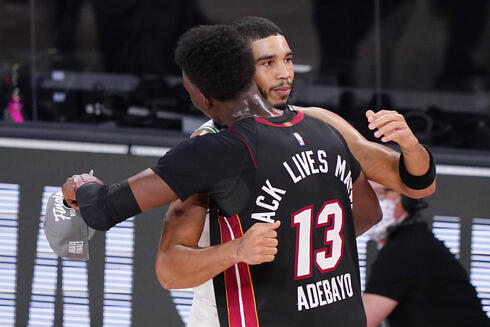 Boston coach Brad Stevens added: “Adbayo just decided he was penetrating the basket in the last quarter, causing us problems because we could not leave the scenes around him. The hit is so physical and tough, mostly he is. Even when he is not scoring, his presence is so felt. We lost to the best team. Good in the East, she deserves to represent the region in the final. “

Along with the compliments, Miami does not have too much time to celebrate and already between Wednesday and Thursday (4:00) it will meet the Lakers for game number 1 in the final. By the way, LA also did not participate in the playoffs last season – this is the first time in history that two teams meet in the final a year after not qualifying for the post-season.

By the way, after the game Magic Johnson tweeted to Wade and asked who he would encourage, his former team or his good friend Baron James? Wade answered him with a laughing emoji and wrote that it was a win-win situation, but also added that he remained loyal to the club where he starred for most of his career.

Jimmy Butler, who has met LeBron James quite a few times in the playoffs, knows who needs to be stopped: “It’s very simple and it’s been like this for a long time. If you want to win, you have to go through LeBron’s team. “Because there are good players around him, but the real test is to stop him.” 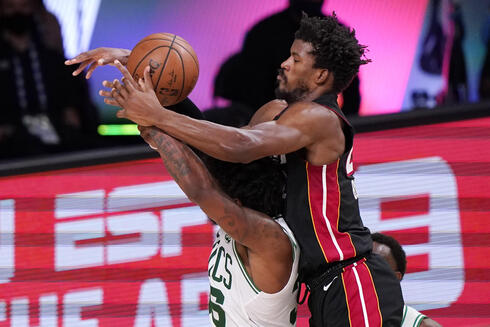 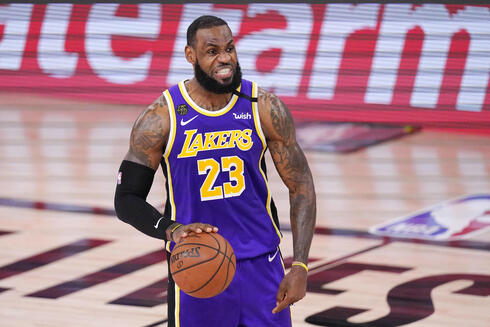 No one will admit it in Miami, but there are those who will also want revenge on LeBron for leaving her in 2014. The strong man at the club, Pat Riley, really did not like the “abandonment” of Cleveland after only four years, which broke up the dynasty with Wade and Chris Bush. So it was just a constellation, today the hits are on the other side of the scale – a bunch that works hard together and in every game someone else rises.

*The article has been translated based on the content of Source link by https://m.ynet.co.il/articles/58037850
. If there is any problem regarding the content, copyright, please leave a report below the article. We will try to process as quickly as possible to protect the rights of the author. Thank you very much!

A cargo scene in the southern Golan Heights was exposed –...

Police officers receive a one-off bonus of 300 euros ‘as a...

Zlatan Ibrahimovic Lashes Out at EA Sports: ‘Time to Investigate This’...

Elia responds after incident with cameraman: ‘This is very sad again’