With a completely different squad, quite a few upheavals last summer and one corona that casts a shadow over everything, Hapoel Jerusalem wants to finish what it started: tonight (Wednesday) it will start its way in the “Final 8” tournament of the Champions League in basketball, when it meets San Pablo Burgos from Spain In the quarterfinals. Jerusalem will go into the game without the home advantage, as it will be played as part of the concentrated tournament in Athens – and yet, it is only three victories away from a second European title in the club’s history.

Listen to the broadcast on 5 RADIO ->

A lot of water has flowed in the river since Jerusalem’s last game at the factory: it happened somewhere in early March, when the Reds managed to return from Greece with a 73:79 victory over Priestri. since? It all happened: the Corona stopped everything for three months, Jacoben Brown and Tyson Thomas returned to the United States, Jeremy Fargo landed, Jerusalem reached the Final Four – but lost to Maccabi Rishon LeZion from a hysterical victory of Adam Ariel, and had to lick the wounds and build Herself anew.

And in front of it is a challenging opponent: unlike Jerusalem, which played only one game in the Winner’s Cup, Burgos already after three league games – which they finished with two wins and a single loss. Juan Panaroya and his players finished in fourth place last season, after reaching the local Final Four – and were beaten by Barcelona in the semi-finals. Now, too, they want to start again – and finish what is unfinished. 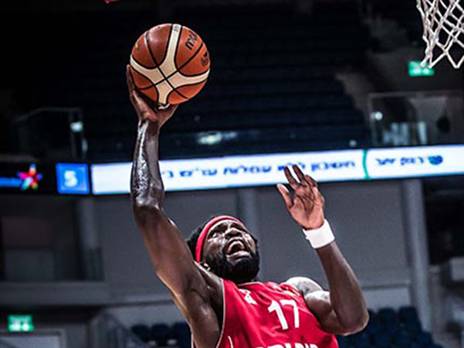 Gets a chance in a quintet. Braimo

The Reds in a disappointing opening (FIBA) 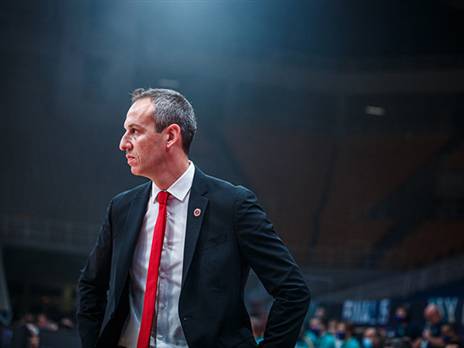 Katsch in his important game (FIBA)

the progress of the game
Jerusalem opened with Tamir Blatt, Tariq Phillip, Malcolm Hill, Suleiman Braimo and Tyson Thomas. The opening was for the Spaniards, and control under Diane Kravitz ‘baskets gave them a 6-0 lead. Jerusalem woke up a bit, mainly thanks to Tyson Thomas who with six in a row returned to 11: 8, but Kravitz continued to excel and opened a gap of nine early in the game, 18: 9, and a three by Omar Kook had already increased to 12. Nikos Papas and Luka Mitrovic came off the bench and shrank a bit. At the end of the first quarter, 23:15 to Burgos.The second quarter continued the trend of improvement, with points from Papas and Braimo, but on the other side came a big three by Theo McFadden that brought the difference back to 8, and Jordan Sacco kept the difference at the double-digit gap, 30:20. The Spaniards ran 0:10 en route to a record gap of 18 points.

This time, too, when Jerusalem reached the bottom of the barrel, it again minimized the damage – and a 0: 5 run ended with a three by Davidas Servides, 40:28. But the gap remained in double digits, Tamir Blatt once again demonstrated a confused evening, and McFadden brought it back to 18 points. Not a good evening and at the end of the first half, 49:32 to Burgos. 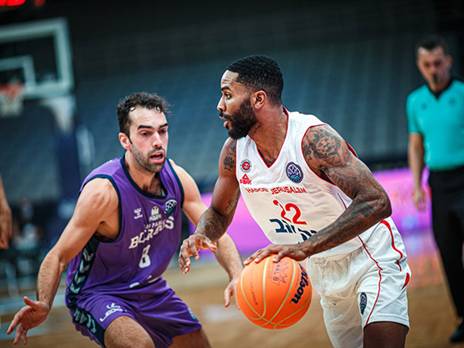 Jerusalem got entangled in the first half (FIBA) 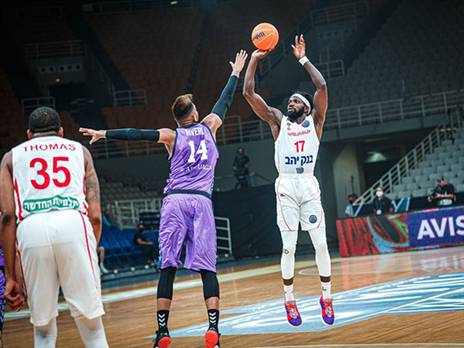 *The article has been translated based on the content of Source link by https://www.sport5.co.il/articles.aspx?FolderID=407&docID=350715
. If there is any problem regarding the content, copyright, please leave a report below the article. We will try to process as quickly as possible to protect the rights of the author. Thank you very much!

Strengthens: Michael Young on the verge of a conclusion in Nahariya

Wim De Decker is concerned: “Will have to talk seriously about a few things” and “That is disturbing” – Voetbalnieuws

Zidane despondent after new loss: “That worries me”

Verstappen ‘just honest’ about race Albon: ’30 seconds behind it is not very good’

Zahavi no ‘coat rack’ for drastically changed PSV: ‘Half the balls lost’

A winning goal for Kabani in extra time

0: 0 from heaven between Chelsea and the Spurs, who returned to the top

This is how you honor Maradona: Insigne and Mertens score in an Argentinian shirt in a big victory against Roma | Serie A...

Romain Grosjean after the conflagration: “Thanks to the halo I’m more or less okay” | formula 1

Kortrijk keeps the three points at home against KV Oostende after a pleasant game of football: 3-1 | 14th matchday JPL

Maccabi Tel Aviv against Hapoel Kfar Saba 0: 3, the reactions and the summary

PM on statements against bereaved family in Caesarea: “Defend with all...

An engineer at the Dominion company testified: There was widespread election...

Gran Turismo 7 may be released in the first half of...

Aston Villa demolishes the Liverpool dyke and puts 7 (!) In...